Australia is perfect to learn surfing. Thousands backpackers and travelers are infected every year on his Tripp to Australia from Virus surfing. The many surf spots, surf camps and mild climate make the entry into this fascinating sport for everyone possible.

With 7.8 million square kilometers and 22 million inhabitants of the country Australia is the main part of the Australian continent. The majority of the population lives in the cities on the coasts. The largest cities are Sydney, Melbourne, Brisbane, Adelaide and Perth. The six largest country in the world offers surfers a variety of top-class surf spots.

With its beautiful beaches and the mild temperate climate, the focus of the surfing behavior is on the states of Victoria, Queensland, Tasmania and New South Wales with its famous Gold Coast. The biggest waves breaking in the Australian winter from May to August. At the numerous first-class and famous surf spots such as Bells Beach, Kirra, Burleigh Heads, Snapper Rocks, Main Beach, North Narrabeen Point, Manly Beach, Curl Curl etc. can be surfed all year. At hundreds of surf spots you can learn to surf in one of the many surf camps here.

The Epiccentrum for all surfers is the section with the name Gold Coast on the south coast of Queensland. 60 km coastline provide surfers from around the world a cluster of world-famous surf spots and first-class nightlife.Further south you will find with Byron Bay the most famous seaside resort for surfers in Australia. With Snapper Rocks Coolangatta, Tweed Heads and Burleigh Heads, this region produces the best surfers and young talents of the international surfing scene, including the two-time World Champion Mick Fanning and his childhood friend Joel Parkinson.

On the south coast you can find with Bells Beach south of Melbourne another world famous surfing spot of Australia. 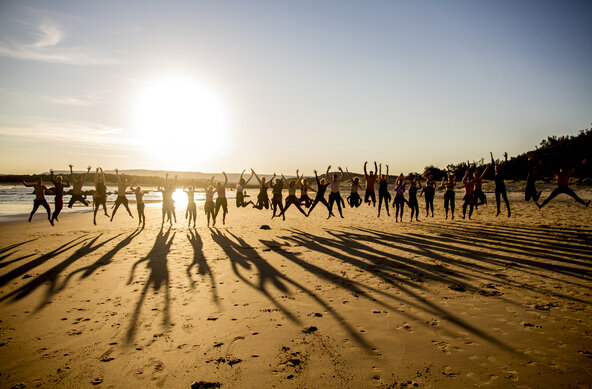 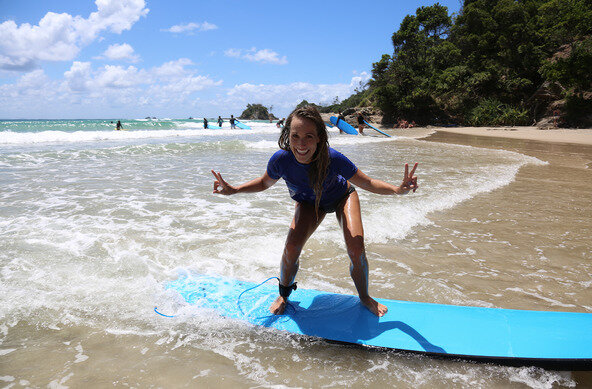