The Quiksilver Pro France, the 7th leg of the 2009 ASP World Tour, will take place in France from 23 September to 4 October. The only French event on the ASP World Tour will also be the first of the three European legs of the prestigious professional circuit that brings together the best 45 surfers on the planet.

The world's top shortboarders, led by current world rankings leader Joel Parkinson, nine-times World Champion Kelly Slater, and a historic contingent of no fewer than seven European surfers, will all be there in France vying for victory in a crucial stage of the 2009 Tour, in world class waves.

A mobile event, the Quiksilver Pro France is designed to be able to move to the very finest spots on the coast of south-west France at just a few hours notice, to take advantage of the best waves the Atlantic Ocean has to offer, from Seignosse to Saint-Jean-de-Luz via Capbreton and Hossegor.

The Quiksilver Pro France will be broadcast live avec with commentary in French, English and Portuguese, as well as VOD, news and photos at: www.quiksilver-europe.com

With three victories (Gold Coast, Bells Beach and Jeffrey’s Bay) after five events and a 9th place as his worst finish (in Tahiti), Australia's Joel Parkinson has staked a serious claim to the title of World Champion 2009. Behind him, it's nip and tuck between former world champion CJ Hobgood of the USA, Brazilian prodigy Adriano de Souza and Australia's Taj Barrow, lying in 2nd, 3rd and 4th place respectively. A winner in Brazil, Kelly Slater is currently 8th in the provisional world rankings and is lying in wait for a potential record 10th world title. But to do it, the King will have to end the season in blistering style.

An unprecedented European contingent among the elite

With their ranks having swelled from four to seven in the space of just a season, the European surfers in the Top 45 have made history, and have now got surfing's traditional powerhouse nations looking over their shoulders. Jérémy Florès has been in the Top 45 the longest of any of the Europeans. Rookie of the year in 2007, 10th in 2008 and current world n°16 (after the South African leg), he's having a good start to the season, despite his rapidly evolving technique and physique. The Frenchman, born in Madagascar and raised in Reunion, is the natural leader of a group that boasts talents including: Miky Picon from south-west France, the Portuguese Tiago Pires, Euskadi’s Aritz Aranburu and three newcomers: Michel Bourez (Tahiti), Marlon Lipke (Germany) and Tim Boal (France) who have taken their first successful steps into the world of the elite.

Don't miss: YUKSEK in concert at the Quiksilver Pro France
The Quiksilver Pro France will be hosting a one-off concert by YUKSEK. Pierre-Alexandre Busson, alias Yuksek, hails from the French city of Reims. His work follows in the footsteps of renowned artists like Daft Punk, Justice or Air. A trained pianist, Yuksek became a virtuoso in the art of creating music as a producer and artist. Since his first abrasive remixes, his career has turned into the new electric success story à la française, with a terrific album and an electrifying sound: "Away from the Sea", released in February 2009 on Has Been / Sound of Barclay.
http://awayfromthesea.artistes.universalmusic.fr/ 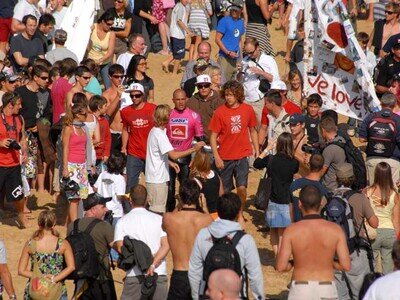 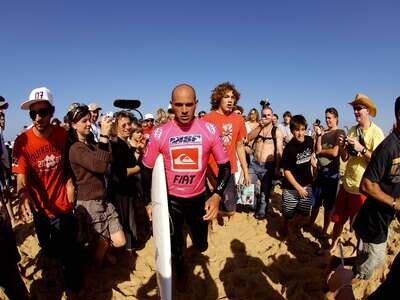 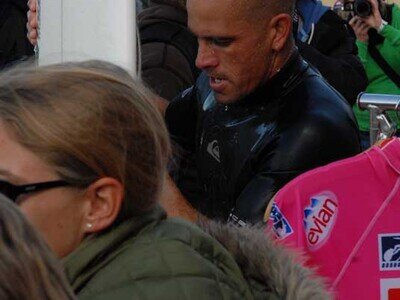 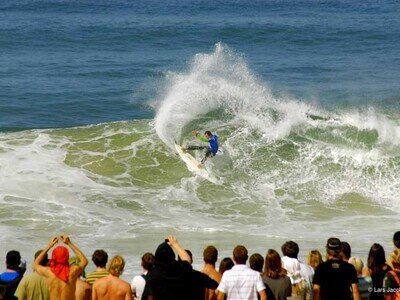