In clean 2m waves, the fast surfing natural footer dipped into his back of tricks to lead the final from the outset, opening the with the heat high 7.00 score. SLATER struggled to find an open faced wave in the 35-minute final, his top score of a 3.93 coming at the half way stage.

31-year-old BURROW increased his lead late in the match with a 5.83, leaving the reigning Billabong Pipe Masters Champ SLATER chasing a 8.90 at the death. The final score had BURROW 12.83 to SLATER 7.10.

While BURROW'S consistency was evident throughout the 2009 ASP Men's World Tour, an event win had alluded him until today's Pipe Masters. Awarded $40,000 for the win and a $50,000 bonus from the VANS TRIPLE CROWN OF SURFING, the $90,000 pay day a perfect christmas present for the new world number four.

Defending event champion SLATER was entering his 14th Billabong Pipe Masters final and chasing his seventh win against BURROW. The inform surfer in early rounds, the 36-year-old easily accounted for Aussie DEAN MORRISON on his way through the semi's and looked on track to secure another unprecedented title. Mother nature played a larger part in the final result with the waves needed to post the big scores alluding the greatest surfer of all time. Finishing the 2009 tour in 6th, SLATER is yet to indicate whether he will compete full time in 2010.

It was an all autralian showing in the Hawaiian season with MICK FANNING and STEPH GILMORE claiming the respective ASP World Titles and JOEL PARKINSON claiming the highly sought after VANS TRIPLE CROWN OF SURFING.

It was a bitter sweet finish to 2009 for world tour runner up PARKINSON, awarded a $50,000 dollar pay day for winning the prestigious VANS TRIPLE CROWN OF SURFING. Recognized as surfings greatest prize outside of the ASP World Title, the 28-year-old's performance in the three Hawaiian events saw him hold a commanding lead on the Vans Triple Crown Ratings heading into the Pipe Masters. When CJ HOBGOOD went down to countryman DANE REYNOLDS in the Quarter Final's, PARKINSON claimed the trophy for the second year running. It was a sweet consolation prize for the Aussie pro after losing the world title race to close friend MICK FANNING two days ago.

Surfing's world tour will take a two month vacation, starting the 2010 season on the Gold Coast next March. 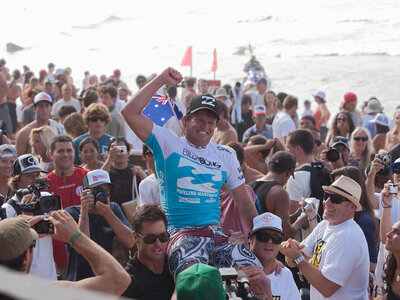 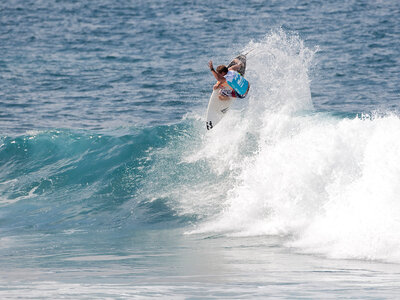 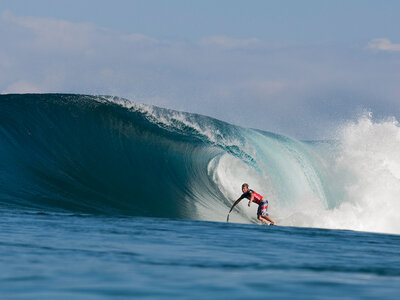 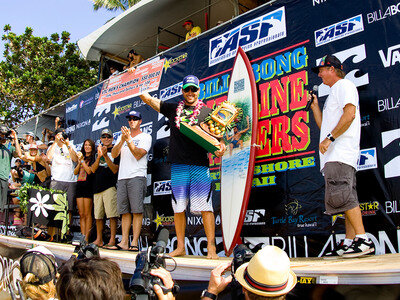 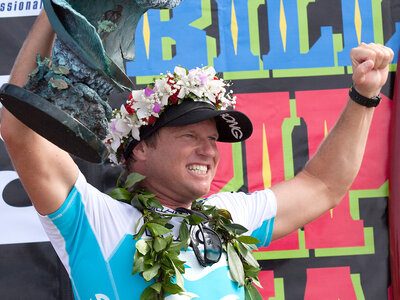 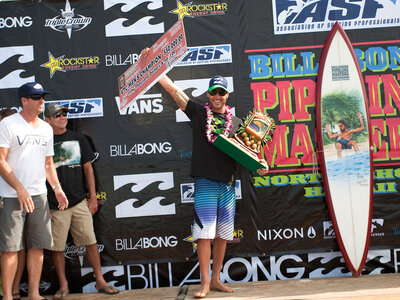