March 28, 2010 - Marrawah, Tasmania, Australia - In some of the best conditions this competition has seen so far, Stuart Kennedy took out the 2010 O’Neill Cold Water Classic Tasmania in emphatic style with the highest combined heat total of the event.

“I guess I just got super confident towards the end,” said Stuart who was surfing in his first ever 6 Star ASP event final. “I was really nervous out there,” he said. “But I was almost crying when I got that 9.5”

The 20 year old from Lennox Head, Australia scored 18 points in the final heat to beat the sublime talent that is Wiggolly Dantas, and formally announce his arrival on surfing’s world stage.

“I’ve been training really hard recently,” said Stuart. “I guess I thought it was time to grow up and start trying to win.” As well as doing just that and walking away with the $20,000 prize money, Stuart also picked up the Tasmanian Tiger trophy – a carved wooden sculpture that every surfer has been eying up over the week.

And to top it off, Stuart now sits in the in the lead on the Cold Water Classic Series in line for the $50,000 prize money for the series winner. “I am definitely going to Scotland for the next event on the series,” said Stuart. “Then after that I will have to see where I am at.”

The O’Neill Cold Water Classic Series has a habit of producing epic conditions for the finals in every event in every corner of the world. And here in Tasmania was no exception. “It’s some sort of surfing utopia out there,” said surfer and commentator Sam Lamiroy.
Three meter swell, strong offshore winds and right handers peeling almost all the way to the beach from way out to sea provided the perfect platform for some of the most talented young surfers in the world to showcase their skills.

“The conditions out there are amazing.’ said Uruguayan Marco Giorgi, who yesterday defeated Jordy Smith, and this morning won an awesome quarterfinal against Royden Broyson before being knocked out by eventual winner, Stuart Kennedy, in the semis.

Whilst Giorgi is off to Bali and choosing to avoid the cold of Scotland; “I don’t like all the layers and hoods and everything,” he said, fellow semi finalist and World Tour Surfer Chris Davidson, has decided to enter to chase the cold wild conditions in the hope of winning the $50,000 prize money. “I am not afraid of the cold,” said Chris.

“It was so good to come over here as a warm up for Bells. There were just no waves in my semi final so I was a bit disappointed to not get to the final,” he said. “I really wanted that Tasmanian Tiger trophy. But now I am definitely going to try to enter Scotland and see if I can go for that $50,000,” he said. 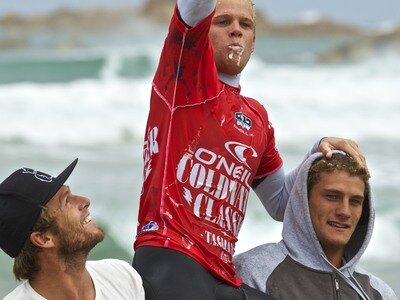 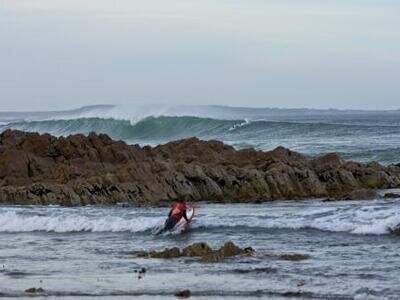 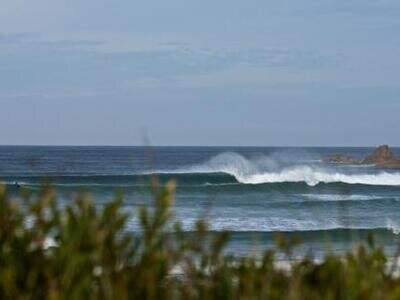 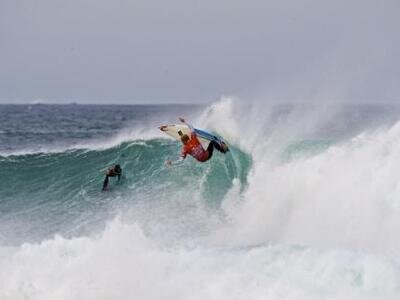 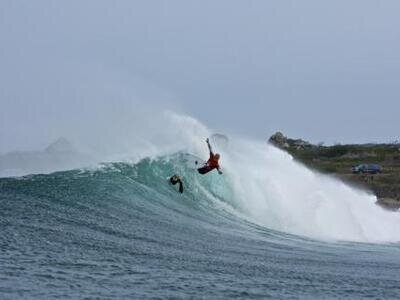 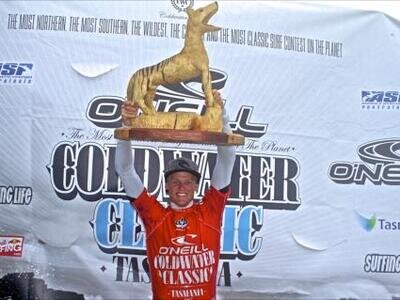 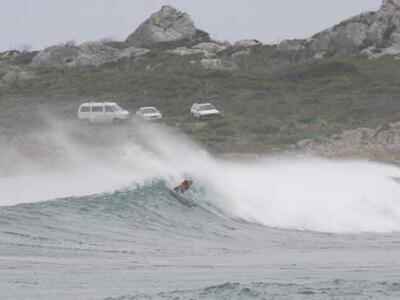 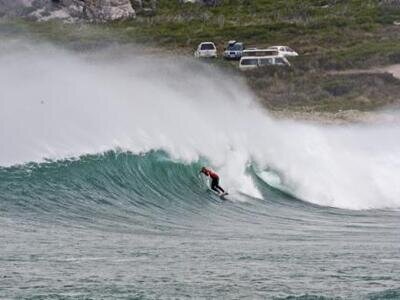