April 19, 2010 – Thurso, Scotland – Lord Royden Bryson has won the O’Neill Cold Water Classic Scotland 2010 in epic Thurso East conditions. “Really?! I am a Lord?” asked Royden. “I had no idea! I was just so happy with the ASP ratings points and the $20,000 from this competition as well as that highland sword. That’s amazing that I have land and am a Lord!”

South African Royden and Brazilian Yuri Sodre – now also Lord Yuri - paddled out for the final heat of this 2010 competition in 6 foot Thurso East, with the sun shining and a gentle offshore wind blowing. “It was such a beautiful morning,” said Royden. However it was 25 minutes until he got a wave in the final, with a restart after 10 minutes while the swell had a temporary little break.

“I was just worried about staying warm out there,” said Royden. “It was a long time in the water.” But he made the wait worth it with a score of 8.33 from his first wave, following that up with a 5.50. “I am just so excited to win,” said Royden. “I feel like I’ve had a lot of close results recently. And to actually get there and win again feels amazing.” After such a varied and unique week of surfing the finals today were always going to be something special – especially when Thurso woke on the bright Monday morning to snow on the ground and a frost in the air.

“I got up really early this morning – about 5am to go for a freesurf,” said semi finalist Shaun Cansdell. “There was snow everywhere. I couldn’t even see out of the car window – everything was frozen. I was so stoked I did it. It was such a nice morning”

Shaun surfed a high scoring close semi final heat against eventual winner Royden Bryson starting at 7.30am as the snow and frost started to melt from the surrounding fields.

“The waves were pumping,” said Shaun. “It really came together for the final. I haven’t had a result in a while so I am so happy to get third. Now the competition is over, the surfers gathered here in Thurso have a new challenge ahead of them… getting home. “I haven’t looked into my flight yet, but it looks like there is no way out of here at the moment,” said Shaun. “However being stuck here isn’t too bad an option. It’s a choice of either getting barreled or getting powder in the mountains a few hours away,” he said. “Eventually though it will be good to get home.”

The O’Neill Cold Water Classic Series now looks to move onto its third event of the year over in Cape Town, South Africa in July. And all the surfers will be chasing those valuable CWC Series ratings points in the battle for the $50,000 for the series winner.

Currently in equal first are CWC Tasmania winner Stuart Kennedy, and Royden Bryson. “I think me and Stu are equal at the moment. I got quarters here and he got quarters in Tasmania,” said Royden. “It will be good to go to South Africa now – my home turf and see what happens there. But yeah, that $50,000 is definitely on my mind now.” 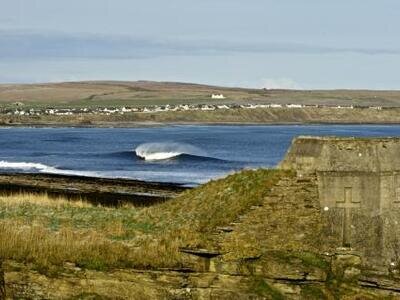 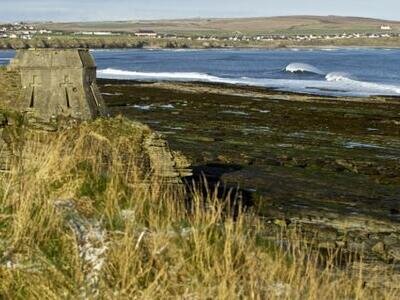 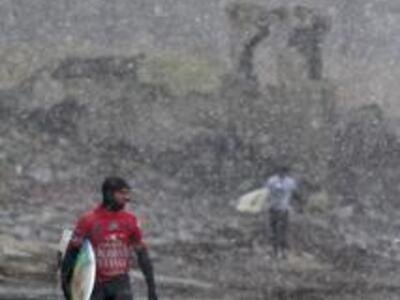 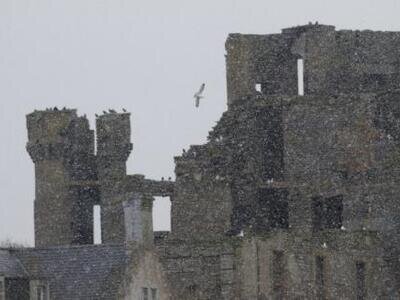 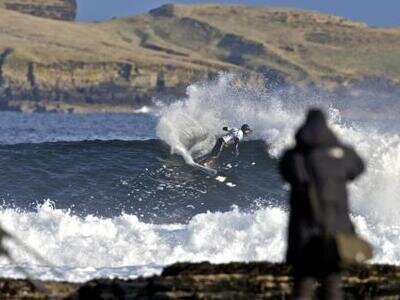 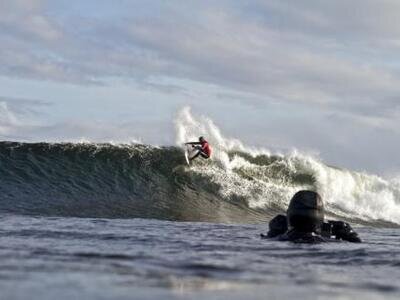 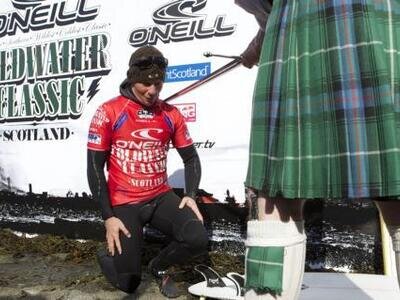 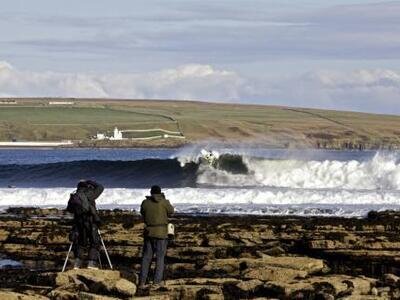