From 10th to14th of July, the women’s surf show will hit Biarritz! This year the Roxy Pro hosts the women’s elite shortboarders, who will compete in the only French leg of the ASP Women’s World Title Tour. They will all be there on the Basque Coast...

The Roxy Pro is the only opportunity to see the best female surfers in the world in France and it is also a unique festival that celebrates female surf culture. There will be a display of longboarding by the surfing idol, Kassia Meador and a series of very girly events and workshops all open to the public and staged within a setting styled on a visit to an apartment. There will also be an exhibition of a customized replica of the Venus de Milo by 15 comic book artists. Finally, in the Roxy Pro, Sosh offers a great concert that features the hip ‘The Shoes’ on July 13 at Port Vieux beach in Biarritz.

The women's world surfing stars will all be in Biarritz.
The Roxy Pro will be the sixth of seven World Championship events in the 2012 ASP Women’s World Tour. Suffice to say that this penultimate stage will be crucial in the title race. Indeed, last year, Biarritz was an essential event for the dazzling Carissa Moore, before the final event of the season in Huntington Beach (United States). The depth of quality and class of contenders running for the crown in 2012 ensures an exciting season and the hottest ever Roxy Pro event.

The three favorites:
Past honours of the Roxy girl Sally Fitzgibbons include twice runner-up world champion. Sally has everything it takes to win her first world title in 2012: an exceptional physique, a steely resolve, a comprehensive and incisive surfing repertoire. With three victories on last year’s elite tour and looking very convincing despite a wrist injury in the early 2012 season, she will be one of the big favourites for victory at the Roxy Pro and for the world crown.

Stephanie Gilmore: 4X World Champion, Steph is already a legend in women's surfing at only 24 years of age. After losing poll position a year ago, Steph has found her place as World number one following the Roxy Pro Gold Coast final where she was victorious over Laura Enever. Last year, it was Stephanie who impressed the most in the final of the Roxy Pro Biarritz.

Carissa Moore: World Champion at only 18 years of age, the young Hawaiian is talented and has wasted no time in asserting her dominance. Her powerful and ultra radical surfing stood out last year. Despite a fifth place in the 2012 Roxy Pro Gold Coast she remains a serious contender to succeed this year.

Alongside the Roxy Pro:
Concerts, art exhibitions, workshops for fashion/ food/ beauty/ shopping, and an exhibition of vintage longboards... the choice is yours.

Sosh presents ‘The Shoes’ live at the Roxy Pro
On the sidelines of the only French ASP Women's World Tour event in 2012, Roxy will once again have a prestigious outdoor stage area. With an ocean backdrop in the idyllic setting of Port Vieux in Biarritz, the set up will be the perfect location for the pop and rock groups. Plasticines, Miky Green, Lilly Wood & The Prick as well as The Sounds have already performed on the beaches in Biarritz. This year, it is the turn of The Shoes to ignite the Roxy Pro Biarritz with a free concert offered by Sosh on July 13.

‘The Shoes’ are a pair of thirtysomethings: Guillaume Brière and Benjamin Lebeau who began their careers in France but became pop stars in England. In early 2009, they released their first single Stade de Reims 1978, acclaimed by critics. After Gaetan Roussel requested them, then came Julien Doré, Shakira, Lana Del Rey and Philippe Katerine. In March 2011, The Shoes delivered their first album: Crack My Bones (G.U.M). Part pop, part electro and recorded in England, it climbed into the Inrocks top 10 best albums of 2011, leading the The Shoes to performances on the Grand Journal on Canal+ before opening the doors of the Olympia in June.

Les Inrocks like to sum up their phenomenon with the following: "The trick of The Shoes: when you put on a shoe, you’re trapped, snared like a hunter. " In Biarritz at the Roxy Pro, it'll be flip-flops that you won’t be able to avoid.

Kassia Invitational, the longboard exhibition
Longboard idol, goddess of style, Kassia has a personality that combines grace and charisma.
So who better to entrust the task of organizing the exhibition for the Roxy longboard Pro. With her friends Jennifer Smith, Kelia Moniz, noseriders of California and the most glamorous longboarders in Europe: Justine Mauvin, Coline Menard, Candice O'Donnell, Kassia invites you to rediscover the longboard in all its forms. Solely for your viewing pleasure.

The pretty apartment: workshops and activities for all
This year, the Roxy Pro has completely redesigned its activity space. Instead of workshops, tents and distinct activities, the public is invited to discover the myriad of activities at the Roxy Pro by visiting its surfing apartment. Take a guided tour through this pretty apartment: the kitchen has its own sushi bar, smoothie shop and finger food (fees apply); the bathroom has its very own make-up shop and nail bar, the lounge has activities like customizing and the making of headbands, a bedroom with a dressing room area where Roxy will present its new collections and finally a garage with yard sale and a charity shop where surfing items can be found and given a second life for the benefit of the Quiksilver Foundation.

Art: The Venus exhibition, a comic book version at the Roxy Pro
At the initiative of Quiksilver Foundation and the Spacejunk Art Center, the Venus collective exhibition (customisation of busts, replicas of the Venus de Milo) featuring 15 comic book artists *, will be in Biarritz for the duration of the Roxy Pro. This initiative provides support for associations working on the detection of and supporting the fight against breast cancer, which is part of a longstanding commitment by Roxy. Two works from the collection will be exhibited in the Basque Coast and the remaining 13 scattered throughout the city of Biarritz. 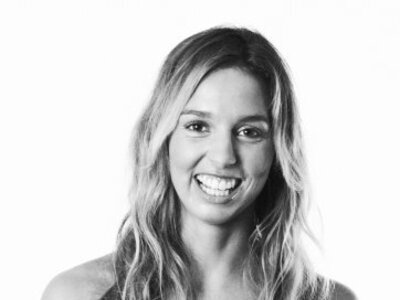 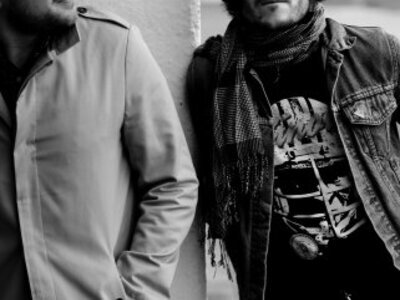 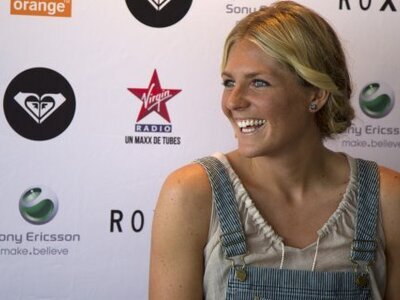 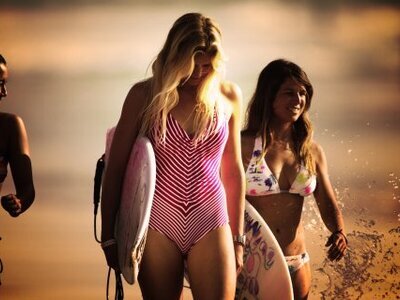 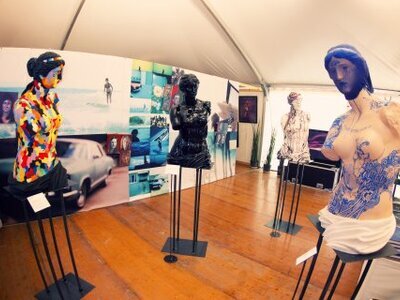 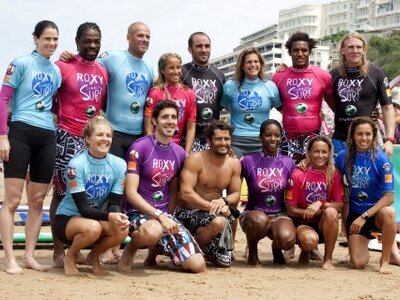 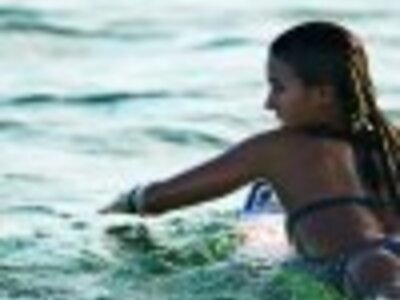 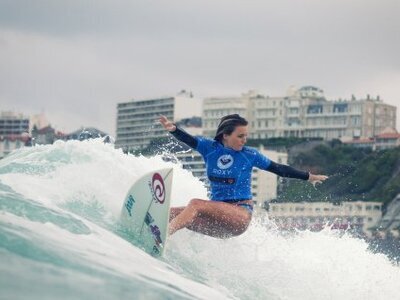