Monteiro is only the second South American male in the 28-year history of the Vans Triple Crown of Surfing to win any event here. His victory today was worth $20,000 and major credibility.

Today's 30-minute final was hard-fought and far removed from the usual Sunset lineup with head-high waves from a strong northerly direction forcing surfers way up the point. The final consisted of Monteiro, Hawaii's Granger Larsen, and Australian pair Julian Wilson and Josh Kerr. Wilson finished second, Granger third, and Kerr was fourth. The lead exchanged hands multiple times between the top three before Monteiro clinched it with a 7.87 point ride, his best of the final, for a winning total of 14.37 points.

"It means a lot to me because I've been trying to do good in Hawaii for so long," said Monteiro, who is from Rio de Janeiro. "I'm here in first place right now and I'm very, very happy.

"It was really challenging today. I just tried to sit out there and I knew when the set comes the wave first breaks on 'Boneyards' out there deep. So I knew if you get the waves that go all the way through you can make some good turns. So I just tried to do that and it worked.

"You have to be prepared for every condition so I was prepared and ready for small waves. I'm from Brazil so I know how to surf small waves and I'm very happy."

"It wasn't' tough, I found my waves, I had a good heat," said Wilson. "I had my chance to win and I just fell short. I felt like I surfed a pretty good final and it's always a good feeling to come in from a final and feel like you had the chance of winning it and you had the waves. I'm not disappointed. I made two finals back to back and it's incredible.

"The rookie of the year was a great award. I had the final with Heath (Joske) at Haleiwa and it was his rookie year and I felt like we were going to have a bit of a shootout over here, and whoever was going to get the best out of us two was going to get it. It was something I was going for going into Sunset. Heath was very unlucky and didn't get into the event so I felt a lot more relaxed about the rookie of year."

Despite being eliminated by Monteiro in the quarter finals, Australian Joel Parkinson still leads the Vans Triple Crown series ratings heading to the final stop at the Banzai Pipeline. Parkinson is ahead of Wilson and Monteiro.

The third and final stop of the Vans Triple Crown of Surfing is the Billabong Pipe Masters, that has a holding period of December 8-20. 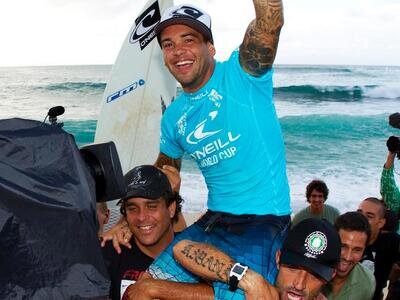 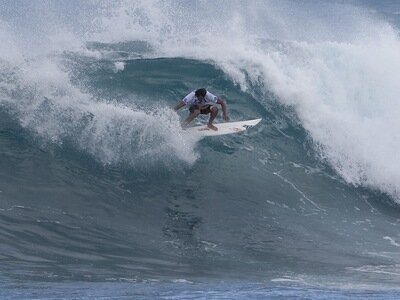 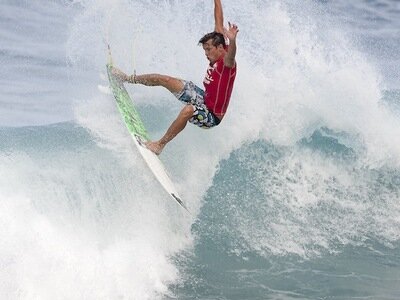 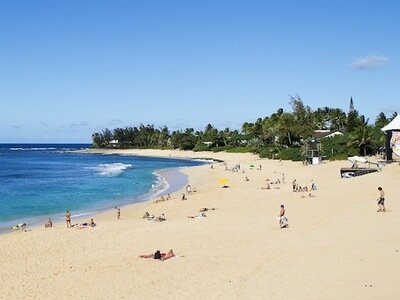