With the world title race heating up in Europe, the world’s top 45 surfers have commenced competition on day one of the Billabong Pro at Mundaka.The magical left hand river mouth delivered mindless 1.5m tube rides on the first day of play and while the 16 top seeds were given a direct berth into round two, the bottom half of the seed list contested the man on man first round.

Eight heats were completed before the high tide filled in the sand bar and the ocean went flat.

Heavy hitting Hawaiian KEKOA BACALSO posted the highest wave and heat score of the day on his way to round two, disposing of Basque wildcard HODEI COLLAZO with an combined 15.80 score. The 24-year-old’s powerful backhand attack served him well at the long left-hander locking in an 8.50 early in the exchange before cementing victory with a 7.30 on his final ride. It was a disappointing result for the local wildcard COLLAZO in front of his home crowd.

Australian surfer’s BEN DUNN, KAI OTTON and DREW COURTNEY all cruised into round two with convincing wins. OTTON had the best of the conditions in the clean line-up using experienced wave selection to oust wildcard REUBEN ASH (UK). Despite some highflying antics from his opponent, OTTON held the lead for the entire 35-minute heat, outpointing ASH 13.84 to 11.50. While compatriots MICK FANNING and JOEL PARKINSON will go head to head in a world title race when the top seeded round two begins, the lower rated Aussie’s are fighting to keep their positions on the world tour.

Lightening fast Portuguese surfer TIAGO PIRES kept his good run of form going by defeating powerful Australia PHIL MACDONALD in round one. Coming off an equal third place finish at the Quiksilver Pro in France last week, PIRES waited patiently until the final minute to post a 6.33 winning score and send MACDONALD packing. His combined two wave total of 14.66 was the second highest of the round and enough to outscore his Aussie opponent on 13.17.

Tahitian MICHEL BOUREZ was another standout performer in the opening round, using a heat high score of a 7.07 to get past South African wildcard inclusion DAMIEN FAHRENFORT (Far-ren-fort). His total of 13.34 was easily enough to account for FAHRENFORTS 10.00.

Rated 19th in the world, the fast surfing natural footer is in prime position to take the ASP Rookie Of The Year award.

Big guns FANNING, SLATER, PARKINSON, BURROW and HOBGOOD will all surf their opening heat in the second round of competition. 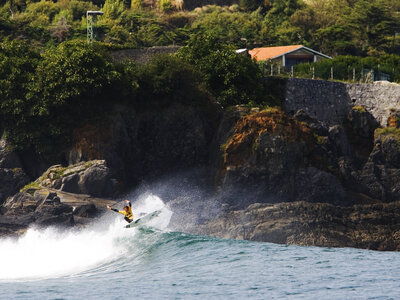 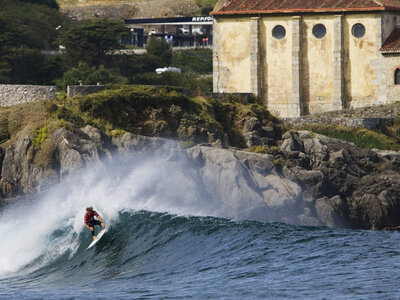 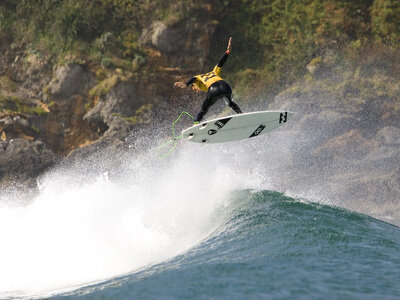 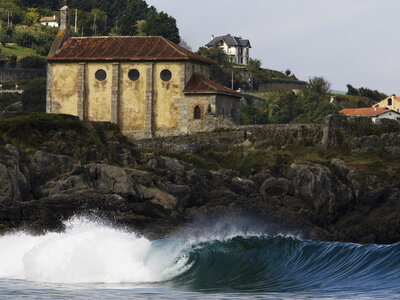