Event No. 7 of 10 on the 2010 ASP World Tour, the Quiksilver Pro France culminated in dramatic fashion today with a bevy of high-scoring rides amidst the treacherous conditions, and it was the Australian besting the American in a hard-fought Final.

“That was difficult,” Fanning said. “Kelly (Slater) and I were talking out there about how we were trying to get in the spot. There was just a lot of water moving and it was super challenging. I got absolutely hammered by that set – copped the whole thing on the head and it killed me. You were either in the spot or you weren’t, and I was fortunate enough to be there for a couple.”

“This one feels pretty good,” Fanning said. “Last year, the waves weren’t really pumping. This year, it almost didn’t feel like a surf contest, but rather a bunch of guys getting barrelled off their heads for a few days.”

Today’s win moves Fanning from 5th to 3rd on the ASP World Title Race rankings, well within striking distance of the frontrunner position moving into the final three events of the season. “I’ve still got a lot of work to do and the other guys have a couple of Finals on me,” Fanning said. “It’s a start. I’m going to go to Portugal and have a lot of fun.

Slater was in phenomenal form from the outset today, consistently racking up impressive scores and feeding off the energy of the ocean. “This is what we live for,” Slater said. “This is insane. There are the craziest waves out there. They’re
out there. You don’t want to get 6s, you want to get 10s.”

Greg Rabejac / Quiksilver – Kelly Slater (Usa) – Water shot The iconic natural-footer did just that in his Semifinal bout, free-falling and recovering with supernatural ability on a solid forehand barrel, being spat out the the eruption of applause from the millions watching around the world. It wave marks only the second Perfect 10 on the ASP season, and the first for Slater.

“It wasn’t one of those classic waves,” Slater said. “It was a little wonky at the start and I was waiting for it to hit the shallow part of the sandbar. I grabbed as hard as I could at the top of the wave to slow myself down, but my fins
released and I ended up slipping down the face on the nose of my board. I thought I had blown it, but as I got to the bottom, my fins caught and I could reset my line and it worked out.”

However, in quickly-changing conditions in the Final, Slater found himself uncharacteristically out of rhythm only able to amass a 6.74 heat total. “Ouch,” Slater said. “It was really difficult out there and I didn’t get much aside from a few
poundings. Congrats to Mick (Fanning) for finding a couple of scores out there.”
Today’s Runner-Up finish sees Slater cementing his position as ASP World No. 1 heading into the remainder of the season.

“These are the best waves I have ever surfed in a contest,” Simpson said. “My heat this morning was magical, and then this afternoon, I couldn’t find a wave to save my life. It’s okay though. It’s my best result of my career. I’m stoked to finally put a decent result on the board and hopefully I can continue that momentum into Portugal.”
Adrian Buchan (AUS), 27, was another to suffer a severe beating in his Semifinal against Fanning, but his Equal 3rd place finish today sees the stylish goofy-footer bumped from 9th to 6th on the ASP World Title Race rankings.

“It’s really hard out there,” Buchan said. “You really have to be on the spot to get the right one. That left I had probably would have given me the score, but it warbled on the last stretch and kind of bucked me off. Happy with my result though and it puts me in a good position moving into Portugal.”

Jordy Smith (ZAF), 21, current ASP World No. 2, was unable to find a rhythm in his morning’s Quarterfinals match-up, falling to Fanning and finishing Equal 5th. “There’re not many good ones out there,” Smith said. “It’s kind of a diamond- n-the-rough situation. That’s the way it goes though – you win some, you lose some. It was unfortunate that I couldn’t get any waves out there for that heat, but that’s okay. I think everyone on tour is trying their hardest to prevent Kelly (Slater) from getting No. 10, but what can you do?” 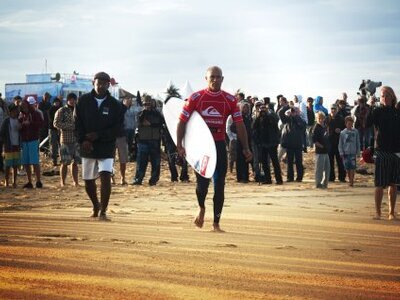 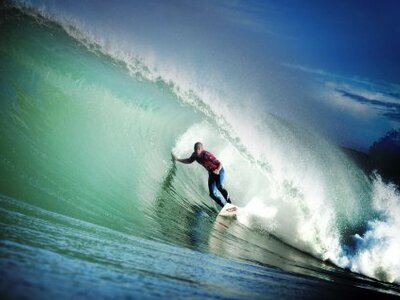 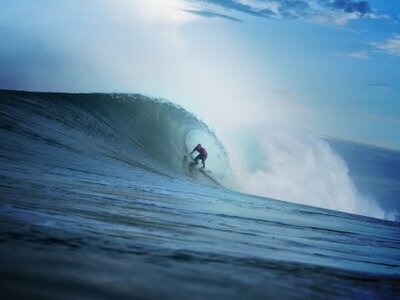 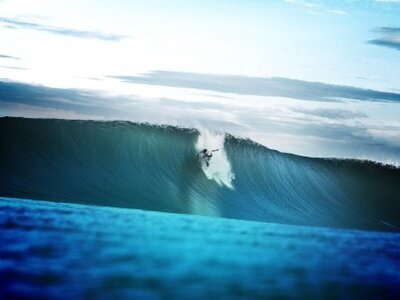 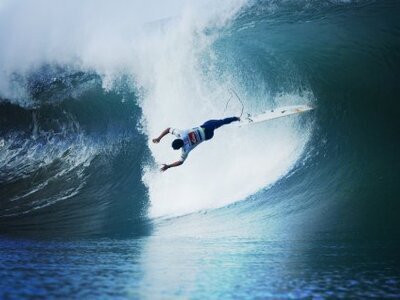 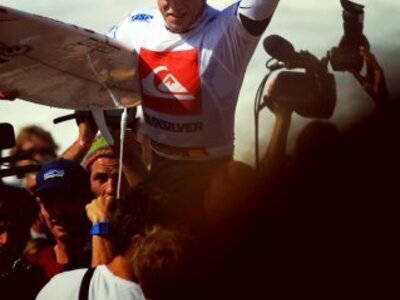 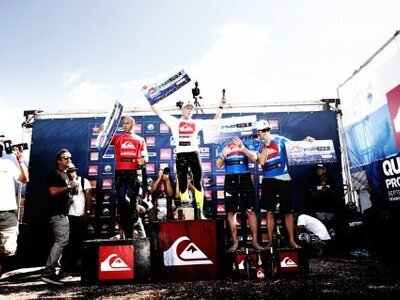 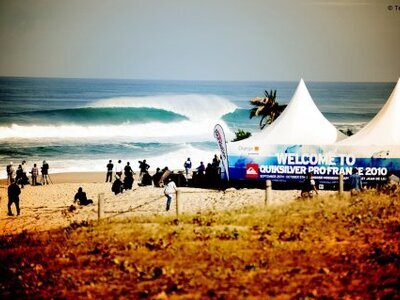