Event No. 2 of 10 on the 2012 ASP World Championship Tour, the Rip Curl Pro Bells Beach culminated in dramatic fashion today with pundits calling it the “best Final in event history.”

The Australian and American went blow for blow throughout the 35-minute bout, exchanging massive scores and the lead several times before the dust settled.

“I’m so pumped,” Fanning said. “Kelly (Slater) did that Hail Mary for the 10 and I thought, ‘oh, here we go.’ I just caught waves and I’m stoked it all paid off. I’m really at a loss for words and I’m just pumped. It doesn’t get any sweeter. The crowd’s been amazing with the whole amphitheater and the history that comes with it. I always picture this event and have had some seconds over the years, so to get this one, I’m so pumped.”

Today’s win marked Fanning’s 14th elite tour win and his first Rip Curl Pro Bells Beach win since 2001. It also brings the Australian’s record with Slater closer to even at 7 to Kelly’s 8 in their heat matchup history.

“I’m just stoked because it’s been so long,” Fanning said. “It doesn’t seem strange that it’s taken so long to win another one when you’ve got guys like Joel (Parkinson), Jordy (Smith) and Kelly (Slater) on tour and I usually come up just a bit short. Usually against Joel, but I got him today!”
This year’s Rip Curl Pro Bells Beach was dedicated to the memory of three-time event winner Michael Peterson (AUS), who tragically passed away last week, and the Final was preceded by a minute’s applause in memory of the great Australian.

“I was on the verge of tears out the back,” Fanning said. “I just sat out the back before the Final and just took in the whole crowd. It’s not everyday you’ve got the crowd cheering and I could have paddled in after that, but I’m glad I didn’t though.”

Although finishing an uncharacteristic 13th at his homebreak on the Gold Coast, today’s victory rockets Fanning to No. 3 on the ASP World Championship Tour rankings heading into the next event.

“I had a bit of a meltdown at the first event,” Fanning said. “I knew everything was working well. I knew I just needed to go and simple things up. I took the headphones off and had a lot more fun. I knew there were going to be a lot of waves with the tide dropping out and I guess I just wanted to be on the good ones. You’ve got to just believe in your judgment and I’m stoked.”

Slater fought back from an early combination situation with an incredible full-rotation aerial for a Perfect 10. The legendary natural-footer backed it up moments later with an 8.07 to take the lead, but would only hold it briefly after an assault from Fanning.

“I was moving around trying to get active and I was just finding my feet,” Slater said. “I knew Mick (Fanning) was going to be real patient. I knew he got that start and then I tried to talk to him and he put his serious head on and pissed me off, so I thought I’d throw a big rotator on him and it wasn’t enough. That was pretty exciting for me. Even when he had the 9 and 8-something, I had a feeling I was in it. I felt like something good was going to come my way and it started to. I had one more chance and that was about it. I knew it was going to be a bit of a struggle with the waves out there, with the long intervals and long lulls, but that’s just the way it goes.”

Slater’s Runner-Up finish moves him back to the No. 1 spot on the ASP World Championship Tour ratings.

Joel Parkinson (AUS), 30, defending Rip Curl Pro Bells Beach winner, was a standout throughout the entire event, dominating the Bells Bowl and Rincon sections with an unmatched affinity. However, the stylish natural-footer would fall to Gold Coast stable mate Fanning in the Semifinals despite an impressive array of scores.

“I told Mick (Fanning) to ring that thing,” Parkinson said. “He beat me and I hope he beats Kelly (Slater). No one is more deserving. He’s come close so many times and put more time in here than anyone. If it wasn’t me, I couldn’t think of anyone else I’d want to see win it. We’ve had lots of battles and today I couldn’t get a good turn in. I was hoping for more waves and I was hoping to surf it out rather than sit it out. It’d be great to see Mick win it today. He’s a Kirra boy and he deserves it in memory of him, Michael (Peterson) was such a Kirra legend and Mick too, and I couldn’t think of a more fitting end to the day.”

Parkinson’s Equal 3rd today bumps him to No. 4 on the ASP World Championship Tour ratings heading into the next event.

“I’m disappointed with the result,” Flores said. “I feel like I was surfing really well and I didn’t agree with the interference call. That’s surfing though so I just have to brush it off and focus on the next one.”

Event organizers will reconvene tomorrow morning at 7am and assess conditions for a possible 7:30am start to the Rip Curl Women’s Pro Bells Beach presented by Ford Fiesta. 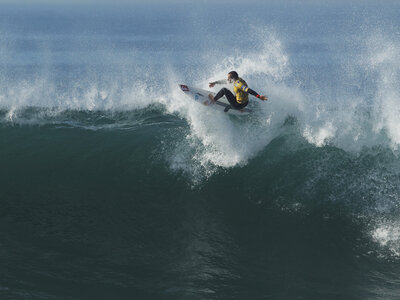 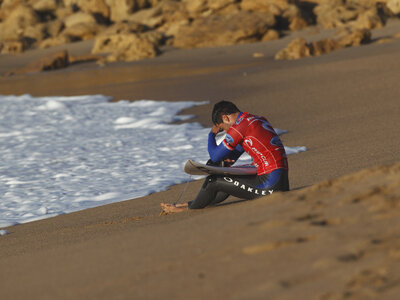 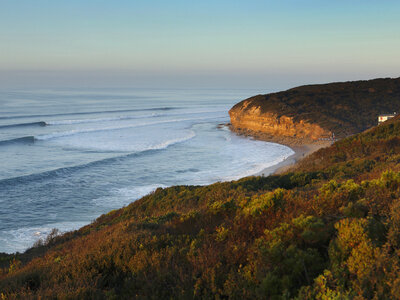 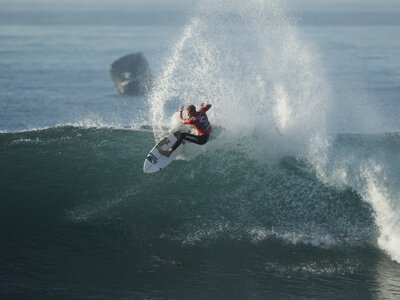 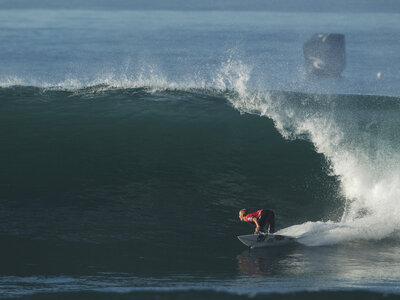 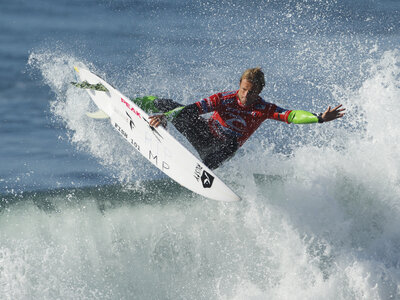 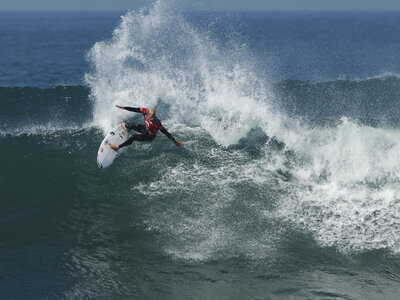 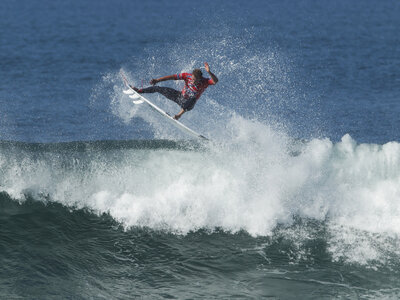