The man they call white lightening Mick Fanning (Gold Coast, AUS) has struck again, claiming the 2009 ASP World Surfing Title at the Billabong Pipe Masters in Hawaii.It was a two horse race leading into the final tour event, with fellow Coolangatta (Aus) kid and close friend Joel Parkinson (Gold Coast,AUS) the only other surfer in contention for the sports top honour.

In epic 3m barreling waves it all came down to the third round with Parkinson needing to beat dangerous local wildcard Gavin Gillette to keep his hopes alive. In a wave starved 40-minute heat, the title challenger could only standby and watch as his Hawaiian opponent claimed the heats highest score of a 9.03 to take the lead in the dying minutes.

Fanning was in the water to contest his round four match against Dean Morrison (Gold Coast, AUS) when the siren sounded to end Parkinson´s season, handing him the crown. The three childhood friends shared an emotional embrace in the line-up when the announcers confirmed the result.

The 2009 world tour was one for the Guinness books after Fanning clawed back a virtually unassailable lead held by Parkinson who won the opening two events of the year. A stellar run through the European leg saw the fast surfing natural footer claim two event win's in France and Portugal and take the ratings lead heading into the Pipe Masters decider.

Dubbed the super bowl of surfing, it was the first time the ASP world title had been decided at the hallowed home of professional surfing since 2003. On top of his world title trophy came a $50,000 bonus check from the VANS TRIPLE CROWN OF SURFING, a first in the history of the sport.

It wasn't all bad news for Parkinson, who remains in the box seat to claim the prestigious VAN'S TRIPLE CROWN of surfing. Based on the best results from the three Hawaiian events, the triple crown title comes with a $50,000 dollar pay day and is the biggest surfing accolade outside of the ASP world crown. The only surfer capable of knocking Parko off top spot is CJ Hobgood who must finish second or better.

Reigning world champion Kelly Slater (USA) may not have been in contention to secure his tenth world title but that didn't stop him from posting the second highest heat score of the event in round three (as the highest scorer is still Michael Picon). The defending Billabong Pipe Masters champ scored a near perfect 9.90 on his second wave and backed up with a 9.43 shortly after to put his young wildcard opponent HANK GASKELL (HAW) in a combination situation. While GASKELL wasn't to be outdone and posted a perfect 10-point-ride with just minutes remaining, it wasn't enough to get past SLATER.

Fellow american DANE REYNOLDS is emerging as a serious threat for the Pipe Masters title after dropping one of the day's highest heat scores. The live-wire natural footer will meet CJ HOBGOOD in the Quarter Finals.

It was a day of epic scores at the Banzaii Pipe with four perfect 10-point-rides being awarded to JOHN JOHN FLORENCE (HAW), HANK GASKELL (HAW), KIEREN PERROW (AUS) and CJ HOBGOOD (USA).

While FANNING and co are set to party well into the night here in Hawaii it is highly likely that the Billabong Pipe Masters and Vans Triple Crown of Surfing will culminate tomorrow. 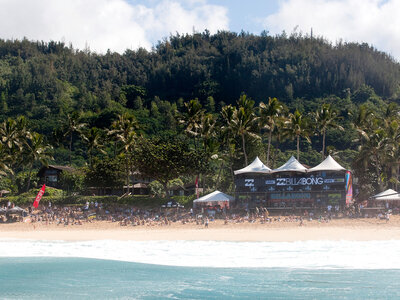 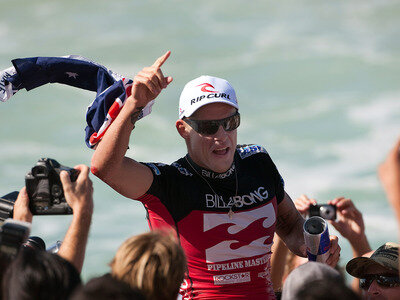 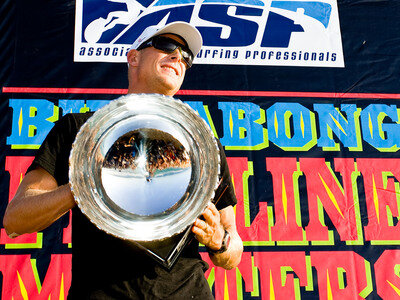 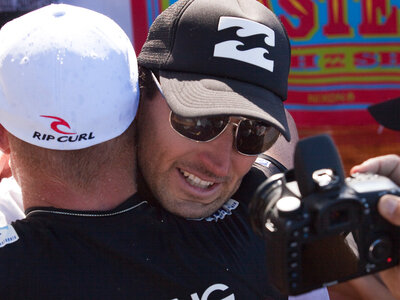 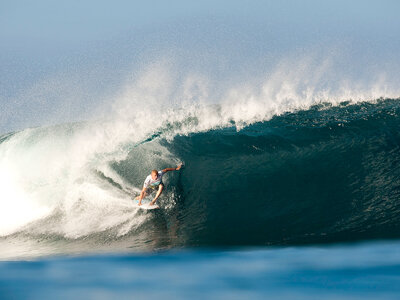 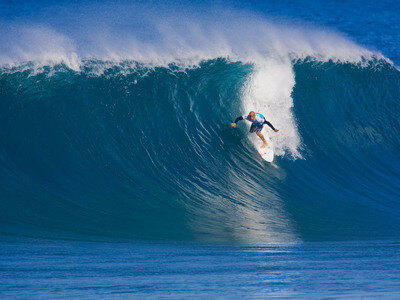 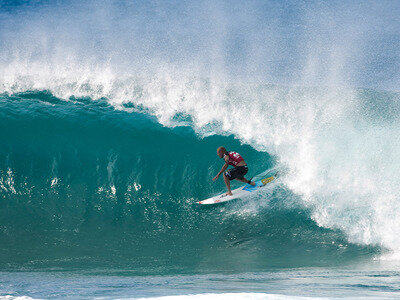 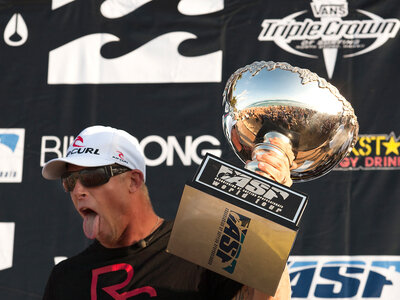