Zarautz Basque Country (31.July 2010)- The young Italian surfer Leonardo Fioravanti today emerged victorious in the European Final of the Quiksilver King of the Groms 2010, on the beach in Zarautz, ahead of France's Alexandre Descacq and the two Basques Ethan Eguiguren and Naxto Gonzalez.

At just 12 years of age, the Italian becomes the youngest winner of the Quiksilver King of the Groms for surfers in the under-16 category, in its current format. Having entered the contest as a wildcard, the young prodigy immediately made it crystal clear he was in it to win it, producing an outstanding performance against older opponents. In the final, Leo demonstrated exceptional technical ability and maturity beyond his years, scoring 6.5 for one wave and following that up with an 8-pointer. With a total of 14.50, Leo cemented his place on the top step of the podium and confirmed his status as one of European surfing's most promising young stars.

Having enjoyed the backing of Quiksilver from a very young age, Leo quickly became the mascot of a prestigious and protective team that includes big names like Kelly Slater, Dane Reynolds, Julian Wilson and Jérémy Florès. With special talent for his age, the 'mini gun' created a name for himself early on by winning the Mosquito Tour in 2007 and 2008, and then the Italian leg of the King of the Groms in 2008 and 2009.

Following a remarkable debut at the ISA Junior World Championships in France in 2006, Leo did himself and his country proud with a hugely creditable 11th place finish at this year's ISA Junior Worlds in New Zealand. Where, let's not forget, he was competing in the under-16s category! An impressive achievement that drew admiration from across the world of surfing. His victory today in Zarautz, in the backyard of Artiz Arunburu, is yet another confirmation of this young pro-surfer's unique talent. At 1.53m tall and weighing in at 36 kilos, Leo more than held his own against much bigger guys, to win a major continental title that takes him through to the International Final of the King of the Groms in the Landes, south-west France, at the forthcoming Quiksilver Pro France.

The gifted young Italian is not just an angelic face either. He has his head pretty well screwed on too. Under the watchful eye of his mom, who travels everywhere with him, he's successfully following a distance learning course, studying both English and French, which he speaks fluently. Crowned by the competition's official ambassador, Aritz Arunburu, Leo and Alexandre have now booked their places in the International Final of the Quiksilver King of the Groms, which is due to take place from September 25th to October 5th, during the Quiksilver Pro France 2010. On the back of their excellent performances in Zarautz, the two European representatives at the International Final will be serious contenders for the title of KOTG 2010, against the other qualifiers from the international selection process.

The day rounded off with the ARITZ INVITATIONAL. Four teams of four surfers, including the likes of Aritz Aranburu and Micky Picon, faced off in a tag team contest. The eventual winners were Txaber Trojaola, Spences Hargraves, Natxo Gonzalez and Asier Muniain. Tomorrow evening from 9.30pm, the Place Munoa in Zarautz will be rocking to a DJ set with MAHARA MC KAY. A little later on, Spanish band WE ARE STANDARD will bring this QUIKSILVER KING OF THE GROMS to a close. 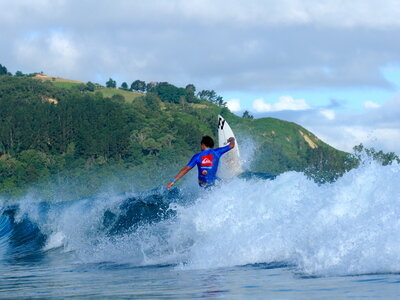 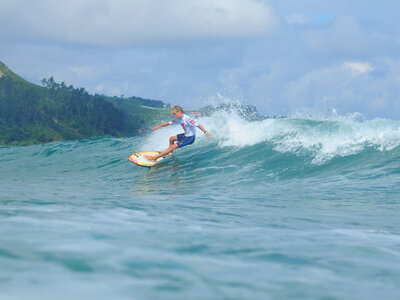 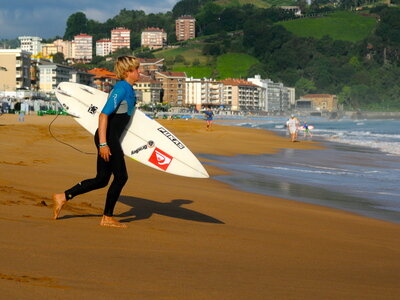 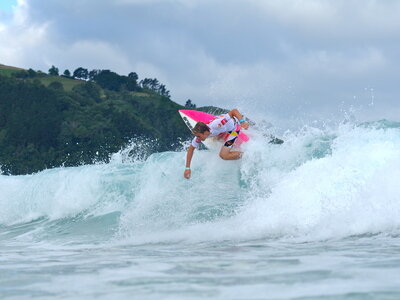 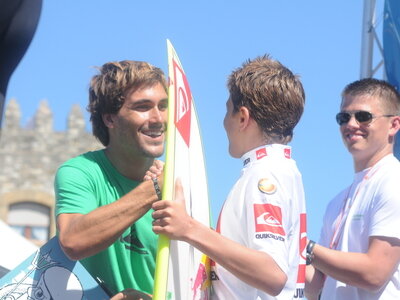 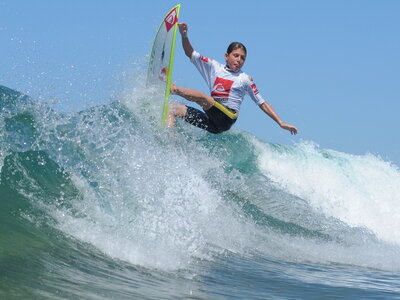 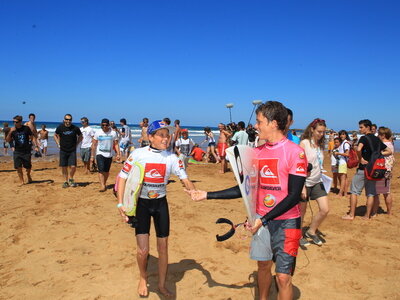 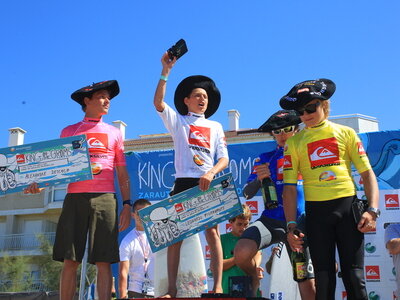