Event No. 7 of 10 on the 2012 ASP WCT, the Quiksilver Pro France culminated in dramatic fashion this morning with the primary venue of La Graviere serving up clean three-to-five foot (1 – 1.5 metre) barrels for a star-studded Final Four.

With conditions slowing, Slater wasted little time in the Final, collecting a 7.93 and a 9.33 in the opening 10 minutes for impressive tube rides on his forehand. While Reynolds would battle back with his own barrels and aerial attempts, it would not prove enough in the end allowing Slater to collect his first French victory in two decades.

“It has literally been 20 years,” Slater said. “I had my first win here 20 years ago and that’s pretty crazy. Obviously when you go out there you want to win the heat, but I would have been really stoked if Dane (Reynolds) pulled a 10 out of his hat at the end of the heat, it would have been pretty rad.”

Today marks Slater’s third win of the 2012 season (Fiji, Trestles, France) and vaults him up to 2nd on the ASP WCT rankings, well within striking distance of ASP World Title No. 12 with three events remaining this year.

“When you start working the numbers a little bit, I got that 500 pointer and a 13th, two bad results, already,” Slater said. “Parko (Joel Parkinson) is sitting on a 9th and a 5th. If I couldn’t get past Parko today, it would have put a lot of pressure on me, but this has now put the pressure back on Mick (Fanning) because Parko, John John (Florence) and I did well here at this event.”

Reynolds was a standout from the opening round of the Quiksilver Pro France, consistently posting high scores and wowing the masses with his tube-riding prowess. Unfortunately for Reynolds, conditions did not cooperate in the Final against Slater.

“That was a lot of fun out there,” Reynolds said. “I just really like these waves and I wasn’t really worried about competing or winning the heat. I always put a lot of pressure on myself, maybe not on winning but to surf well. I’ve liked every day of this event. Yesterday was intense and challenging and the day before was the same. Today was just perfect and fun. Today was a playground, you can’t ask for any better than that.”

No longer a full-time competitor on the ASP World Championship Tour, Reynolds is still regarded as one of the best surfers in the world and his performance at the 2012 Quiksilver Pro France once again validated his reputation.

“When I was on tour full time, I would do maybe 20 events every year,” Reynolds said. “This year I’m planning on doing 10, and focusing on some other stuff. I’m still competing nearly full time, but I’m just not in a World Title race or anything like that. I feel like when you’re surfing contest full time, you’re constantly trying to refine your surfing act whereas I’ve been trying to focus on exploring new ways of surfing or new lines this year. I think I’m surfing the best I ever have and to come to France and surf with John John (Florence) in perfect 6 foot waves is really the best thing ever. It has been a great event.”

John John Florence (HAW), 19, completing his first full year on the elite ASP WCT, further solidified his position as 4th in the world today despite falling to Reynolds in the Semifinals.

“Obviously, I would have wanted to make the Final,” Florence said. “It went into a very close heat and I would rather lose by 3 points points away than to lose with a 0.1 difference – it feels like I was a cutback away but I’m very happy with making the Semifinals. The waves have been all-time every single day, just crazy shorebreak barrels and it’s been a lot of fun.”

Currently sitting at ASP WCT No. 4, the young Hawaiian is well within the hunt for the 2012 ASP World Title heading into the upcoming Rip Curl Pro Portugal.

“I can’t wait for Portugal,” Florence said. “It’s pretty similar to this, maybe a little bit more organized and I can’t wait to get some waves. Today’s result is a keeper for sure, but I think I’m pretty far away in the title race. We’ll see what happens.”

With today’s Equal 3rd place finish, Joel Parkinson (AUS), 31, moves into the frontrunner position on the 2012 ASP WCT ratings, but the Australian has foregone celebrating in favor of focusing on the road ahead in Portugal.

“I can’t wait for Portugal,’ Parkinson said. “It would be nice to get a win over there as the race is shaping up to come down to the end. Hopefully, if the waves are anything like this, it will be another amazing event.” 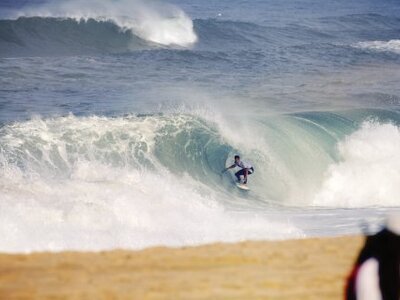 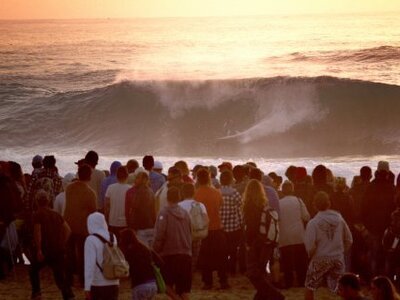 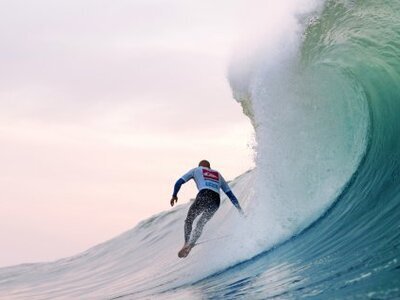 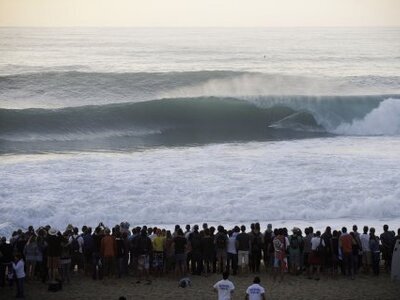 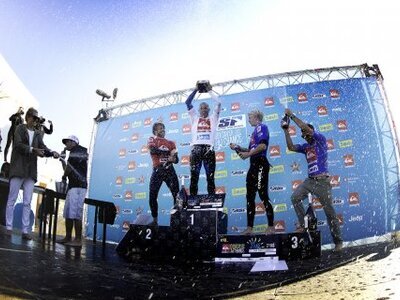 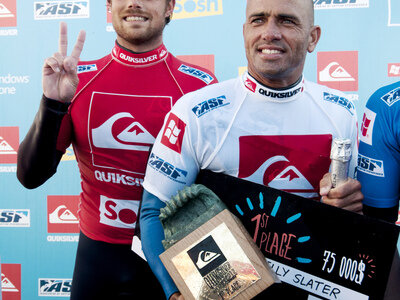 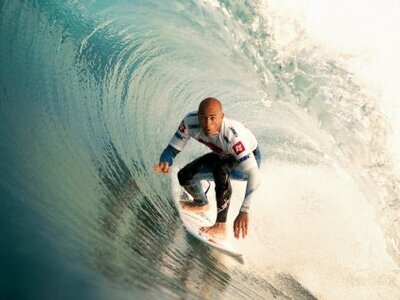 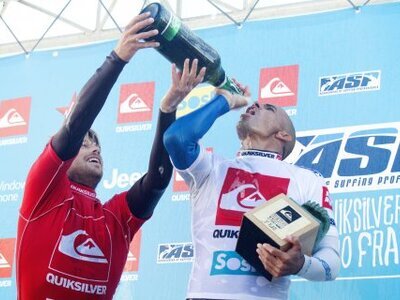