The opening event of the 2011 ASP World Title season, the Quiksilver Pro Gold Coast showcased the incredible depth of talent in the current ASP Top 34, but the victory went to the iconic Floridian.

Slater sprung to life on the final day of competition, posting his top results en route to the Final against Burrow. Slater slowly built upon his scores in his bout against the Australian and his refined strategy proved to be enough to earn the Floridian the 2011 Quiksilver Pro Gold Coast crown.

“I’m having a lot of fun,” Slater said. “It’s pretty easy. You go out and surf Snapper by yourself, it's pretty fun. To get to surf a contest is a bonus. I’d like to thank my girlfriend and everyone at Quiksilver for throwing the event. Everyone loves this event because the waves are so fun. I don’t think I’m the only one that thought Taj was the standout of the event. At some point had to stop getting 9s and I just picked the right heat.”

Burrow, who was arguably the form surfer throughout the entirety of the event, went on an absolute rampage on the final day of competition to oust American Brett Simpson (USA), 26, in the Quarterfinals and dangerous South African Jordy Smith (ZAF), 23, in the Semifinals, but fell just short of the score needed to surpass Slater for the victory in the back-half of their duel, finishing runner-up overall.

“I’m excited about the tour for 2011,” Burrow said. “It was a fun event and it’s just a bummer the waves didn’t hang in there at the end. I couldn’t better a 3. Hats off to Kelly, he built a house and it worked. I’d just like to thank everyone that organized the contest, it was awesome.”

Jordy Smith (ZAF), 23, 2010 ASP World Runner-Up, surfed with style, punch and bite throughout the duration of the Quiksilver Pro Gold Coast, securing exciting last-minute victories over Joel Parkinson (AUS), 29, and Alejo Muniz (BRA), 21, to advance through to the Semifinals. However, the big South African was unable to overtake Burrow in a repeat of last season’s Final.

“It’s disappointing when everything seems to be going well and the surf doesn’t cooperate,” Smith said. “Taj (Burrow) surfed amazing though and it’s still a good start for me. I’m looking forward to the next event and I’ll just put my head down and work hard until then.”

Tiago Pires (PRT), 30, who finished No. 26 on the 2010 ASP World Title season, went on a charge at the opening event of 2011, only falling to Slater’s deadly form in the Semifinals.

“That was a very tough heat,” Pires said. “The waves are kind of tricky. They are not as perfect as they were in the heat before. I think I was looking for barrels too much and they didn’t happen. I only got one barrel and I got shut down on priority. They are all really good surfers. Every heat is tough and each one has its own story. I’m just here to do my best surfing.” 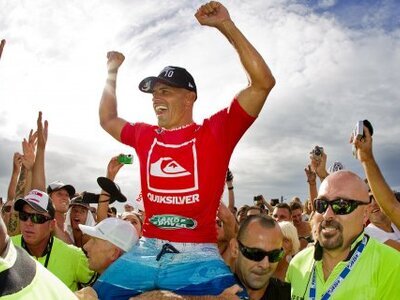 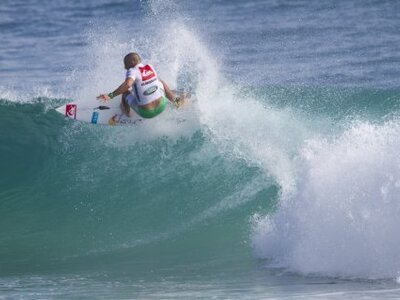 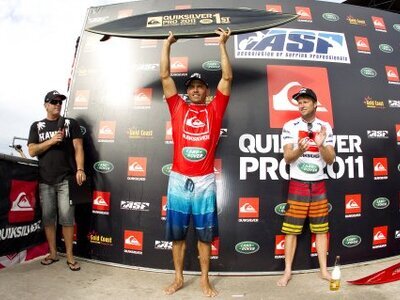 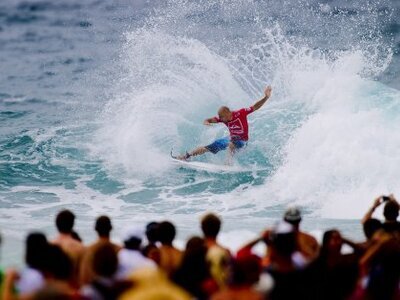 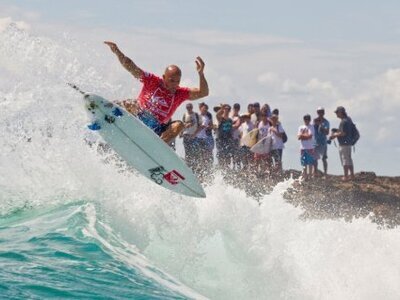 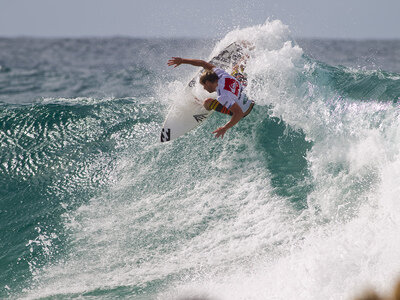