Sally Fitzgibbons (AUS), 20, was also victorious today when she clinched the final
stop on the 2011 ASP Women’s World Title series, the Nike US Open of Surfing, when she topped dangerous wildcard Lakey Peterson (Santa Barbara, CA), 16, in a hard-fought battle.

Slater quickly asserted his dominance in the Final against Nicol when he launched a frontside air-reverse and solidified the ride on the reform to earn an 8.50 and backed the ride up with a 7.77 to put the Australian in an early combination-situation and controlled the heat throughout the entirety of the bout.

“I guess Yadin (Nicol) wanted me to win because he didn’t catch any waves,” Slater said. “I was just really frustrated for him because he was sitting out the back waiting for the big sets and the big sets were close outs. The small ones he was just two far outside and I got them. I think what happened is I got the 8.50 to start and he was just going to be patient. If he got a good one he would have thrown a big rotator, but it just never came.”

Slater went on an absolute rampage on the final day of competition and fought his way back into a tough battle to overtake progressive Hawaiian Dusty Payne (Lahaina, HI), 22, by launching a hail-mary, no-grab backside 360 air. The massive punt garnered the highest single-wave score of Nike US Open of Surfing competition, 9.77 out of 10, as well as the highest heat-total of 17.94 out of 20.

“Dusty (Payne) had priority and he had gone on a couple of lefts that kind of fizzled out on him and he was probably thinking that left was going to do the same thing his other ones did,” Slater said. “It just let me get going on the face enough and I just tried to rotate as hard as I could and somehow the board stuck to my feet.”

Nicol fought hard throughout the entirety of the ASP PRIME competition, taking out dangerous South African Royden Bryson (ZAF), 28, and prodigious Californian Kolohe Andino (San Clemente, CA), 17, on the Final day of competition, but struggled to find a wave in the Final against Slater.

“Kelly started off strong with the 8.5 and I thought I’d wait for a good wave and I think I waited too long,” Nicol said. “At the start of this week I wouldn’t have thought that I’d be in the Final with Kelly. I love it. Sometimes things work out and you make the Final and I’m stoked, I’m over the moon.”

Yadin, who was rated No. 36 entering the US Open of Surfing, now sits at 27th on the ASP World Rankings, moving him inside the coveted ASP Top 32 midyear cut for the halfway mark of the year, but with two events remaining on the ASP World Title Season, Nicol remained guarded in claiming his spot for the final elite events.

“There are still two World Tour events to go so it doesn’t completely change my life just yet,” Nicol said. “It definitely helps the vibe though.”

Fitzgibbons, who finished second on the ASP Women’s World Title Series, was strong on both her forehand and backhand in the final and fought off the determined wildcard to clinch her third elite event on to finish her 2011 season.

“It’s such an unbelievable feeling to get chaired up the beach,” Fitzgibbons said. “There is just a sea of people and it’s one of my biggest achievements. To get three wins this year, it has been a really special year and although I didn’t get the title, I can’t believe I’ve won this event.”

Fitzgibbons feels that there is more to come for the highly-talked about progressive movement in women’s surfing and wildcards such as Lakey Peterson are a perfect example of the future of the sport.

“Today was just about connecting the dots and stepping it up,” Fitzgibbons said. “I think the future is bright for our sport. Lakey (Peterson) is only 16 and she was in both finals in this event it was a great week for her, but to get the win was an amazing way to cap off the year.”

“I’m stoked with the way this week has turned out,” Peterson said. “It was an honor to surf against Sally (Fitzgibbons) and I’m really happy to make the Final in my first World Tour event.”

Peterson, who won the ASP 4-Star Nike US Open of Surfing Pro Junior yesterday, asserted herself as a frontrunner among the progressive movement of women’s surfing via dominant run at the Nike US Open of Surfing. The young Californian was the only competitor to put a stop to Moore’s run of finaling in every ASP Top 17 contest this season when she topped the Hawaiian in their Semifinals matchup.

“Winning yesterday was what I wanted to do, to win in the Juniors and do well in this event,” Peterson said. “My heat against Carissa (Moore) felt like no pressure and I just wanted to go for it and I’m just so excited to win that heat. I’ve always wanted to surf against Carissa. She really pushes my surfing to the next level and is an amazing friend.”

The Nike US Open of Surfing was a massive action sports festival which also includes Skate, BMX, Art, Music and Fashion shows all of which are free to the public. 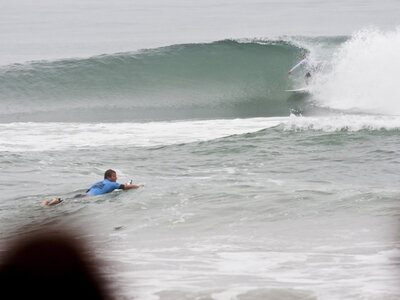 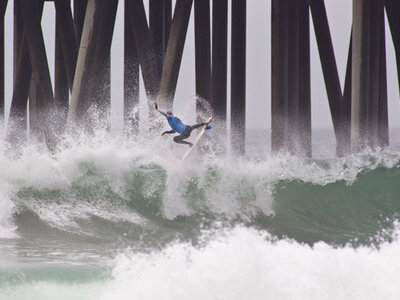 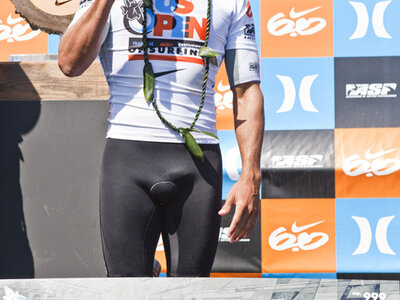 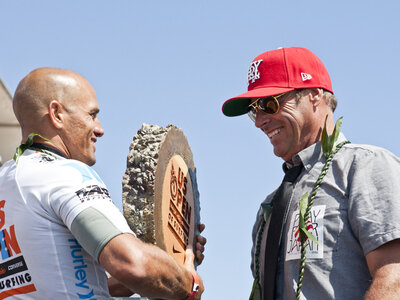 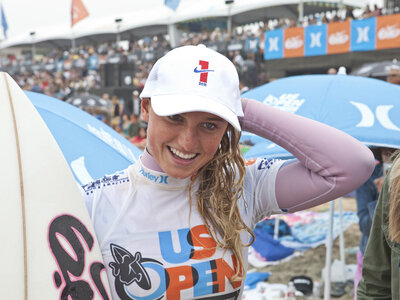 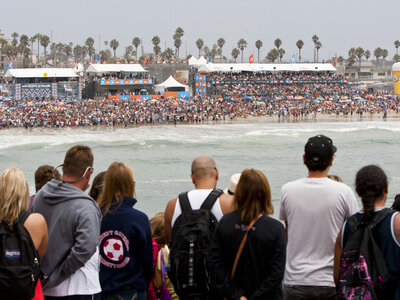 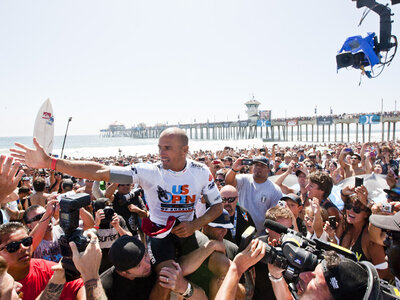 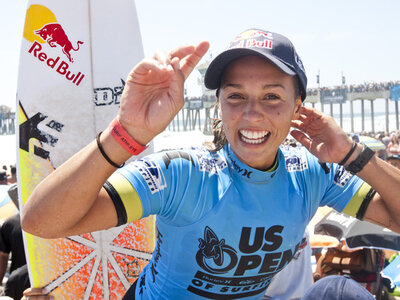