Florence, currently in his rookie year on the ASP WCT, proved unstoppable on the final day of Billabong Rio Pro competition, topping prodigious Australian Julian Wilson (AUS), 23, and Josh Kerr (AUS), 27, on his way to triumph over Parkinson.

“This is the best feeling in the world,” Florence said. “I had that bad heat at Arpoador to start and we had a couple of lay days and I had to just sit and think about it. I can’t even believe this right now. I’m in shock. I was just sticking to my game plan and not thinking about the other guys. I’m so happy right now.”

Florence, who now sits at No. 6 on the ASP WCT, will look to carry the momentum from today's massive victory to the upcoming ASP WCT events in Fiji and Tahiti.

Parkinson utilized his complete skill set at Barra Da Tijuca, driving through barrels, lofting airs and unloading powerful carves en route to his Finals berth, but was unable to find a rhythm against Florence and finished runner-up overall.

“I’m a little bit disappointed as I never really got a start in that final, but overall, I’m stoked,” Parkinson said. “The quality of waves here were unreal. Yesterday, we had full barrels and good sections for turns and airs, it was good for the event.”

Parkinson’s finish today propels the Australian into the frontrunner position for the ASP World Title, but Parkinson was humble in claiming his spot atop the rankings.

“It’s a good feeling I suppose,” Parkinson said. “It’s a long way to go and I don’t want to get too far ahead of myself, but I’m stoked. I’ve had a couple of really nice consistent results. I have been in this position before though so I'm hoping to maintain my performance level throughout the rest of the year.”

Josh Kerr (AUS), 27, put in an amazing performance at the Billabong Rio Pro with an astounding array of barrels and airs to take an equal 3rd place finish. Kerr surfed strong on the Final day of competition, but was unable to surpass Florence in their Semifinal bout.

“I tried an air on the first wave I got and turned around and saw John John (Florence said) in the most perfect barrel,” Kerr said. “Out here in this beachbreak you’ve got to keep an open mind. The wind came up from the south in my heat so I was looking for the backhand airs. John John got the perfect barrel and there’s not much I could do about that.”

Kerr’s equal 3rd place finish at the Billabong Rio Pro matches his career-best result as he continues to build momentum against the world’s best surfers.

“I’ve had three Semifinals now, but it’s better than no Semifinals,” Kerr said. “I’ve had three back-to-back results and for me, going from 33rds on my previous years on tour until last year, it’s good progress and hopefully I can keep it going.”

Kerr was responsible for a big upset in the Quarterfinals, eliminating 2011 Billabong Rio Pro champion and local favorite Adriano de Souza (BRA), 25, when he took to the air in the back half of their bout.

“I was definitely on the back foot," Kerr said. "Adriano (de Souza) had a 14 point heat total and I just relaxed and figured it’s a couple of 7s. I knew my airs could get me those scores. I was lucky to land that one at the end. I knew I had to launch into the flats because there’s no soft landing, it just dumps. I was lucky to keep it steady under my feet.”

“It’s always fun surfing against Joel and we started out bang-for-bang,” Fanning said. “That’s just the way it goes, but it’s always fun. Even though you lose, your friend’s in the Final, so you win. I would have liked to make the Final but I just didn’t get the right waves and Joel (Parkinson) surfed great.”

The next stop on the 2012 ASP World Championship Tour will be the Volcom Fiji Pro, which holds a waiting period from June 3 through 15, 2012. 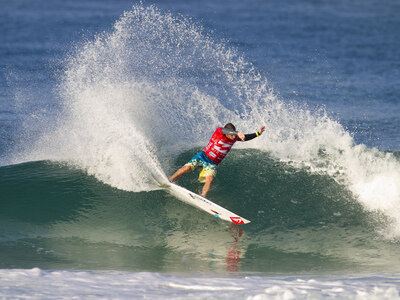 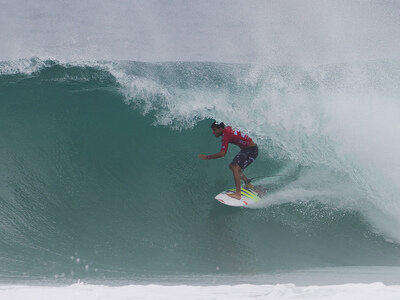 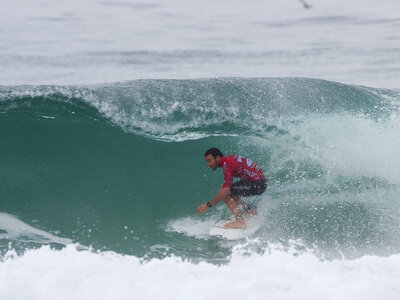 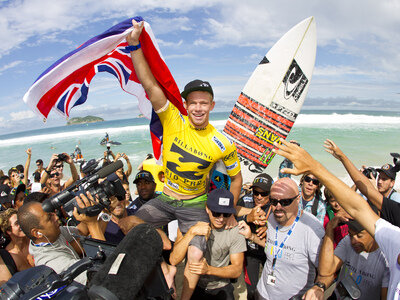 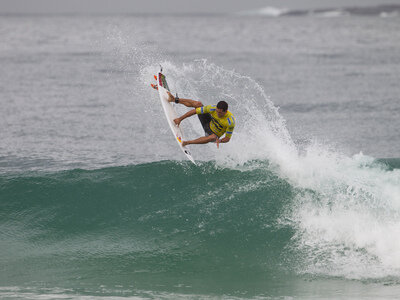