Claiming her first ever ASP World title after several years amongst the world’s best female longboarders’ contingent, Schumacher stepped-up to her reputation to dominate the last action-packed day of the contest posting the event’s highest single-wave and heat scores respectively a 9.25 and 17.25 points.

“It feels so good right now,” freshly crowned Schumacher said. “It was like six minutes to the end and feelings just all washed over me and I was tingling. It’s such an amazing feeling to win. I had some pressure though when I paddled into a wave and left Kaitlin (Maguire) on her own because she can pull a world championship out of her hat anytime.”

Coming out atop a series of intense exchanges in a well-fought final after eliminating two former world champions in the Quarterfinals (Jennifer Smith) and the Semifinals (Joy Monahan), Schumacher’s solid 13.15 score to Maguire’s 9.80 confirmed her domination over the weekend, her smart heat tactics and strategy giving her the final sot at the title.

“I took a gamble to paddle into that last wave and hope for the conditions to slow down as it hd been doing the last three days,” Schumacher said. “It paid up, the gamble went well!” Maguire, who was surfing her first final in an ASP World title decider event, came short of five points leaving the 2010 edition with the runner-up spot, a promising result and a guarantee to return in next year’s ASP Women’s World Longboard Championships along with the event’s top 16 surfers.

“I was really exhausted for the final,” Maguire said. “Doing the semis and the final in a row was a tough one but it was a good heat. I surfed my best and she surfed. I was really aiming at the title coming to France so it’s disappointing to come one spot short.”

Both finalists ending respectively best and second-best scorers of the 2010 edition, the Roxy ASP Women’s World Longboard Championships were treated to excellent surfing levels throughout the two-day competition, the intensity rising fast throughout the final day of competition and the field of contenders reducing dramatically to the last two.

“The way the contest was judged following the new criterias was great,” Maguire said. “To value progressive surfing more and still count the traditional longboard style helped push the level higher and it’s promising for next year.”

Making the Seminfinals for the second consecutive time, French favorite and and former ASP Women’s World Longboard No. 2 Justine Dupont (Lacanau, FRA, in 2007) had to accept Maguire’s unstoppable run to the final in a high-scoring battle. One of two French representatives to make the final-eight, Dupont had to face the domination of Hawaiian and United States’ natives over the 2010 edition.

“I am really disappointed to end-up once again in the Semifinals,” 18-year-old Dupont said. “I’ve had a runnerup, a fifth and two thirds in four years but I wanted to win that event today. I’ll be back next year for another shot for sure.”

Former event winner and ASP Women’s World Longboard No.1 Joy Monahan (Oahu, HAW) was stopped in the Semifinals despite delivering the best heat of the event against Schumacher where both girls respectively posted 16.00 and 17.25 points displaying an impressive repertoire of both traditional nose-rides and on-the-rail attacks. Invited in the last second to replace last year’s runner-up Chelsea Williams (AUS), Monahan, who had dropped out of the ASP Top 32 elite list, secured her retrun to the elite for 2011 by placing equal 3rd today, something crucial for the Hawaiian native. 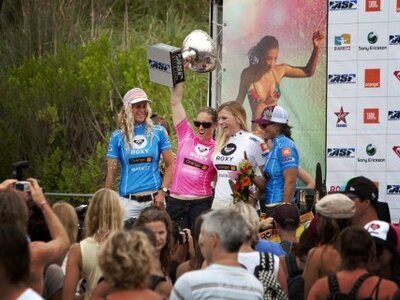 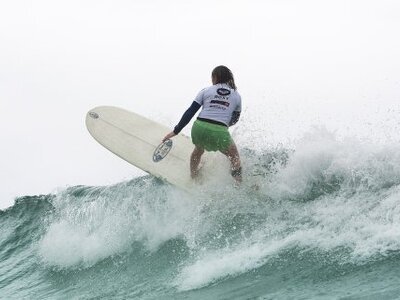 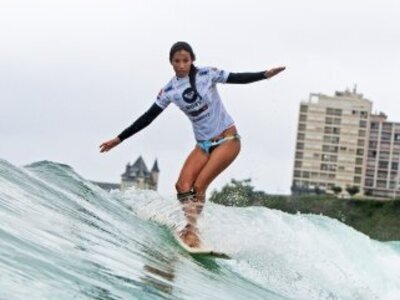 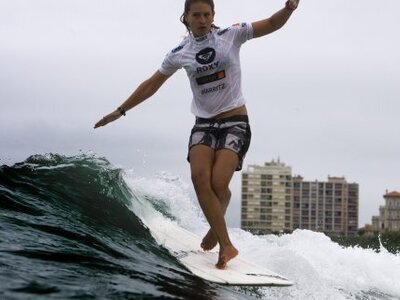 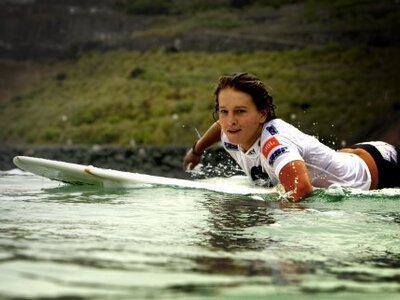 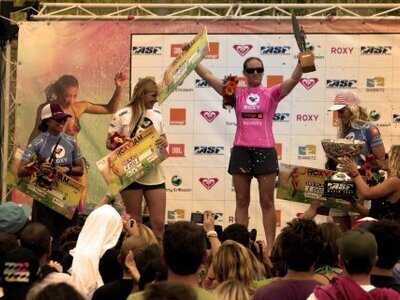 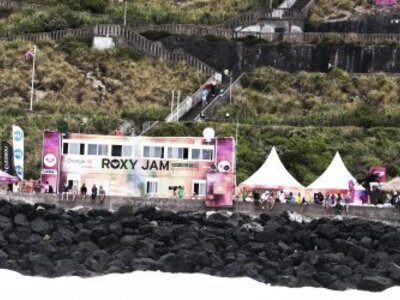