With no pressure and having enjoyed the week of action where she posted three of the event’s top-five wave scores, Gilmore managed to take the final’s lead after a series of waves, the four-time ASP champion adding a 19th event win to her brilliant career with a solid 17.27 point heat result, the event’s third highest one.

“Today was unbelievable because so much has gone down, » Roxy Pro winner Gilmore said. « In my perfect world somebody would be crowned world champ and I would take the win and that is what I dreamt about. It feels so good. I missed it so much this year. I am so happy right now.”

Gilmore, who was ousted from the ASP Women’s World title race after event No. 5 in Brazil, came to Biarritz relaxed, bringing her stylish forehand attack, on-the-rail cutback and vertical top-turn lethal weapons to make her way through to the final and win the event, a win with a special taste ahead of wunderkid and favorite Moore. “Her turns out there were really strong and I thought she was surfing better than me but I got a little head dip and it was the excitement of everything, » Gilmore added. « It feels good to beat her and she has definitely raised the bar for all the girls this year. She is definitely the strongest of everyone this whole year and she has been in every single final and that is a new record. To beat the freshly crowned world champ is pretty cool.”

Following her ASP Women’s world champion crowning, Carissa Moore (Oahu, HAW), 18, led the battle for fifteen minutes netting an 8.00 point score on her third wave thanks to her custom-made upside-down turns and 360° reverses. Showing great consistency and mental strength during the nerve-racking world title showdown all week, Moore came short of only 1.77 points finishing her Biarritz run as runner-up. « It’s been a reat event and I was just smiling during the whole final, » an ecstatic Moore said. « It’s probably the heat I’ve spoken in most in my career and we were just enjoying our time out there with Stephanie. The waves were fun and I am just super stoked to be here in Biarritz. »

Surfing a sixth final in six events, a premiere in the ASP history, youngest ever ASP Women’s World champion Moore adds another record to her already outstanding young career and will be celebrating the first world title for a Hawaiian in 30 years, since Margo Oberg’s crowning in 1981. « It feels amazing to make all these finals and win the title, » Moore said. « I have been thinking about this for a long time since I was a little girl. Just to be here right now and being world champ is pretty crazy, and Roxy put-up a great event. I dreamed of surfing at this level my whole life since I was a little kid and I don’t think you can ever expect or anticipate the feeling.»

Placing equal 3rd in the event and consequently letting go her chances to counter Moore’s world title assault, Sally Fitzgibbons (New South Wales, AUS) still added another solid result and continues the 2011 season as ASP World No. 2 and heading to the final event hungry for a win. « It’s been a fantastic year, I’ve enjoyed the highs and lows but it’s a bit devastating to lose the world title, » Fitzgibbons said. « I am stoked to see my good friend Carissa (Moore) win the title and it was a great finish to see Stephanie take down the event win. There is still another event and I’ll try and finish there with a strong result. Fitzgibbons, who was the last world title contender, remains one of women’s surfing favorites towards the supreme ASP crown in a near future, and contributed to making this year’s ASP Women’s World title race on the most exciting ever. « It’s surfing and sometimes it’s difficult to won when world titles are on the line, » Fitzgibbons said. « I am stoked with my performance this year and can’t wait for next year. »

Securing her best result in her ASP Women’s World title rookie season, Pauline Ado(Hendaye, FRA) pleased her home crowds by reaching the Semifinals of the event, the 20-year-old multi ASP European women’s champion continuing her 2011 run efficiently and now serioulsy in reach of requalifying for next year’s elite ASP Women’s tour. « I would have loved to make the final but I am super happy with my result and it feels even better to secure it here at home, » Ado said. « I was really relaxed going into that heat and I knew I had nothing to loose against Carissa (Moore). The waves were good, I did my thing and I am happy with this run in Biarritz. Looking forward to the final event in California. » By placing 3rd in Biarritz, Ado’s chances to requalify now depend on fellow rookie Laura Enever (USA) and Paige Hareb’s (NZL) results at the final event next month in California, both girls needing to make the final to keep Ado back from requalifying.

The Roxy Pro will continue tomorrow with the ASP Women's World Longboard Tour division set to wrap-up, event officials meeting at 8 AM Saturday. 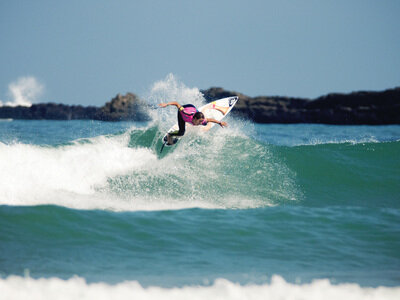 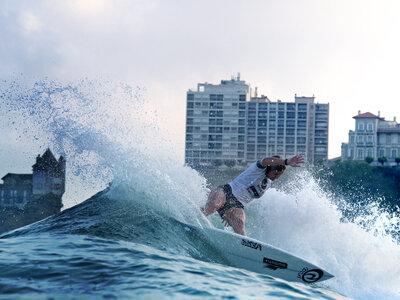 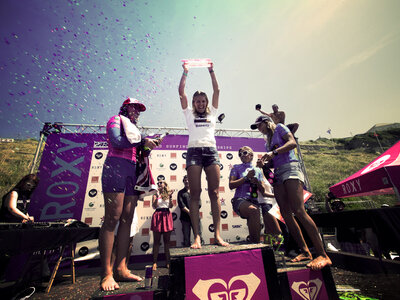 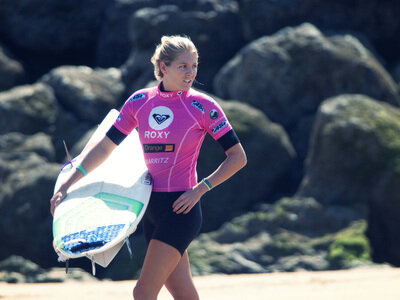 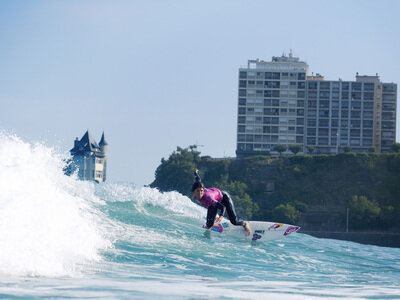 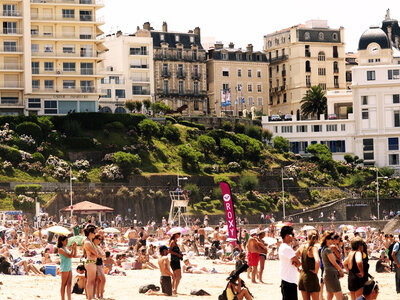 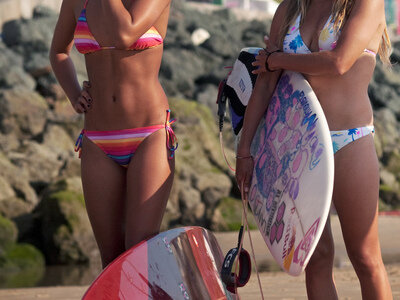 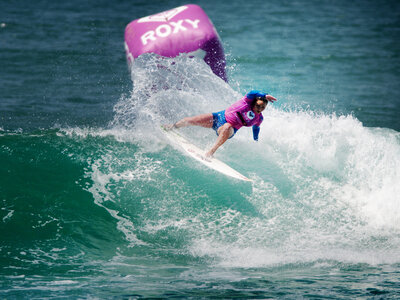