Event No. 3 of 10 on the 2009 ASP World Tour, the Billabong Pro Tahiti survived a marathon waiting period, culminating on the second-to-last available day in improving conditions that peaked for a climactic Final.

Martinez surfed a near-flawless heat, opening up with an impressive 8.73 out of a possible 10 before putting his opponent in a combination situation with a Houdini-esque 9.73 out of a possible 10. Netting the highest heat total of the event, an 18.46 out of a possible 20, Martinez claimed his second Billabong Pro Tahiti and fourth elite tour win, establishing himself as one of the premier tube-riders in the world.

“I feel great and a bit emotional,” Martinez said. “I feel wonderful. I waited for the good ones out there and just got lucky. There weren’t too many waves and I was lucky enough to get a couple of good ones and not fall. Things just seemed to work out for me today. I really don’t know what to say. It feels really special.”

The form surfer of the event, Martinez surfed the majority of his heats on borrowed equipment, having broken most of his surfboards early in the waiting period.

“I actually borrowed a board from Alain Riou (local Tahitian surfer),” Martinez said. “He rides Darren Handley shapes and the board was the same dimensions and pretty much the same board I ride. It was great to find that as yesterday, I was a bit skeptical about today in terms of the conditions and my equipment, but everything worked out perfectly.”

Martinez, who is without a major sponsor at the moment, has rocketed himself from 19th to 7th on the ASP World Tour ratings with today’s win, putting him in excellent position for the remainder of the year.

“I’m not thinking about money right now, but rather I’m thinking about the feelings I have,” Martinez said. “I didn’t start surfing to make money. I started for me, and to win today, you cannot put a price on the feelings I have. I’m really going to let it sink it and enjoy it. It’s a great result, but it’s a long year and anything can happen. Joel (Parkinson) has a great lead, and now that this event is over, my focus goes to the next one.”

Burrow’s efforts in the Final were nothing short of spectacular, collecting an 8.17, a 7.93 and a 7.33, but they were not enough to overtake the Martinez stranglehold on the event.

“I definitely had fun but it was tricky against Bobby (Martinez),” Burrow said. “He had a dream heat. The conditions looked pretty good for your forehand because the judges like seeing you pump on your forehand in the barrel. On your backhand, you just have to park it in the pit and you can’t do much, but Bobby did everything he had to out there and deserved the win. I still had a fun Final, but hard to enjoy out there because I was in a combination situation the whole time.”

Burrow now moves into the No. 2 position on the ASP World Tour ratings, setting the Western Australian up well as he eyes up the next events.

“I’ve had two keepers in terms of results and I’m hungry,” Burrow said. “I’m still kicking and I’m looking to win. The next few events, I feel really strong at and I’m going to do whatever it takes to win. I’m stoked to get a result at Teahupoo, I haven’t done well here in a few years so it sets me up really well for the rest of the year.”

"I've had a tough draw throughout the event, but that's what has kept me motivated,” Aranburu said. “Coming up against the best guys out there, you need to lift your ability. Beating Kelly (Slater) for me is one of the biggest achievements I’ve ever had. I’ve been looking up to him for so long, and just being on tour with him is an honor. To beat him is a major achievement for me."

The career-best result was halted at the hands of eventual winner Martinez during one of the most exciting heats of the event. Despite coming up short to Martinez (15.23 to the Californian’s 17.17), Aranburu’s equal 3rd place finish boosts the European to 19th on the ASP World Tour ratings.

“Bobby (Martinez) is one of the best out there,” Aranburu said. “I had one good one, but he got two good ones, and that was it. It’s my best result ever and I am stoked. I have lots of confidence going into the next events. I just want to go home and train and try new boards for Brazil and J-Bay. The biggest thing for me is to know that if I can do it once, I can do it twice.”

Michael Campbell (AUS), 35, opened his final day affair with a close win over fellow ASP Dream Tour veteran Taylor Knox (USA), 38, in the Quarterfinals, but the goofy-footer’s precision forehand approach wasn’t enough to overtake a rampaging Burrow in the Semifinals.

“It felt like I was a bit out of rhythm in the Semifinal,” Campbell said. “I wasn’t able to capitalize on the waves I got and Taj (Burrow) posted a couple of really strong scores mid-heat that left me wanting.”

Although falling short of a Finals berth, the journeyman competitor’s equal 3rd place finish boosts him from 29th to 16th on the ASP World Tour ratings.

"This is going to do a lot for my cause,” Campbell said. “I've had average results this year and last year too, so a third is pretty special for me. All of the heats have been hard and sometimes the luck goes your way. I've had a bit of luck this time around, but I've also spent some time here and I know it pretty well. Stoked to get a result and looking forward to the next one."

Joel Parkinson (AUS), 28, suffered an unfortunate Round 3 loss at the Billabong Pro Tahiti, but after two event wins to open the season up, the Gold Coaster remains the frontrunner on this year’s ASP World Tour ratings.

Highlights from the Billabong Pro Tahiti presented by Air Tahiti Nui will be available via www.billabongpro.com 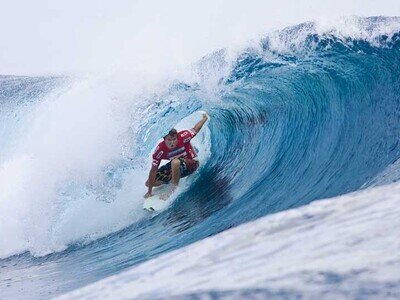 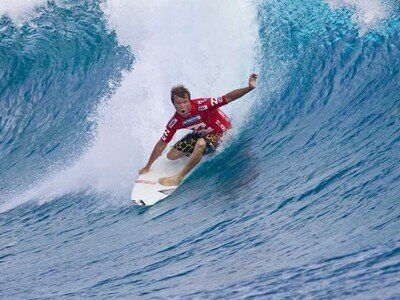 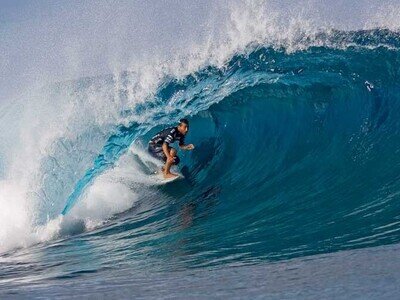 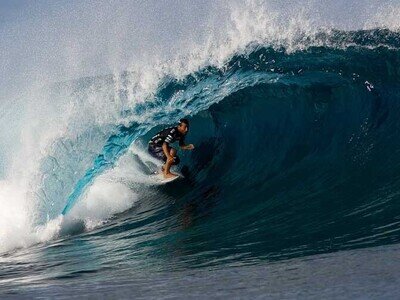 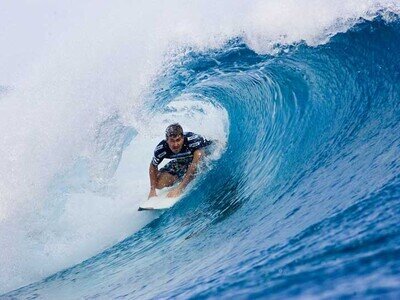 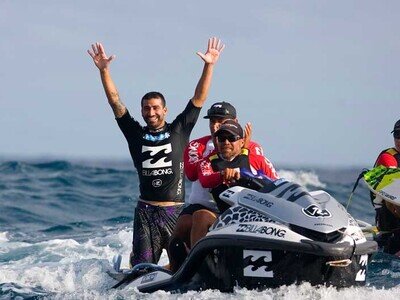 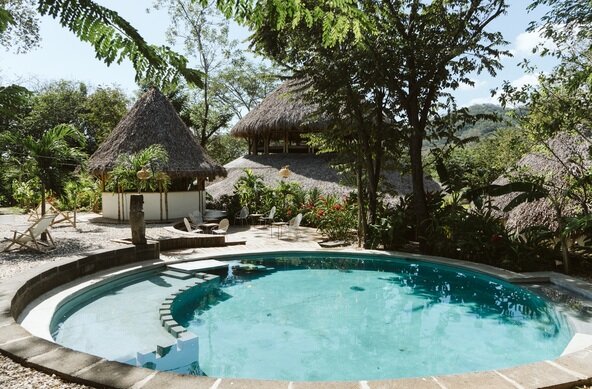 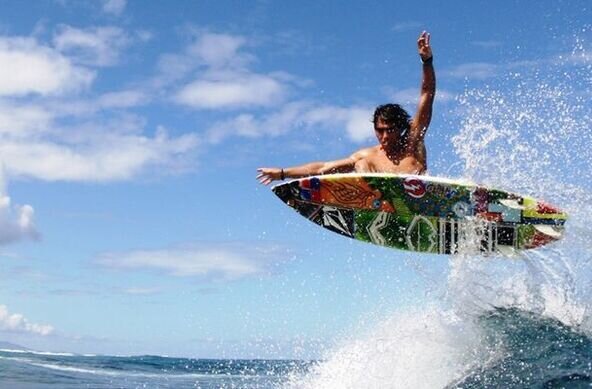 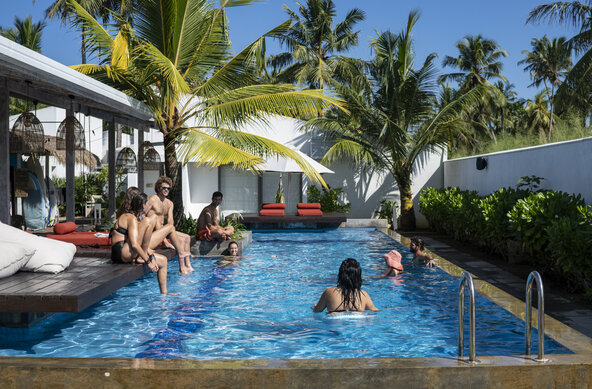 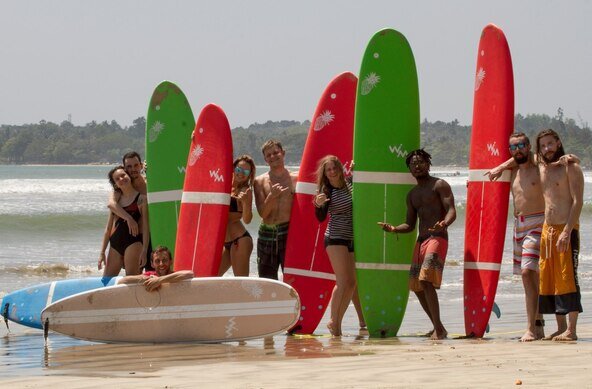