Australia won the Billabong ISA World Surfing Games Team Gold Medal, and was awarded te Fernando Aguerre World Team Trophy today in glassy and consistent two-to-four feet waves in Panama’s Playa Venao. Three years after their last victory in Portugal in 2008, the Aussies put their country back on top as the premiere surfing National Team in the world.

The Australian Team included Mick Campbell, Drew Courtney, Thomas Woods and Nathan Hedge in the Men division; Harley Ingleby and Dane Pioli in Longboard and Dimity Stoyle and Jessi Miley-Dyer in the Women. Five out of the twelve winners were from Australia.

Once again, the Aussies proved that the last day of the event is the moment when teams must step up and take risks. Their strategy was right on target, as it was in 2008, 2006, 2004 and 1998—the four years in which they won the Gold since the ISA World Surfing Games started in 1996.

“This year we brought a mixture of experienced surfers and young guys from the Pro Junior Series,” said Team Australia Coach, Martin Dunn. “This proves that Australia has great talent in every level; athletes who can perform under pressure.”

Fifteen years after the last Team USA Longboard Gold Medal (Geoff Moysa in 1996), Tony Silvagni made history for his country today after a convincing victory in a highly competitive Final.

Silvagni started off with solid 8.17 and 8.73 scores, leading the heat from the beginning until the end. With five minutes remaining, last year’s finalist, Harley Ingleby (AUS) got busy, posting an 8.37, but it wasn’t enough to take the lead.

In 2009, Silvagni won the Copper Medal in Costa Rica. Today, he showed great improvement by taking home the Gold. “I stayed focused the whole contest, listening to everything my coach had to say—that was key. This is the best win of my entire life. I’ve being training hard, surfing every single day, and I’m very, very happy. I want to say thanks to everyone from the United States, as well as my mom, my whole family and friends for their support. This is great!”

With two waves, she combined a series of strong backside moves that gave her a 7.93 and an 8.50, reaching a total of 16.43. Her combined score was enough to beat the 13.63 of Mulanovich and grab the heat lead in the last five minutes.

“I can’t believe it; it’s like a dream,” said Bulard. “Doing this for the French National Team is amazing. We are not going to be together at the top (Gold Medal) of the podium as a team, but it is great. I would like to thank all my family and friends—I can’t wait to go home and celebrate with all of them.”

In what many consider the most incredible and unexpected victory in the history of the ISA, Santiago Muñiz from Argentina won the Men’s Gold Medal. Surfing against ASP World Tour surfers from countries with great surfing traditions, the Argentinean clearly stood out, drawing clean lines and completing strong progressive, functional maneuvers.

An abundant Argentinean crowd and teammates went crazy when the result was announced on the loudspeakers. “This is so amazing, I don’t have words to express my feelings right now,” said an excited Muñiz. “I’m so happy, this is a big achievement for Argentina. I’ve trained so hard for this, and now I will celebrate. My team kept me motivated and with good energy. I love all my family and my dad who really supports me. He is responsible for 90 percent of my performance, because without him and my team, I never would have won.”

Once the surfing was over, the Closing Cermony got underway.ISA President Fernando Aguerre did not attend, as he is in California recovering from a surfing injury. From home in a recorded message, he stated, “The ISA is very proud of this event, and we hold our belief that Panama will invite us here again in the near future, because Panama has a very important role to play in the future of surfing . With thousands and thousands of miles of coastline, a beautiful landscape and an amazing amount of waves, most of which are still unexplored, Panama offers paradise in a world in which paradise seems to be lost at times.”

Aguerre finished his speech by saying, “I want to express my gratitude to the people of Playa Venao and to all the staff and all the volunteers in Panama who made this event possible. Panama is an example of a green country and beautiful jungles with a small population, but with a big heart. You will stay in the ISA heart forever.”

The Ceremony was honored by the presence of Ricardo Martinelli, President of Panama, who welcomed everybody and invited the world to come to Panama, to surf and enjoy its excellent waves.

Panama’s Tourism Minister, Salomón Shamah was also present at the Closing Ceremony, delivering medals to the winners, along with the President.

With another edition of the annual Billabong ISA World Surfing Games successfully compete, the ISA looks forward to announcing the location of the premiere world team surfing event for 2012. 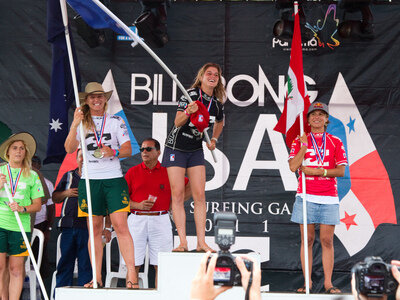 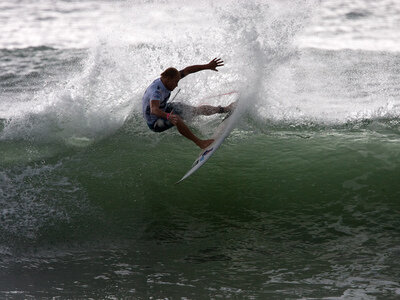 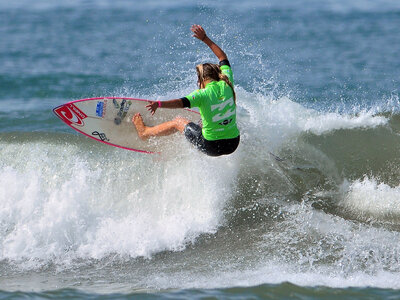 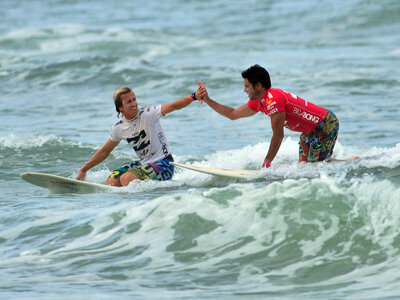 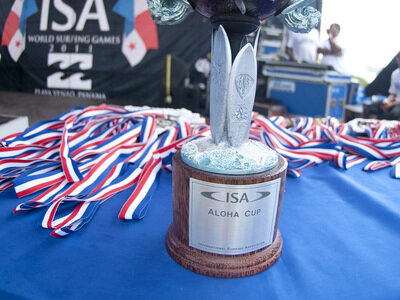 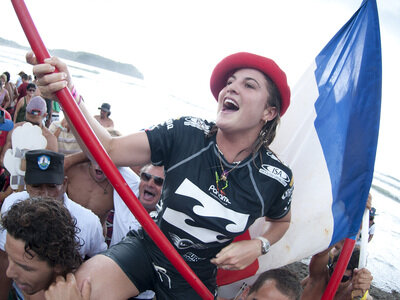 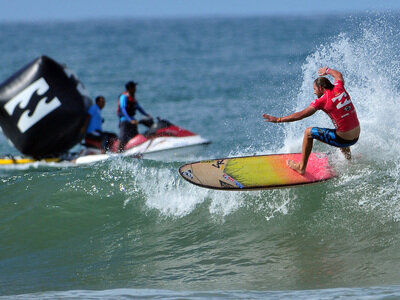 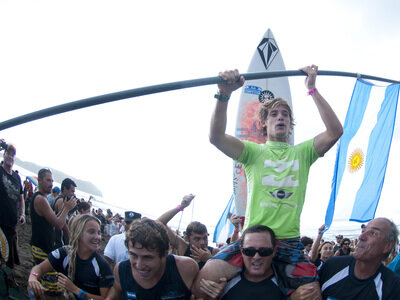