The Billabong Rio Pro, stop No. 3 of 11 on the men’s ASP World Title Series, saw the world’s best surfers tackle a variety of conditions after a week of lay days and ran at both the lefthander of Arpoador and the tricky beachbreak of Barra Da Tijuca over four consecutive days to decide the 2011 Billabong Rio Pro winner.

De Souza, who was a standout throughout the Billabong Rio Pro, won several close heats on the final day of competition before scalping a commanding victory over Burrow with the support of a massive Brazilian crowd behind him.

“There are no words to express how I feel right now,” De Souza said. “Thanks to my manger for pushing me every day, I couldn’t have done this without him. Thanks so much to my fans, who have been on the beach supporting me from the beginning to the end and to my sponsors. I’m happy to keep the title in Brazil one more time.”

De Souza, who is now the frontrunner on the ASP World Title Rankings, was also apprehensive in announcing his current position atop the elite standings.

“It’s still very early days and next event will be J Bay so I’m going to be pushing myself,” De Souza said. “Kelly (Slater) and all of these guys are such amazing surfers and have been on tour for such a long time, but I’m going to try my best.”

Taj Burrow looked deadly throughout the Billabong Rio Pro and posted the highest scores on the final day of competition, but despite opening his account with a 7-point ride in his bout for the title against De Souza, was unable to find a second score to surpass the local favorite and finished runner-up.

“I didn’t even really start that well and it really slowed up in the Final,” Burrow said. “Adriano had a good tactic in that heat and connected with two pretty good waves. I just couldn’t find a wave out there.”

Burrow, who finished runner-up on the Gold Coast to Kelly Slater (USA), 39, was admittedly distraught after coming painfully close to another elite event victory.

“I’m pretty devastated right now, but eventually I’ll be able to smile about it,” Burrow said. “Two seconds is good, but I didn’t want to lose that one, I wasn’t planning on losing that one.”

Jeremy Flores (FRA), 23, returned to form after a severe knee-injury forced him to withdraw from the season opening event on the Gold Coast. The young Frenchman was a standout throughout the entirety of Billabong Rio Pro competition and went on to eliminate current ASP World Title No. 2 Joel Parkinson (AUS), 30, before losing to Burrow in their Semifinals heat and finished equal 3rd overall.

“I was really motivated for this event because it’s really my first event of the year where I’m feeling good physically,” Flores said. “I did everything right. I rested and I’ve trained, I did everything I could to do well. This result feels great. The waves have been tough the whole event, but when we could get two or three good turns in we got some big scores. I’m happy with the result, but I wish I could have got some more waves in the Semifinal.”

Flores’ equal 3rd place finish puts him at No. 11 on the men’s ASP World Title Series.

Bede Durbidge (AUS), 28, quietly advanced through the early rounds of Billabong Rio Pro competition before taking both his Round 5 and Quarterfinals heats with some of the day’s top scores, but the Australian powerhouse was unable to find the scores needed to surpass De Souza in their close Semifinals heat.

“Adriano’s got the whole crowd going for him with a lot of energy and he’s fired up and we just had the worst heat,” Durbidge said. “If I knew I only needed a 4 at the end I probably would have surfed differently. A 3rd is the best result of the year for me and it’s good to get some momentum going and know I can win heats again and build some confidence going into J Bay.”

Top 10 on the ASP World Title Series After the Billabong Rio Pro: 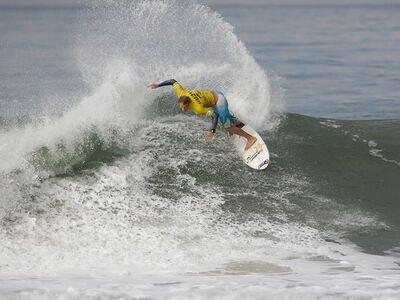 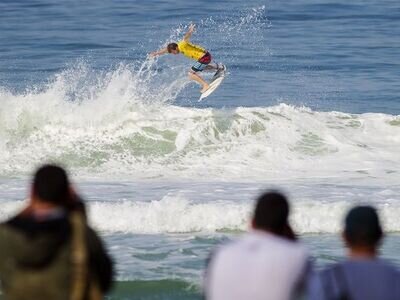 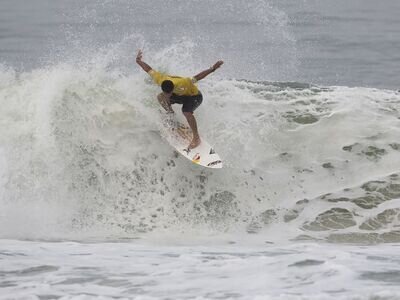 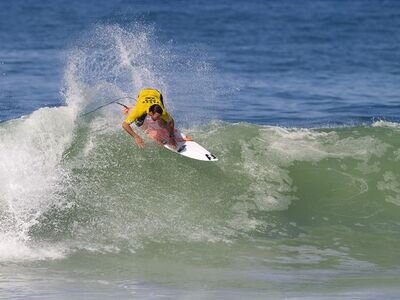