MUNDAKA, SPAIN - OCTOBER 13 - Brazilian surfer ADRIANO DE SOUZA has aced Australian tour veteran CHRIS DAVIDSON to win the Billabong Pro Mundaka in Spain.Moving from the long left hand rivermouth of Mundaka to the back up location of Sopelana beach (sop-e-lana) beach due to small swell, competition moved from round three, right through to the final.

Notching up his first ever win on the ASP world tour, the 22-year-old did it in fine style, first trumping nine-time world champion KELLY SLATER in the semi before easily outpointing DAVIDSON in the final 16.40 to 11.83.

A former world junior champion (2003), DE SOUZA has been a firm fixture of the top ten in 2009 reaching the final of two events prior to his breakthrough win in Spain today. Jumping from 6th to 3rd on the ASP ratings, the talented natural footer is now nipping at the heels of breakaway tour leaders MICK FANNING and JOEL PARKINSON.

For 33-year-old DAVIDSON, the second place result is his best ever finish on the ASP world tour. After a turbulent career that has seen him drop out of the top 45 three times, the Narrabeen local defeated an on fire CJ HOBGOOD in the semi but could not keep his hot streak going in the final. The 1032 ratings points as second place reward has seen him jump to number 20 in the world and in a great position to qualify for the 2010 tour.

Floridian all time great KELLY SLATER failed to capitalise on the round three exit of current world number one MICK FANNING, needing to win the event to gain ground in the world title race. Once again the events form surfer despite a niggling knee injury, SLATER dealt with Aussie TAJ BURROW in the quarters and looked on track to record his second tour victory for 2009. The 2003 Billabong Pro Champion went down by less than 0.10 of a point to the eventual winner DE SOUZA.

With just two events remaining on the ASP world tour, the world title looks set to be decided on the hallowed shores of Hawaii, at the Billabong Pipeline masters in December. The tour will move to Portugal next week for the last stop of the European leg.

Australians FANNING AND PARKINSON remain in the box seat to clinch the 09 title despite both recording poor results in Spain. PARKINSON was handed his third consecutive equal 17th finish while FANNING moved into first place on the ratings with an equal 9th. 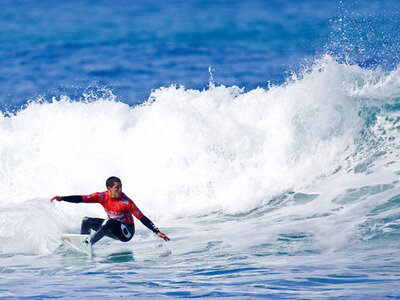 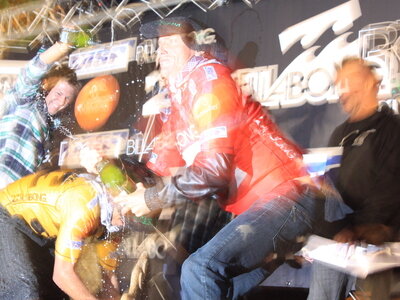 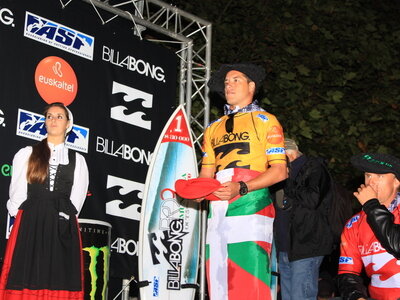 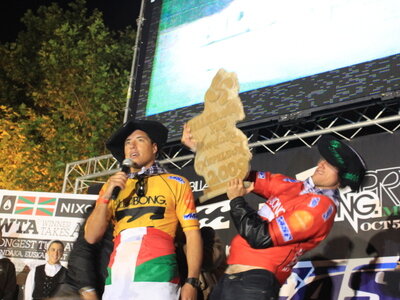