Event No. 6 of 10 on the 2013 ASP World Championship Tour (WCT), this season’s Billabong Pro Tahiti saw the famed South Pacific reef pass of Teahupo’o turn on throughout the event with the world’s best surfers redefining high-performance barrel-riding, culminating in a electric, marathon 19-heat final day.

The young Australian was on a tear during the final day of competition, posting excellent scores through his five heats today. Buchan’s back-to-back 9-point rides to open up the Final for phenomenally deep forehand barrels proved enough to stave off an inspired recovery from Slater, including a death-defying righthand barrel in the dying moments of the Final.

“I can’t believe it,” Buchan said. “Kelly (Slater) is incredible and I thought he snatched it for me at the end. I couldn’t go right…but I probably should have. I still can’t believe it. It hasn’t sunk in. What an incredible day though. The sun came out during the last five minutes and it’s all just really special right now.”

Buchan’s win today marks the second of his eight-year career amongst the world’s elite (his first in France over Slater in 2008) and Central Coast goofy-footer rockets from 18th to 10th on the 2013 ASP WCT rankings.

“I knew I had to step it up today,” Buchan said. “Had to plow through some big names today. Every time I paddled out, I told myself that I only had to catch two waves. That was my mantra through each heat and it worked out well for me.”

Slater was a man possessed on the final day of competition, surviving horrific wipeouts throughout his five heats of competition to find himself in this evening’s Final against Buchan. Despite an incredible backhand barrel and a last-minute effort on a righthander, the Australian’s early scores would prove too much for Slater to overcome.

“Took a few poundings out there today for sure,” Slater said. “Felt like I dislocated my shoulder at one point but it feels okay now. The waves were really fun today and Ace (Adrian Buchan) just happened to get those two gems at the start of the heat. Those two were the ones and I would have preferred a win, but Ace has been in really good form all day and he’s a deserving winner.”

Slater’s Final berth this evening pushes the Floridian into the frontrunner spot on the 2013 ASP WCT rankings heading into the back four events of the season.

“Trestles, Europe and Pipe is a pretty strong leg for me historically,” Slater said. “It’s pretty close at the top right now so it will be an interesting finish to the season.”

Kai Otton (AUS), 33, proved one of the form goofy-footers of the Billabong Pro Tahiti, consistently notching excellent scores and heat totals en route to the Semifinals. The Australian’s passionate and committed forehand tube-riding approach was no match for Slater, however, with Otton settling a matched career-best Equal 3rd.

“It’s a pretty pivotal moment for me in my year,” Otton said. “I think I can confidently say that this result sets me up pretty well for requalification for next year. I obviously wanted to beat Kelly (Slater) there, but sometimes things don’t go your way. Still happy with the result though.”

Mick Fanning (AUS), 32, two-time ASP World Champion and defending Billabong Pro Tahiti winner, was in fine form throughout the event, but ultimately fell to a rampaging Buchan in this evening’s Semifinals. Despite an impressive 9.13 of his own, Fanning was unable to overcome an early onslaught from his compatriot and settled for Equal 3rd.

“Big picture is all going well,” Fanning said. “Another Semifinal? You can’t be disappointed with that. Ace (Buchan) had a great heat with a phenomenal start and I had a couple of opportunities to come back but the tube monster got me. That said, I had a couple of close heats so to finish Equal 3rd is a good result.”

“The forecast was looking pretty dim before the event started but I think it’s been one of the better years for waves we’ve had,” Fanning said. “We finished early and I’m looking forward to a little more time at home before the next big leg.”

John John Florence (HAW), 20, has been in sensational form since his return from an early-season injury. One of the event favorites in Tahiti, Florence nailed an incredible double barrel Perfect 10 to open his Quarterfinal bout against Buchan this morning but was ultimately unable to overcome a massive heat total from the Australian. Although having to settle for Equal 5th in Tahiti, Florence was awarded the Andy Irons Most Committed Award for the event – honoring the late three-time ASP World Champion and Tahiti’s favorite adopted son.

“I’m very honored to be awarded the AI Most Committed Award,” Florence said. “He was a mentor to me and all my friends growing up. We all miss AI. We all still look up to him and what he did in the water. I obviously wanted to do better in the event, but if I couldn’t make it any further, this award is pretty much the most special one I could win. Looking forward to the next one.”

The next stop on the 2013 ASP World Championship Tour (WCT) will be the Hurley Pro at Trestles in Southern California from September 15 – 21, 2013. 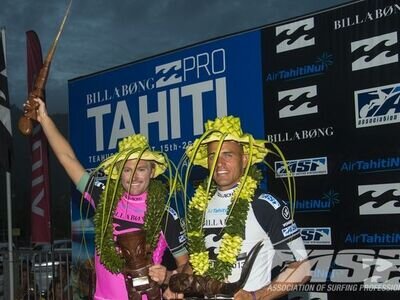 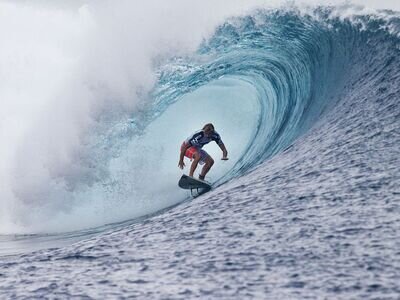 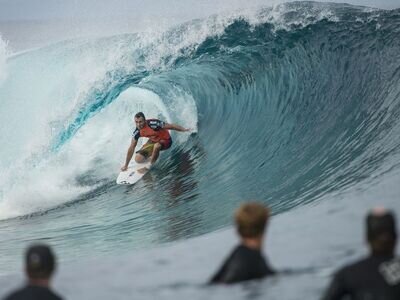 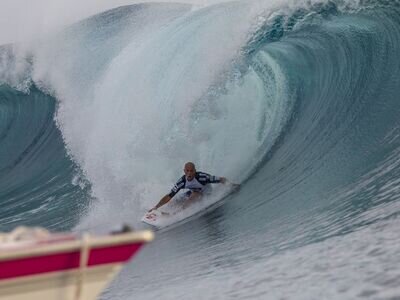 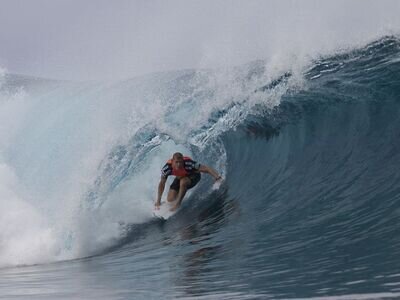 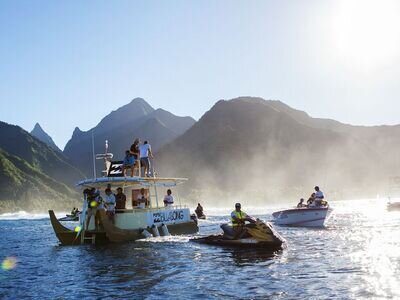