BELGAS, Peniche/Portugal (Satuday, October 24, 2009) – The first 13 heats of Round 2 of the Rip Curl Pro Search were completed today in punchy three-to-four foot (1 – 1.5 metre) waves at the second backup site of Belgas. Despite the remoteness of the location, an estimated 20,000 fans showed up to compliment the hundreds of thousands online who watched the world’s best surfers do battle.

The heat was an extremely tight affair with Slater opening up with solid scores on both his forehand and backhand while his younger opponent waited patiently. Wright’s progressive forehand arsenal was put to use in the punchy lefthanders, threading barrels and stomping air reverses to come within striking distance of the champ. Needing a solid score with time winding down, Wright pulled into a lengthy left barrel to score a 7.73 out of a possible 10 to take the lead and the heat win.

“I feel great, it was a really tough heat with not many waves,” Wright said. “Kelly (Slater) got the jump on me and opened up early so I sat and waited to try and get the bigger and better waves. Every time I have watched a heat of Kelly’s on the tour the waves turn on so I was stoked to be out there with him and have such good exchanges.”

Wright, who has just resigned with major sponsor Rip Curl for a further five years, has had an incredible 2009. Undefeated on the ASP Australasia Pro Junior Series, Wright has also secured the current No. 3 spot on the ASP World Qualifying Series (WQS), cementing his position on the 2010 ASP World Tour.

“I’ve had a pretty incredible year,” Wright said. “When I started in January, I was just focused on the junior series and building a seed on the ASP WQS. After the first few events on the ’QS, I was sitting near the top and reevaluated my year. Now that I’ve qualified for next season, I’m just focused on improving my surfing and getting as much experience as possible.”

Wright will battle California wunderkind Dane Reynolds (USA), 24, in Round 3 of the Rip Curl Pro Search.

Slater’s Equal 17 th place finish at the Rip Curl Pro Search marks his fourth of the season, effectively eliminating his chance for an unprecedented 10 th ASP World Title in 2009. Despite the disappointment, Slater is keen to finish strong at the final event at Pipeline in December.

“The Dream Tour has been a nightmare this year,” Slater said. “One guy wins, one guys loses. That puts me out of the title race. It would be nice to win Pipe, perhaps have a little battle with Andy (Irons), that would be good.”

While Slater is out of the running, the 2009 ASP World Title race has been extended past the European leg following today’s action, and will be decided at the final event at Pipeline in Hawaii.

Joel Parkinson (AUS), 28, current ASP World No. 2, suffered three Equal 17ths following his last ASP World Tour win in Jeffreys Bay in July. Although rumors of a niggling ankle injury have run rampant, the stylish natural-footer has denied any physical hindrance to his surfing. A major contender in the hunt for the 2009 ASP World Title, the Australian remains focused on the immediate task of winning heats.

“I’m 100% and frothing,” Parkinson said. “I guess I don’t really get caught up in the world title thing and I am just thinking about my own heats. I’ve got a few results I need to throw away and a few more keepers are needed. There have been a few guys on the bubble who have now been knocked out. It is really sad to lose your friends, it is like using a soldier, but I guess then that brings new faces to the tour.”

Mick Fanning (AUS), 28, former ASP World Champion and current ASP World No. 1, kept the Gold Coast race for the 2009 ASP World Title alive this afternoon, surviving a near elimination at the hands of replacement surfer Patrick Gudauskas (USA), 23, in the final heat of the day.

“Pat (Gudauskas) was out in front and I got that one wave to get back into the lead under Pat’s priority so that was lucky,” Fanning said. “The conditions were really fun, we’ve had some really tough waves in Europe, especially that last event. I think everyone was pretty stoked when we rocked up this morning. Even though everyone can perform in anything, it is really good to get out there in nice clean conditions.”

Fanning, who took out the inaugural Rip Curl Pro Search event in Reunion Island in 2005, has been on a roll through the back half of the 2009 ASP Dream Tour season and is a heavy favorite as the event moves into the business end.

Bobby Martinez (USA), 27, current ASP World No. 8, is a perennial standout at the Rip Curl Pro Search events, and the possibility of laying claim to the prestigious Rip Curl Pro Search “planet” trophy is a key motivating factor in Martinez’s performance in Portugal, today advancing past Nic Muscroft (AUS), 27, into Round 3.

“I tell my wife every day, if I could win one trophy it would be this one,” Martinez said. “If I never win one I swear I am going to have one made. I love the globe and the gold around it. It is the best trophy around and I would be honoured to get my hands on it, but that is a long way from here.”

Martinez will take on 2009 ASP Dream Tour rookie Drew Courtney (AUS), 30, in Round 3 of the Rip Curl Pro Search.

Surfline, official forecasters for the 2009 Rip Curl Pro Search, are calling for a solid WNW swell to push through the next 48 hours.

Highlights from today’s Rip Curl Pro Search will be webcast LIVE at http://live.ripcurl.com 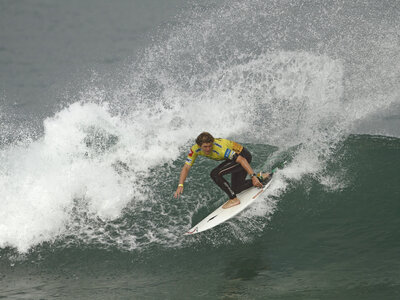 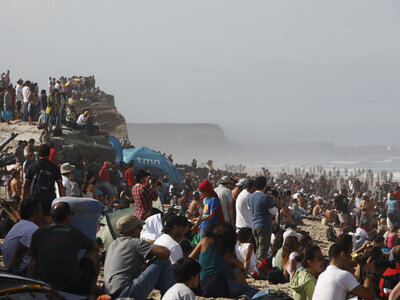 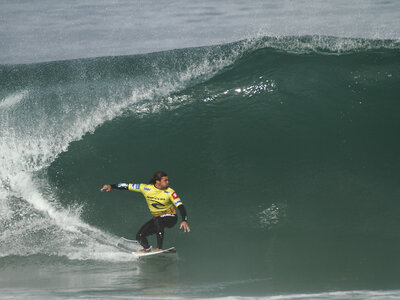 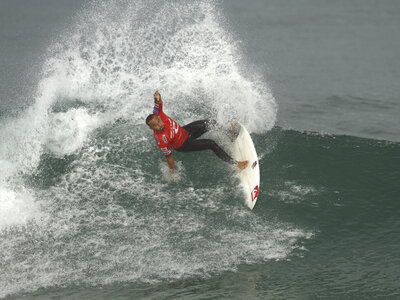