As the town of Tofino on Vancouver Island, Canada gears up for the fourth stop on the O’Neill Cold Water Classic Series, conditions are also lining up for what looks like a spectacular surfing competition week ahead.

While the sun is currently shining and a consistent two-meter swell is forecast for the week, not all is as it seems in Tofino for this 6 Star ASP WQS competition.Cold Water Classic Series contest director Matt Wilson sees the week ahead as one of the toughest on the entire series following the wilds of Tasmania, Scotland and South Africa.

“I’m learning that the weather systems move through really quickly here. There is no stable condition, it can seriously change by the hour,” says Matt.“There’s no shortage of swell,” he said “But this area has a ‘storm watching season’, which means there is also going to be no shortage of wind.”

Event ambassador and local surfer Noah Cohen emphasizes the point; “The swell reading at the bouys never really gets below 10 foot at this time of year, but there are a lot of storms that come with it. And the water is pretty cold.”

This isn’t billed the coldest event in professional surfing for nothing. “It can get down to about 5 degrees here… sometimes even 4 degrees,” says Noah. “Right now isn’t even properly cold yet! It’s about 10 degrees. I’m thinking of wearing a wetsuit hood though, otherwise I end up with brain freeze in these conditions from all the duck diving.”

The surfers have all started gathering in the small Canadian town, and as the Cold Water Classic Series starts its penultimate stop, the competition promises to be fierce.

Series leaders Blake Thornton, Jarrad Howse and Adam Melling, along with fifth placed Nathan Hedge, have all turned up for the chance at the $50,000 prize money for the overall series winner, which will be decided next week at the last competition in Santa Cruz.

However, it isn’t the cold conditions the surfers have to look out for…
British surfer Sam Lamiroy was inducted into the wilds of Tofino with a bear sighting. “I was with my wife and son at a river down the road, when this bear appeared not 5 meters away from where we were standing,” he said. “Luckily it was too engrossed in all the huge salmon in the water to even notice us.”

The first call will be made at 8am on Sunday October 25th
VISIT www.oneill.com/cwc/canada for more information and to follow the competition. 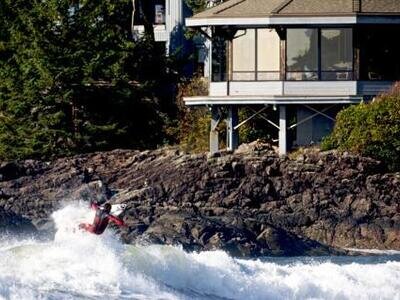 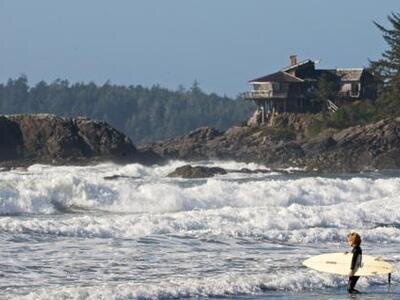 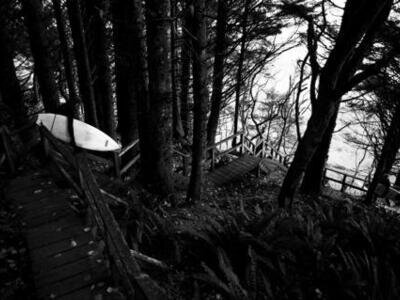 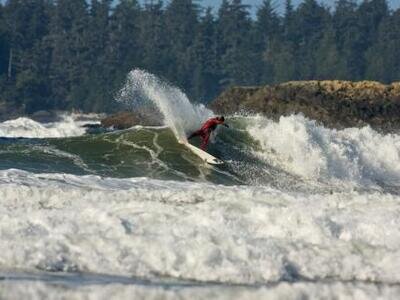 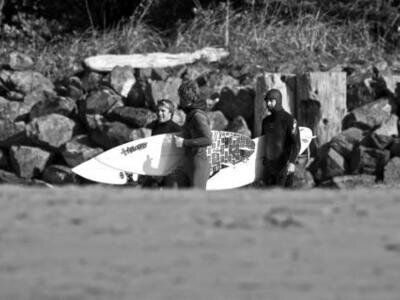 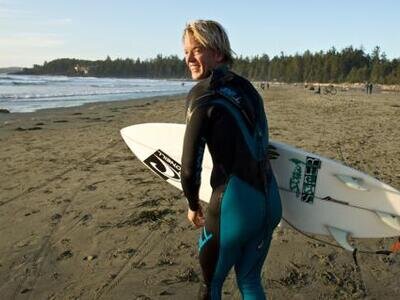