Waimea Bay, HAWAII, November 17, 2009 - Quiksilver.com/Eddie launches today with the announcement of the 28 coveted Invitees and 24 Alternates to this year’s 25th Anniversary celebration of The Quiksilver In Memory of Eddie Aikau, fueled by Monster Energy.

The event will be held on one day, between December 1, 2009 and February 28, 2010, when waves exceed the 20‐foot minimum threshold and Invitees contend for the $98K prize purse. The traditional opening ceremony honoring this silver anniversary will be one to remember, taking place at 2pm, December 3rd, 2009, at Waimea Bay.

Held in honor of the legendary Hawaiian waterman, Eddie Aikau, The Quiksilver in Memory of Eddie Aikau gathers the most skillful and dynamic big‐wave surfers from around the globe. It is the world's longest running and most prestigious big‐wave invitational.

The universal appeal and strength of "The Eddie" is a testament to the human spirit it honors and that we all seek to connect with: a life lived with passion, dedicated with meaning, and exited from heroically. Just 31 when he lost his life in an attempt to save others, Aikau has physically been gone now for as long as he was here. But far from being forgotten, his life story is now woven into the fabric of Hawaii. 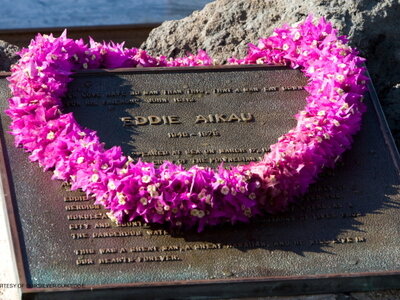 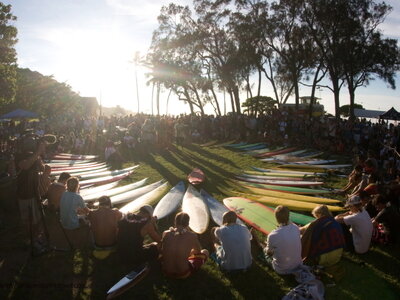