Unstoppable throughout the final day with a series of perfectly controlled battles where she let her classic longboard style speak for herself, Lindsay Steinriede (USA) managed to net the Roxy Pro’s highest wave score of 8.65 out of a possible 10, en route to victory, her career’s best result.

« It feels amazing, I don’t think it has really set in yet and it is slowly starting to, » Steinriede said. « Champagne in the face kind of wakes you up more. (laughs) . I think I am still in shock right now. I was in the final and I won and now it is all over. It is just crazy. »

Looking solid against her experienced opponent and letting no chance for Smith to catch-up after posting a good 7.5 points wave half-way through the final, Steinriede had been on a roll since the early morning posting two of the event’s highest heat results. Adapting to deteriorating surf through the day, the Roxy Pro champion was in rhythm unleashing a mix of classic and progressive style.

« I started out with such a hard heat in my quarter-final so I knew that I had to be on top of my game and just do what I can, » Steinriede said. « She (Smith) is always someone hard to beat in the final or in any heat. She is a great competitor and there wasn’t any bad blood out there so it was a fun final. »

Placing runner-up in the Roxy Pro, this year’s first women’s world longboard title event, Jennifer Smith (USA) suffered from the conditions in the final, not finding the appropriate set waves to stay in reach of a third Roxy Pro event crowning. Having ousted other favorite Meador in the Semifinals and Kelly Nicely (USA) in the Quarters, Smith could not repeat her efficient surfing and will be eyeing a big result in the next event.

« I had no pressure, at least not any more than in my past finals here but the waves turned off and it wasn’t easy, » Smith said. « I am so proud of Lindsay (Steinriede), she deserves to win after getting such good scores the whole event. »

In her third final in six years attending the Roxy Pro, and placing runner-up for the second time, Smith’s obivous local knowledge was not enough to counter Steinriede’s wave-magnet status today.

« I agreed to get the final going but the waves were just too hard to catch and score, » Smith said. « I am super happy for Lindsay, will be looking forward at competing in the next event and try and win the thing for sure. »

Placing equal 3rd and making the Semifinals today were 17-year-old underdog Ophelie Ah-Kouen (Reunion Island, FRA) and longtime favorite Kassia Meador (California, USA) , both athletes falling short of making their maiden final and respectively losing to Steinriede and Smith. Ah-Kouen, who hadn’t been further than Round 2 in her past participations in the Roxy Pro, was still ecstatic with her 3rd place finish.

« I have had a great time the whole event, heat after heat and I am so happy with this result, » Ah-Kouen said. « I was surprised to get through all these heats and felt pretty lucky to make the Semifinals. That last heat wasn’t that good and Lindsay (Steinriede) was just way better than me. Hats off to her. »

Considered one of the most stylish longboard surfers in the world, event favorite and inform surfer this week, Meador had to accept an equal 3rd finish, the Californian surfer letting fellow American Smith keep her away from a first final berth.

“It is my best result this year, I have had a great time and if I am going to lose to anybody I want it to be Jennifer (Smith), » Meador said. « I tried as hard as I could and I am stoked. I am looking forward to China, it’s going to be a whole new vibe. Looking forward to a new place and a whole new culture and waves. And of course coming back here to France next year. I always love coming here, great waves and parties and can’t wait for it.”

The ASP Women’s World Longboard Top 32 will do battle in the final event next October in China, a premiere in the ASP history. 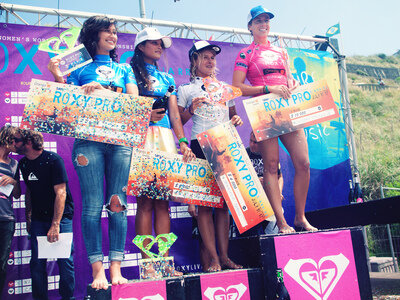 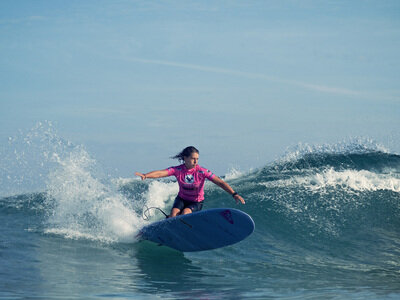 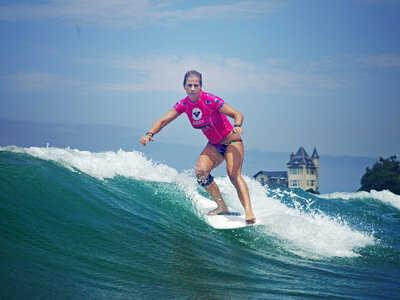 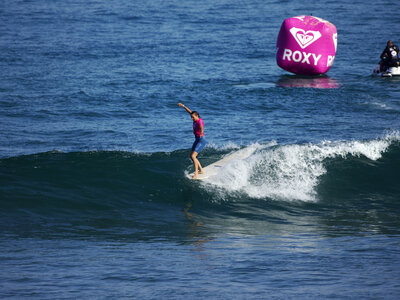