Lima wasted little time in the Final bout, assaulting the glassy righthanders with a barrage of hi-fi fin throws and searing carves, amassing the highest heat total of the event, a 16.50 out of a possible 20, to best her young Australian opponent.

“I feel great!” Lima exclaimed after exiting the water. “I knew I needed to put up high scores early on because Sally (Fitzgibbons) has been surfing so well all event. I have some really good boards and I fell like I have been surfing well. I’m so stoked right now!”

The win marks Lima’s third elite victory of her career and vaults the South American from 7th to 3rd on the ASP Women’s World Tour ranking.

“It’s the biggest result I have had since last year,” Lima said. “It’s really good for me. I feel like I have been surfing well this year but haven’t been making heats. This is very good for my confidence and the rest of the season. I wish we didn’t have such a big break though.”

Fitzgibbons continued her sizzling level of performance in Peru, logging in excellent wave scores in virtually every round of competition. Today’s result marks her third, consecutive Runner-Up finish this season, firmly cementing her place at ASP Women’s World No. 2.

“Another bridesmaid,” Fitzgibbons said. “It’s a good result all the same and great for my rating, but I want to win one really bad. Silvana (Lima) was ripping though. I couldn’t really get into a good rhythm in that heat. I felt good all day, but she got the jump on me and I was never able to answer back. It’s all good though. We’ve had amazing support here in Peru and I’m looking forward to the next one.”

Sofia Mulanovich (PER), 26, former ASP Women’s World Champion (2004) and 2009 Movistar Peru Classic winner, once again pulled out some late heat heroics to best Chelsea Hedges (AUS), 26, in the Quarterfinals but was unable to overcome a rampaging Fitzgibbons in the Semifinals.

“It’s disappointing for sure,” Mulanovich said. “Sally (Fitzgibbons) was surfing really well and I could get the waves I needed. I started out with a strong heat, but got the best waves at the end. It’s another strong result, but I would have liked to make the Final.”

“It was an interesting event and we had challenging conditions throughout,” Gilmore said. “The past few days have been pretty fun on the lefts, but today it felt a bit between swells. It was too small for the left and still kind of big for the right. Equal 3rd is a good result but I felt like I have had a nervous energy about me all event. I hadn’t prepared enough on the righthander and that showed in my wave selection.”

Despite the somewhat uncharacteristic loss, Gilmore still retains a healthy lead in the hunt for her fourth consecutive ASP Women’s World Title, and will use the mid-season break to recharge before the end of the year.

“I’m going to go home and then on some surf trips to Indonesia,” Gilmore said. “I’m working on a film project with Ava Warbick and I’ll use the time to recharge before the US Open in July and then onto Portugal after that.” 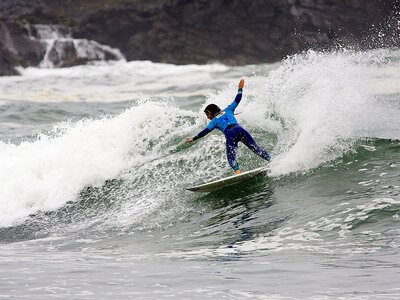 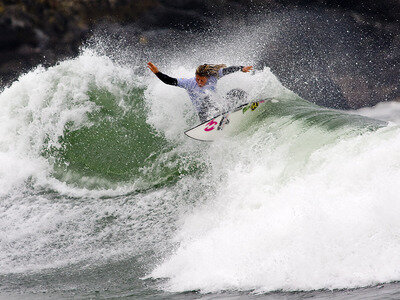 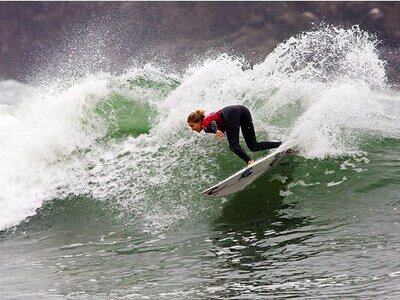 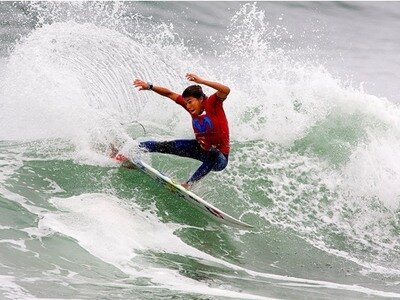