“I am pretty happy, said the Australian winner Matt Wilkinson. “I have never won a QS event,” he said. “Well, I won a One Star event when I was 16 or 17. It was the first QS I ever did. Ever since then I’ve been getting seconds and thirds and stuff, so to get that monkey off my back, I’m frothing. I am just stoked with this week.”

In a closely fought final in 4-foot waves in the pouring rain at Steamer Lane, Tonino and Matt traded the lead throughout the heat at this ASP Prime event.

“I was just stoked to be in the final,” said Tonino. “There are so many good surfers here. I am just happy to be here.”

Matt Wilkinson had earlier disappointed local crowds who were braving the afternoon rain to support their local hero, Nat Young, by defeating him in the semi finals.

Nat Young has three titles in a row here at this event: once CWC winner, and twice junior winner. But this year it was not to be: “I am really disappointed not to have made it to the finals,” said Nat as the local crowds consoled him.

In an emotional morning, Shaun Cansdell came down to watch the heat of Dion Atkinson – the one man standing in the way of him and the O’Neill Cold Water Classic Series victory and the $50,000 that comes with it.

“To tell you the truth I actually didn’t want him to do well,” said Shaun. “I just really wanted the $50,000. I would have loved him to get into the semis but I would have probably have gone grey by then.”

“I was really nervous,” said Shaun. “I was spinning out. I had to go get water. I thought I was going to pass out. It changes my life for sure,” he said. “Last year I didn’t really compete. I stayed at home and just had a few casual jobs and stuff to earn money,” he said. “This will make a big change. I have a little bit of a plan for the money. I want to make sure I am smart with it.” 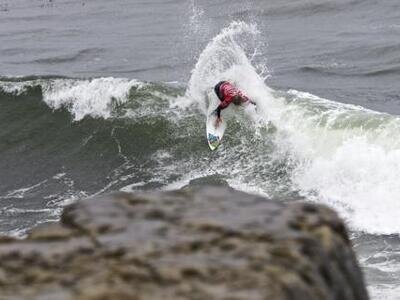 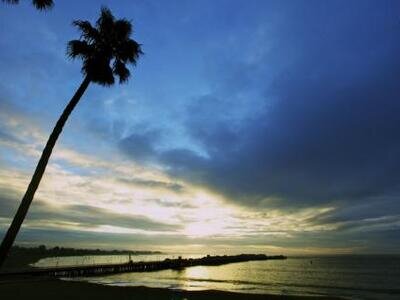 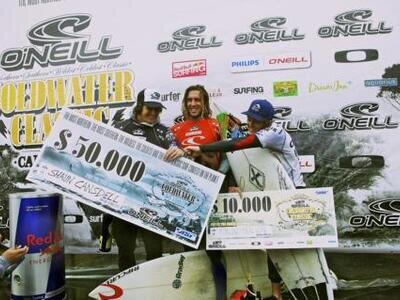 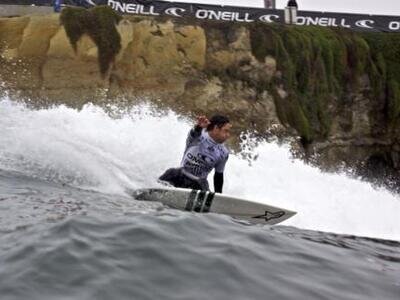 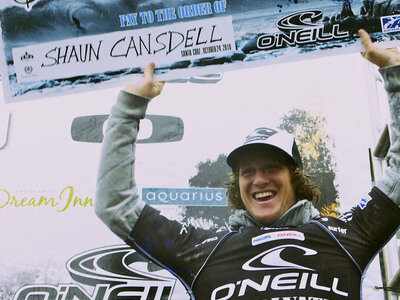 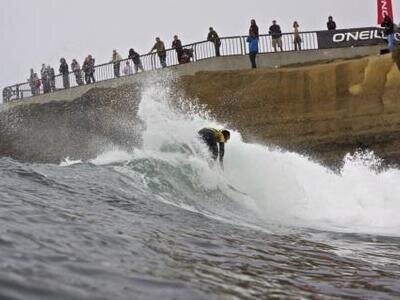 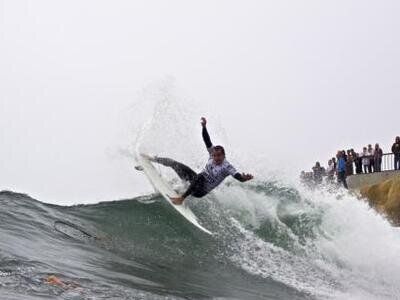 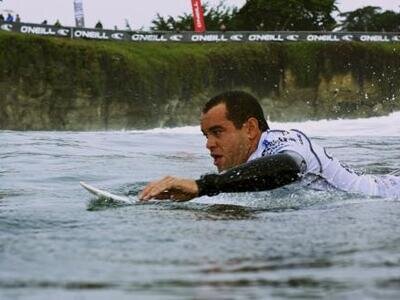