Stop No. 5 of 10 on the 2009 ASP World Tour, the Billabong Pro Jeffreys Bay will go down as one of the finest in history, with the two final days of competition enjoying pumping surf and amazing performances, culminating in today’s exciting finale.

Parkinson wasted no time in the 40-minute Final, smashing an excellent 9.47 out of a possible 10 on his opening wave. The wave exhibited the Australian’s unparalleled mastery of the Jeffreys Bay lineup, a symphony of beautiful forehand arcs and committed barrel riding, taking off from “Boneyards” section at the top of the point and riding well over 200 metres to the eruption of crowds on the beach.

“I knew the waves were dying down towards the end of the day and it was going to be important to get on the board early in Final,” Parkinson said. “I’ve been sitting up the point at Boneyards for most of the event and trying to find the ones that would run all the way down the point – that one was no different. As I stood up I had a really nice line on it and I tried to make the most of it. Turned out to be a crucial part of the heat.”

Today’s win comes 10 years after Parkinson’s inaugural victory at the Billabong Pro Jeffreys Bay, last ascending the winner’s dais in 1999 when he competed as a wildcard.

“Wow – 10 years seems to go by really fast,” Parkinson said. “I’ve enjoyed coming here every year since that first one, and it’s been a pretty incredible trip since then. To bring it together 10 years down the track, it’s a pretty special feeling and all I can say is that it’s a fantastic event and I’ll be coming here as long as I can.”

Throughout the competition, time-and-again, Parkinson proved to be the form surfer, collecting two Perfect 10s (Round 3, Semifinals) as well as several 9-point plus rides as he deftly advanced through five heats of battle. This victory marks the phenomenal natural-footer’s third ASP Dream Tour win this year alone, strengthening his position as frontrunner in the race for the ASP World Title.

“The conditions for this event were just unbelievable and the surfing speaks for itself,” Parkinson said. “The past two days are a bit of a blur – so many massive scores and barrels from everyone. In terms of the world title, I do my best not to think about it. In the past, I’ve done my head in by wondering how many points behind or ahead of someone I am, and this season, I’ve just focused on the task at hand. I’ve had a good start, but it’s a long year and a lot can happen. I’m looking forward to heading home to see my family and training hard for the next one.”

Unfortunately for Hobgood, inconsistency plagued the back half of his Final clash with Parkinson, and the Floridian was unable to find a rhythm in the challenging conditions. However, today’s Runner-Up finish marks second career result at the venue for Hobgood (the other to Slater in 2003), an impressive feat for a goofy-footer.

“It’s an honor to come here every year,” Hobgood said. “The place is magical and it’s just so beautiful. It’s easy to get distracted by how beautiful it looks when waves are coming down the point. Joel (Parkinson) opened up with that really good wave and at that point, the only thing I could do was pray for an 8-footer to come through. It’s not an easy wave for goofy-footer’s to excel at, but I feel really fortunate to finish in the Final. It’s a great result for me.”

Hobgood’s route to the Final was no easy feat, navigating through a bevy of in-form surfers: Bede Durbidge (AUS), 26, in Round 3, Taylor Knox (USA), 38, in the Quarterfinals, and Dane Reynolds (USA), 23, in the Semifinals. Today’s result bolts Hobgood from 10th to 5th on the ASP World Tour ratings, putting him in excellent position to contest the back half of the season.

“This is definitely my best result of the year and moving up to 5th puts me in good position for the back half of the season,” Hobgood said. “I opened up with a pretty good result on the Goldy before having some average outings in the last three. Today’s finish definitely gives me a lot of confidence heading into the next few events, and I’m looking forward to the next one.”

Dane Reynolds (USA), 2008 ASP World Tour Rookie of the Year, lost a wave-starved Semifinal to eventual Runner-Up Hobgood, but impressively stamped his authority on today’s proceedings, besting 2009 ASP Dream Tour rookie Michel Bourez (PYF), 23, in the opening heat of the day before taking down giant-slaying wildcard Sean Holmes (ZAF), 31, with the highest-scoring heat total of the event, a 19.20 out of a possible 20. The feat included an incredibly long barrel punctuated with a high-risk floater for his second Perfect 10 of the event, as well as executing a mind-blowing fin-throw: exploding through the lip, grabbing rail and landing in reverse before pulling his board around to recover.

“It was a bit of a bummer to have things die down like that after the Quarterfinals,” Reynolds said. “I’m still happy to be here though. The waves were so much fun that it didn’t even really feel like a contest. (On that 10) There were a couple of moments when I didn't think I was going to make it. It was really difficult to navigate, but I punched through and was stoked. I also got to do a pretty big turn in the Quarters, and I kind of wanted to do one of those this whole event, but didn't have a lot of opportunities – when you're on a wave like that one though, you start gaining some confidence and I just tried to do a big turn. Worked out pretty well.”

Today’s equal 3rd place finish is not only a personal best for the young Californian, but rockets Reynolds up from No. 34 to No. 20 on the ASP World Tour ratings, a major relief following three, consecutive equal 33rds prior to the Billabong Pro Jeffreys Bay.

“This event was obviously a welcome change in my year so far,” Reynolds said. “I didn’t have a good start to the season and came here a bit more motivated to compete. But then I started out pretty slow with some board problems and stuff, so I don’t know. I don’t do well when I think about what I need in heats and that, so I just go out to surf. This result takes a bit of pressure off in terms of ratings and stuff so hopefully I can get a few more before the year is done.”

Kai Otton (AUS), 29, was another goofy-footer to bust through Jeffreys Bay’s challenging walls on his backhand, besting Dean Morrison (AUS), 28, in the Quarterfinals before going down in a tit-for-tat shootout with eventual winner Parkinson in the Semifinals. Otton’s equal 3rd place finish bumps him from 27th to 19th on the ASP World Tour ratings.

“I came to Jeffreys really trying to focus on getting a result here,” Otton said. “For me, that means not thinking in heats, and just surfing, so that seemed to work out pretty well. It can be a difficult wave for goofy-footer’s to do well at, but I really think the size helped throughout the event. It allowed us to open up a bit more as it wasn’t breaking really fast on the bricks. I’m looking forward to heading home and training hard for the next event.”

Kelly Slater (USA), 37, reigning nine-time ASP World Champion and past four-time winner of the Billabong Pro Jeffreys Bay, fell to compatriot Knox in their Round 3 bout this morning. Starting the year with three uncharacteristic 17th place finishes, Slater rebounded with a win in Brazil last week, and was poised to threaten the current tour frontrunners with a strong showing in South Africa. However, today’s equal 9th place finish and current ASP World No. 8 rating make a potential charge for an unprecedented 10th ASP World Title much more challenging for the Floridian.

“I’m going to probably have to win three straight now to get back in this thing,” Slater said. “If you do the numbers, I think before this contest, Parko (Joel Parkinson) was ten heats ahead of me, and if I want to contend, I need to catch up. That obviously wasn’t happening for me today.”

Highlights from the Billabong Pro Jeffreys Bay will be available at www.billabongpro.com 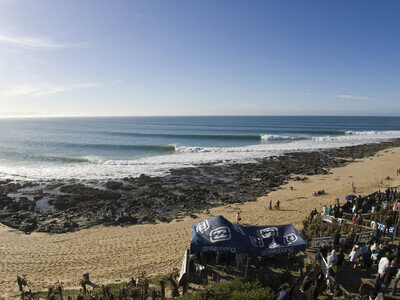 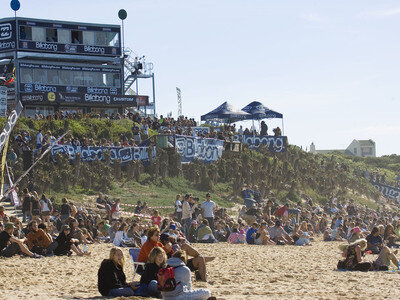 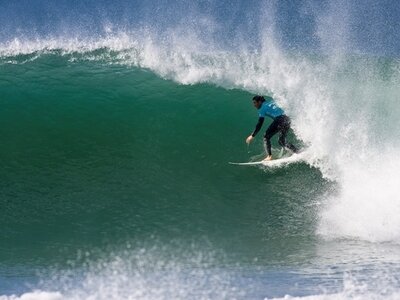