July 9, 2009, Scheveningen, Netherlands - The first stop on this year’s O’Neill Out of Bounds event saw 14 visually impaired and blind children take to the stormy Dutch waters to learn to surf.For some, like 18 year old Elroy Dominicus who is completely blind, it was their first time ever on a surfboard. “I wanted to do it because I was excited to experience something new,” said Elroy.

“It’s a little unstable, but I loved it,” he said. “I can hear the waves coming so I’m not so scared. The waves are very long. One time I was going very fast and I was thinking where does it end.”

“The best thing about it is you just lie on the board and go with the waves all the way to the beach,” he said.

For others like Leroy Le Bock, 13, with only 1% sight, having participated in the first ever Out of Bounds programme last year, he could not wait for his second opportunity to get in the water with the Santa Cruz local instructors.

“I was so excited to come back again,” said Leroy. “I loved it last year. I just love the feeling of surfing, I couldn’t wait to get in the water again,” he said. “When they were giving us instructions in the tent before, I just wanted to get straight into the water.”

It wasn’t just the kids who were stoked on the day. For everyone involved this is one of the most rewarding days of the year.

Each kid was paired with a “buddy” – a volunteer from within O’Neill - as well as a qualified surf instructor as they were introduced to the surfboard and the sea before learning the thrill of surfing.

Head instructor and Santa Cruz local surfer, Joey Hudson ran this day last year with great success and satisfaction, and was stoked once again to be part of it.

“The O’Neill Out of Bounds day produced such a rewarding experience for everyone involved last year, it was great to have it back,” he said. “This year was just as special as it was last year – although just a bit more challenging in the swell. But all the kids were standing up and so excited – almost as much as all the volunteers.”

Despite stormy summer conditions producing a surprising four-foot swell at Scheveningen making the experience that bit more challenging, all the kids managed to cruise on a wave, some even standing up first time.

On the beach for the day and as a fitting source of inspiration for the kids was professional snowboarder and wakeboarder, Bibi Mentel.

“I spoke to the kids this morning before they went in the water,” she said. “I told them about my story which in short is that in 2000 I had an injury and they discovered bone cancer in my leg. Although they tried to save it, I ended up having to have it amputated. Four months after, I was back on my snowboard and seven months later I was Dutch Champion.”

“I told the kids to just follow their dreams,” said Bibi. “I hope I inspired them to find out what they want and to just do it.”

The O’Neill Out of Bounds programme was introduced last year for two days on the Dutch coast. Based on its success it will now feature three days in this year’s Surf Academy – a day in Holland, one in Belgium and another in France.

The O’Neill Surf Academy was started 12 years ago by Jay Moriarity, Richard Schmidt and Robert “Wingnut” together with O’Neill. Offering free day-long surf tuition to kids between the ages of 6-16 years old, it provides hundreds of children their first experience of surfing.

The O’Neill Out Of Bounds program dates and locations are: 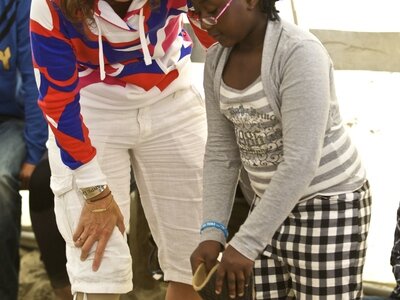 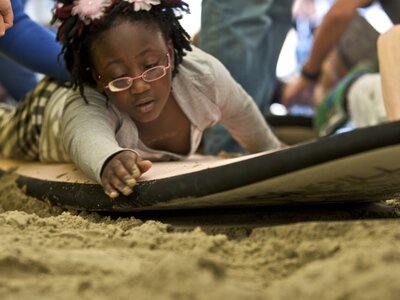 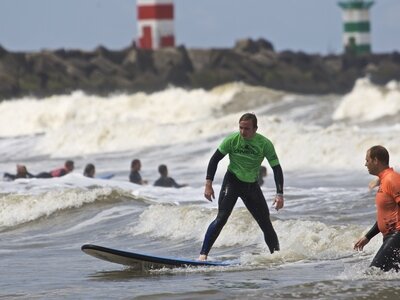 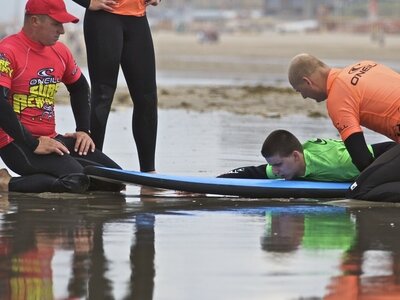 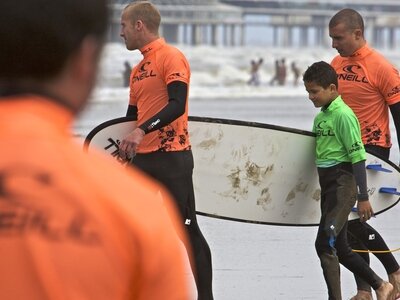