May 3, 2009 - Thurso, Scotland – The wild Scottish elements might have put up a fight today at the O’Neill Cold Water Classic Scotland by Swatch, but the competition definitely won. Despite a strong chilling northeasterly wind and the odd torrential downpour, the contest went ahead with an early 7.40am start at Brims Point ...

Despite a strong chilling northeasterly wind and the odd torrential downpour, the contest went ahead with an early 7.40am start at Brims Point in what a few of the competitors described as ‘challenging but definitely contestable conditions’.

Even for legendary water cameraman, Larry Haynes it was a battle in the 4 to 6 foot swell as round 2 was completed and round 3 got underway.

“It was really tough,” Larry said. “I got a good workout today. I got mowed by a rogue set which broke all the way to the bottom, and I got flushed a few times – and every time had to swim against the current back into the lineup to get the shot.”

The young Australian talent, Owen Wright, despite “paddling non-stop against a strong current”, impressed on these waves in his second round heat. He had two solid rides scoring an 8.43 and a 7.17, finishing top of his heat and proving that the ASP WQS Tour leader is definitely a name to watch out for the in the next few days.

With a rising tide and building currents, the competition went on hold after lunch at the end of round 2 – in order to make the most of its mobile format.

One hour later, and a quick shift along the remote Scottish field to The Bowl at Brims, it was back into the water for the first few heats of round 3.

Nathan Hedge and Luke Munroe finished top of their heats – both among the standout surfers from the competition so far.

“I’m really enjoying myself,” said Luke Munroe. “Thuso’s got everything we need – great food and good fishing – it’s my favourite stop on tour.”

Focusing on the surrounds as well as the competition, Luke has already been fishing the Scottish waters on the lay-days.

“We caught a few brown trout,” he said. “I brought a kit from home and we had a little hipflask of whiskey in the back pocket to keep us warm. It’s just a magic place. You just can’t help but enjoy yourself here.”

Russell Winter was the first of the two British surfers remaining in the competition to move into round 3, with Reubyn Ash due to surf tomorrow.

“I’ve won here before so I’ve got a bit of confidence,” said Russell. “And I know the wave because I have surfed here a lot - but it’s still difficult.”

With conditions forecast to remain similar tomorrow, it doesn’t look like it’s about to get any easier.

The next call will be made today May 4 at 9am

The live webcast will be shown on www.oneill.com/cwc/scotland 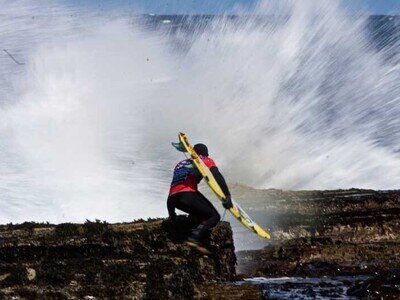 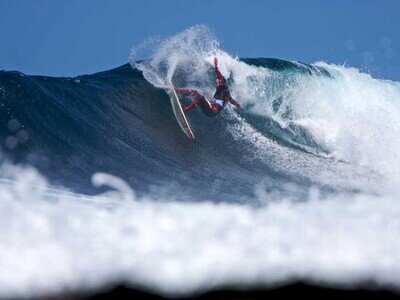 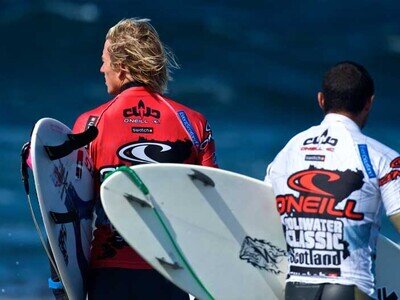 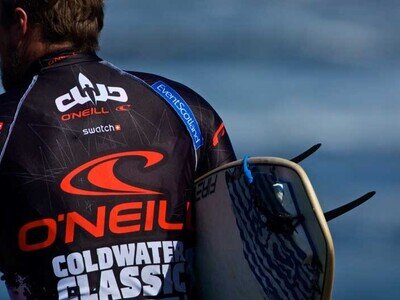 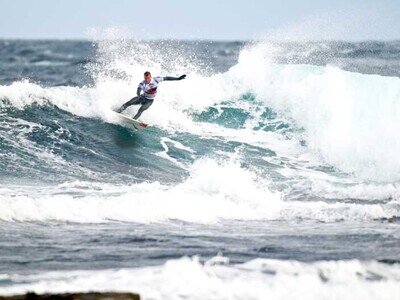 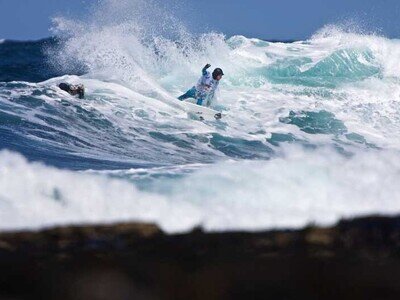