May 2, 2009 - Thurso, Scotland – Living up to expectations, ‘The Saturday’ of the O’Neill Cold Water Classic by Swatch came in with a solid six to eight foot swell and challenging waves at the world class Thruso East to kick off the round of 96.

The unexpected came in the form of the weather – starting with glorious sunshine and a gentle cross-shore breeze before hail, gale force winds and driving rain interrupted the calm.

“I can’t say I’ve been out for a surf when the hail has been hitting me before,” said Nathan Hedge. “I was just hoping that it wasn’t going to get any bigger.”

While a group of surfers were already in the water acclimatising at 4am, the actual call for the event was made at 6am for a 6.30 start to get the most out of the day.
The Brits put on an awesome show with Alan Stokes and Sam Lamiroy going through top of their heats – even despite Sam’s fin snapping off on one of his turns. There were a few surprises in the day as former ASP World Tour Champion Sunny Garcia was knocked out of the competition as well as the young Hawaiian talent of John John Florence. The biggest surprise – which now in the fourth year of this event should actually no longer be a surprise – was the weather, switching to a strong southwest wind, forcing the day to end early at 2.30pm. However, it was enough time for the 2007 winner of this competition, Nathan Hedge and fellow Australian and runner-up from that same year, Jarrad Howse to pass through the competition with convincing surfing at the top of their heats. Nathan Hedge is back in Thurso for this fourth year of the Cold Water Classic Scotland, enjoying every aspect of the adventure – even the hail.

“I initially came up here four years ago because this was an exciting new event on the tour,” he said. “Scotland is pretty out there. I tell people I’m coming up to Scotland and their jaws just drop.”

“The whole cold bit doesn’t bother me, said Nathan. “I know my wetsuits are amazing so it doesn’t bother me at all. Plus in the places where they have the competitions for the whole Cold Water Classic Series there are pretty good waves.”

Intent on having a “successful year” Nathan has another motivating factor to win here in Thurso after winning in 2007 – the Highland Sword.

“It took a few months to get my sword home through customs when I won it because they claimed it was a weapon,” he said. “They had to evaluate it. But at the moment it’s under my bed.”

“I am travelling a lot at the moment so I don’t’ have it up. I’m also kind of waiting to put another one across it – so it hasn’t quite made the mantelpiece yet. That’s what I’m here for.”

The next call is today at 6am. 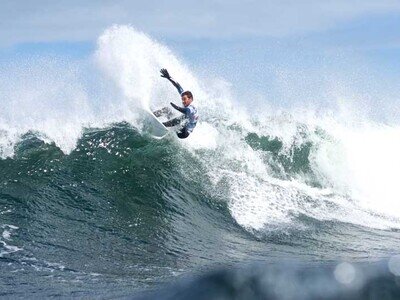 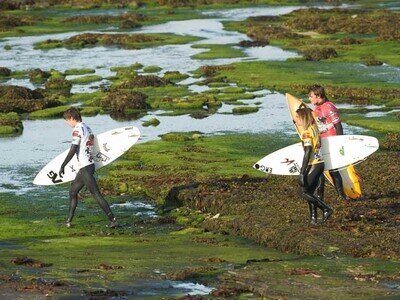 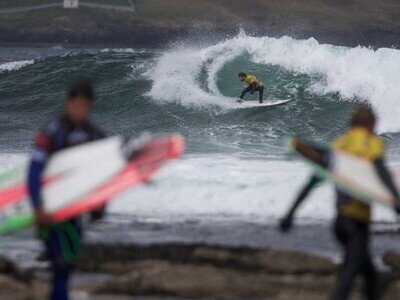 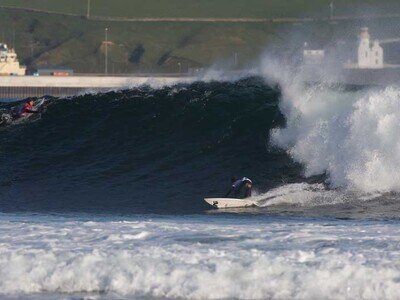 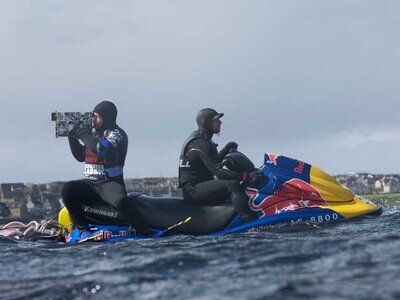 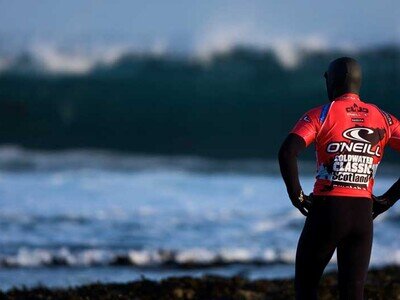 Camps in this region 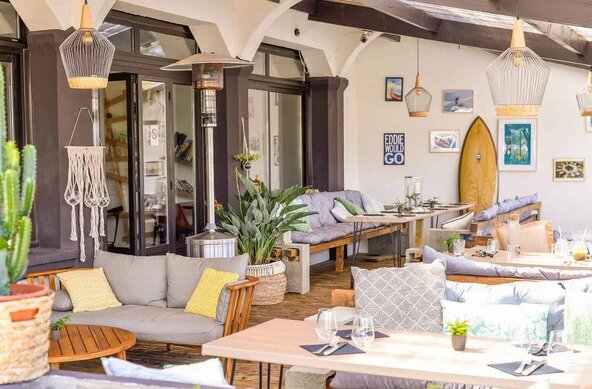 situated in the pine forest, only 500 m away from the beach! 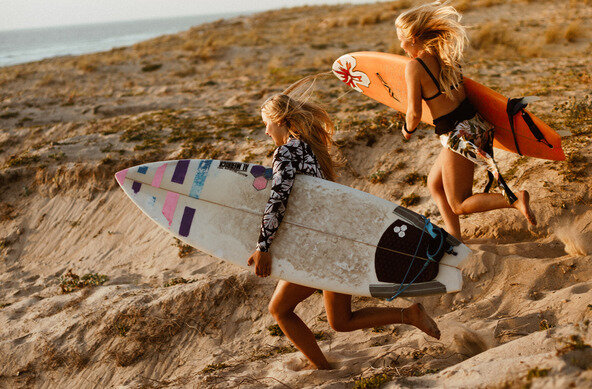