April 28, 2009 - Thurso, Scotland - With the first stop on the O’Neill Cold Water Classic Series successfully concluded in a remote corner of Tasmania, it’s now up to the other end of the earth for the Cold Water Classic Scotland. Staying true to its ethos of scouring the globe for the remote locations holding world-class waves...

Staying true to its ethos of scouring the globe for the remote locations holding world-class waves, the Cold Water Classic Series is hosting the northernmost event in professional surfing in a choice of barreling fast reef breaks and powerful beachbreaks. Water temperatures will be averaging a chilling seven degrees when the 6-Star Prime ASP World Qualifying Series (WQS) event starts on April 29 in Thurso – the most northerly town on the British mainland. Local surfing legend and event ambassador Andy Bain might be acclimatised to the cold – but even he was recently forced to surrender to the conditions.

“It’s always cold up here,” said Andy. “But I remember a few weeks ago I went out at Thurso and had to get out because there were lumps of ice floating around.

“The river had frozen, but as it thawed blocks of ice just floated out,” he said. “You could see your fins chugging in the ice. When you come off your board, it’s not the softest of objects to fall on, so I had to get out.”

Lying at 59 degrees north – on par with the Alaskan city Juneau – it is little wonder the cold extreme conditions prevail. However it is not enough to deter the best surfers in the world from travelling to these waves, which on their day can rival the north shore of Hawaii. With its inspired mobile format, the CWC Scotland is free to choose between Scotland’s prime surfing venue and fast reef break of Thurso East, the shallow hollow right at The Bowl at Brim’s Ness, and the classic beach break of Strathy.

“I remember driving up here for surf trips from Newcastle when I was younger,” says Sam Lamiroy – the second of the event’s ambassadors. “I remember it being really cold…and great waves.”

“I think this spot is one of the best in the world,” he said. “It has a perfect shape, world class reefs and everything from fun right handers to heaving slabs.”

This is the second stop on the O’Neill Cold Water Classic Series, so in addition to the chance of winning the coveted Highland sword, the surfers are also gunning for points on the CWC ranking list – with the winner of the series taking away $50,000.
Currently sitting top of that list is outstanding ASP World Tour talent, Jordy Smith – after his convincing win at the CWC Tasmania. But that lead is now up for grabs, as his World Tour commitments force him to miss the CWC Scotland.

However with the likes of legendary big wave surfer, Mark Mathews and the young Hawaiian John John Florence braving the cold, it’s not just the icy temperatures which will challenge the surfing talent in the north of Scotland. 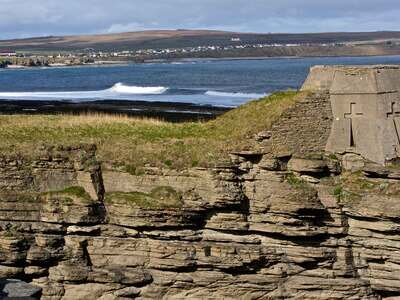 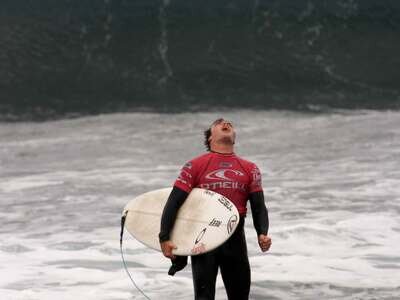 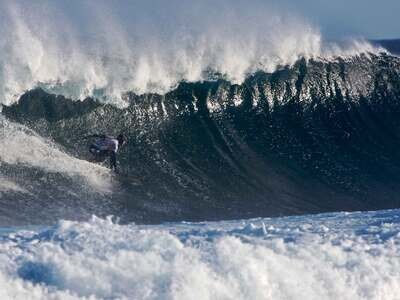 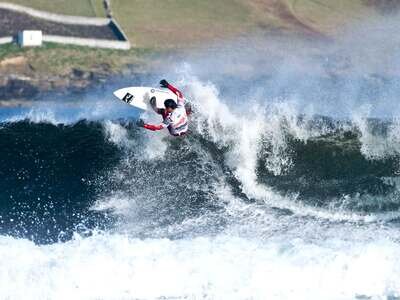 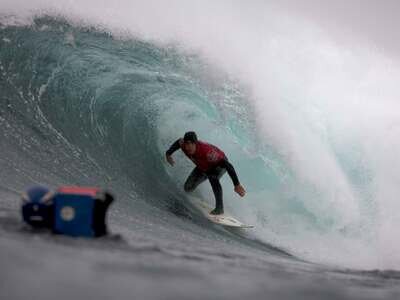 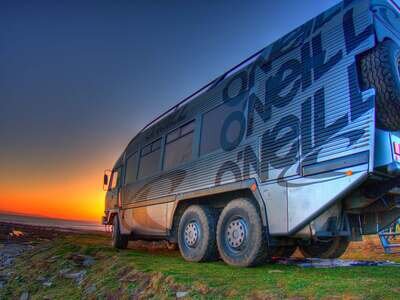