Young was on fire as he attacked the main peak with a savage backhand attack that saw him in total sync with the ocean to consistently find the better waves of the 30-minute clash. After discarding several solid scoring waves, Young amassed a two-wave heat total of 16.97 out of 20 including a near perfect 9.10.

“There are waves similar to this definitely where I live and I thought that I was in rhythm every time I paddled back out. I would catch a wave and it was a lot of fun. Everything just kind of went my way which was awesome.”

Young, whose heat total is the highest of the event, suddenly finds himself as the form surfer at the Quiksilver Pro Portugal with the added pressure that goes along with a display of such calibre. Young’s backhand surfing was lightening fast with massive hacks in the pocket combined with speed and flow to complete the judging criteria to a tee.

“Hopefully I can do the same in the next heat the same as I did now. You can tell which ones have got the good walls and they are the ones you want so hopefully I can do it again in a couple more heats. Sometimes you get a high score in your heat and then there is a bit more pressure in the next one but big scores also give you confidence as well.”

Young, sitting nº52 on the ASP World rankings, after a result starved first half of the season, hopes to focus ahead to the end of the year knowing his chances of making the mid-year cut to enter the elite ASP World Tour are slim.

“I am not really looking to qualify at the halfway mark. Right now it would be pretty tough and I would probably have to win at two contests. I just want to do well and get a good result under my belt because I haven’t had one yet this year. Then maybe finish off the year with better results.”

Quiksilver Pro Portugal top seed Jeremy Flores (FRA) 23, current elite ASP World Tour ranked nº11, cruised to a comfortable win in his first-up appearance after opening his account with two consecutive high scoring waves after his heat had been placed on hold for over 4 hours due to the high tide.

“I just arrived last night so I got to have a free surf when I was supposed to surf before and I am stoked to get through that one to start. It is a really tricky wave because with high tide and low tide it is a completely different wave and it has all these sections so you want to make all these connections.”

Flores worked the long right-handers connecting rail-to-rail snaps and speed floaters to link through to the inside bowl. A recent illness was not evident as Flores powered all his turns to their maximum potential.

“I got a blood infection in Brazil and I was stuck there for 10 days and now I have just come back from a week at home on Reunion Island and I was stoked to be back home and see my family and my friends I hadn’t seen in several years.”

Gabriel Medina (BRA) 17, recent PRIME event winner in Brazil, who is currently in nº27 position on the ASP World rankings and inside the 32-man cut-off point advanced through to Round Two after a slow start that eventually built momentum to finish his last wave with a series of backhand snaps to secure an 8.00 out of 10 and a combined heat total of 15.10.

“I feel good and it is good to get through that heat. With Jihad (Khodr) with me in the same heat was fun and I have learnt things off him because he was on the World Tour for a long time. I feel confident at the moment but I don’t think too much about qualifying right now.”

Pat Gudauskas (San Clemente, USA) 25, managed to brush off a niggling neck injury to rack up a series of forehand gouges to secure an 8.50 out of 10, one of the highest single-wave scores of the day. Failing to find a solid backup score, Gudauskas placed second behind a fired up Tiago Camarao (BRA) eventual heat winner.

“I love this wave but I tweaked my neck a little before the heat,” explained Gudauskas. “I was stoked to be loose out there. The PRIMES and the WT events are all equally important to me at this stage so it is good to surf a lot of heats, have fun and make the most of it. Hopefully have some good performances which adds to your whole vibe and that would be my goal right now.”

“I came down and had a look at what was breaking and being a veteran to look and to know what I was going to do. That is the advantage of having done this for 11 years. First heat can be nervous but if you have a good idea of what you are going to do and let it flow it usually works out alright.”

Ouvre, an event wildcard at the Quiksilver Pro Portugal, snagged a peeling right-hander in the last part of the heat to lay down several critical snaps to claim a 6.90 and jump into second position. In a wave hungry encounter that saw a total of 36 waves ridden, Ouvre was ecstatic with his pass through to Round Two of competition.

“It is a dream for me to be in a heat with C.J. (Hobgood) and all the other goofy footers. I want to thank Quiksilver for the wildcard into this contest because it is important for my surfing and for my ranking next year.”

“It was a tough heat at the beginning,” continued Ouvre. “I made a couple of mistakes because I was sitting out the back and I should have gone inside. After I caught an inside one and just expressed myself on the wave.”

Ribeiro current ASP Europe Junior rankings leader along with Ouvre who is following closely behind in 3rd spot will both make the most of their opportunity to continue in the Quiksilver Pro Portugal in Round Two. 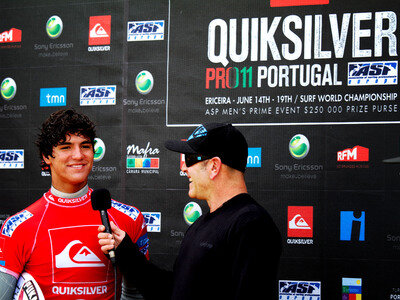 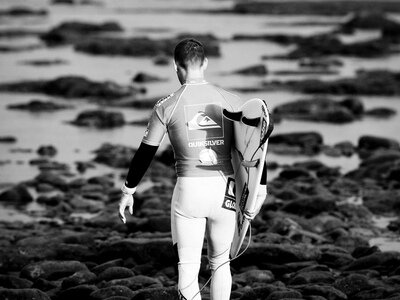 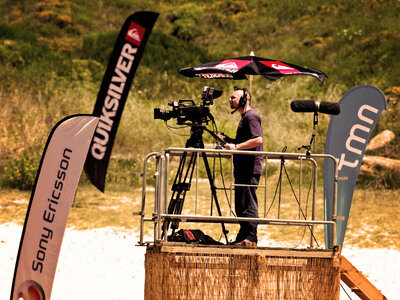 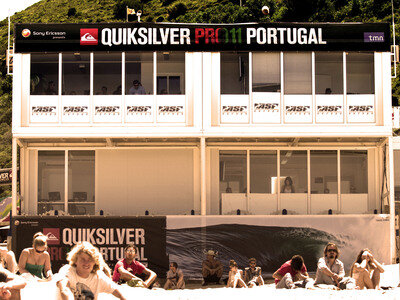