Event No. 5 of 10 on the 2012 ASP World Championship Tour, the Billabong Pro Tahiti culminated in dynamic fashion today, with swell pulsing for the all-Australian Final. Fanning was put on the ropes early in the Final bout with Parkinson collecting a 9.50 and an 8.87 on his opening two rides.

However, former event runner-up fought back mid-heat with an impressive 9.37 before backing it up with a nail-biting 9.50 to take the lead and hold it as the buzzer ran out. With today’s win, Fanning has become the first Australian since Mark Occhilupo (AUS), 46, in 1999 to claim the Billabong Pro Tahiti title and has further cemented himself into the frontrunner spot on the 2012 ASP WCT rankings.

“It’s a 35 minute Final so I knew the waves were going to come,” Fanning said. “I just had to be patient. It’s Teahupo’o so it goes on and off. You can get two 10s in two minutes so I knew I just needed to keep my composure throughout the Final. Joel (Parkinson) is such an incredible surfer and he’s gotten so good out here. He raced out to an early lead and I knew I needed to focus on my own game plan. I got that good score about mid-heat and then was able to sell him when he had priority on one that didn’t pan out for him. The second wave was the one and it’s an incredible feeling to come back and get the win. I’m stoked.”

Today’s win marks the 15th elite victory of Fanning’s career, and the second of this season (after a win at the Rip Curl Pro Bells Beach in April). The two-time ASP World Champion is now firmly in the frontrunner spot on the ASP WCT ratings heading into the back half of the season.

“Teahupo’o is one of the spots that I’ve worked hard on throughout my career to improve at,” Fanning said. “I made a Final out here before, but to come away with the win is great for my confidence and I’m in a good position heading into the next half of the year. Early days though and there are a lot of guys right up there. It’s still anyone’s game at this point.”

Throughout the event, Parkinson consistently established himself as one of the preeminent backhand tube-riders on the planet. Despite an early lead in the Final, Parkinson priority decision in the dying moments opened the door for Fanning to pounce.

“I held the lead in a 35-minute Final until the four minute mark,” Parkinson said. “It’s frustrating to lose that way, but you cannot fault Mick (Fanning). He’s been a true champion through the event and has proven that he’s one to watch out at Teahupo’o for sure.”

Parkinson currently sits at No. 2 on the ASP WCT rankings at the halfway mark on the 2012 season.

“It’s the second Final of the year for me and another good result,” Parkinson said. “I feel like I’m strong at all the remaining events on tour and I’ll shake this one off and start focusing on Trestles.”

John John Florence (HAW), 19, competing in his first-ever Billabong Pro Tahiti, led the rookie charge at this year’s installment, confidently cruising into the Semifinals where he matched up with Parkinson. Despite locking in an impressive 9.67 out of a possible 10 for an impressive backhand tube, Florence was unable to find a solid backup score and finished the event with an Equal 3rd.

“I’m stoked to have made the Semifinals,” Florence said. “I would have loved to make the Finals and it’s not the funnest way to lose without a lot of waves in the heat, but it’s still a good result for me. Thanks to all the Tahitians for letting us come here and surf their wave for the week. It’s a beautiful place and I always love coming here.”

Florence moves from 5th to 3rd on the current ASP WCT rankings.

Owen Wright (AUS), 22, last year’s event runner-up, looked poised for another Final’s berth today, posting an 18.96 to eliminate compatriot Julian Wilson (AUS), 23, and an 18.90 to oust former champ C.J. Hobgood (USA), 33, en route to his Semifinal match against Fanning. The young Australian continued his forehand dominance at Teahupo’o, netting an 18.10 in the process, but was unable to overtake the current ASP WCT frontrunner.

“The waves were so perfect today that you can’t really be to disappointed in a loss,” Wright said. “I felt like I was surfing well all day and I put up a couple of 9s in my heat against Mick (Fanning) so there’s not too much to be upset about. Congrats to Mick on the win though. He’s been super impressive all event with his backhand tube-riding and hopefully I get the opportunity to return the favor at the next stop at Trestles.”

Ricardo dos Santos (AUS), two time Trials winner and wildcard into the Billabong Pro Tahiti, was awarded the Andy Irons Forever Award for his inspirational performance at Teahupo’o this year. Despite bowing out in the Quarterfinals this morning to Fanning, Dos Santos was very emotional upon being awarded the prestigious honor.

“Andy (Irons) was…is my hero,” Dos Santos said. “This Award means just as much, if not more than, winning the event for me. He is my inspiration and he is the reason I surf. He is the reason I surf Teahupo’o. To be awarded this by the Irons’ family is the biggest honor. Thank you.”

Highlights from the Billabong Pro Tahiti will be available via http://www.billabongpro.com

The Billabong Pro, Tahiti is made possible with the valued support of international partners Air Tahiti Nui, Sony, Xperia Sony Smartphone and Red Bull, along with our friends at Nixon, VonZipper, Mana and Hyundai. 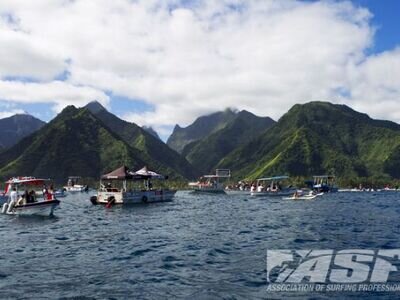 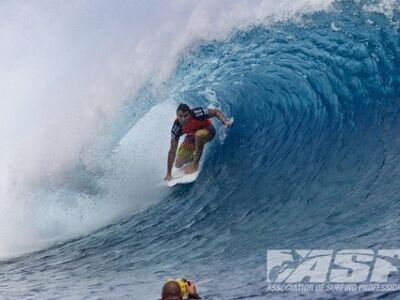 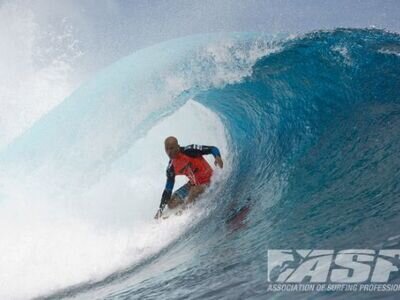 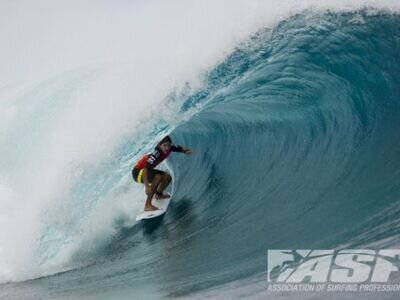 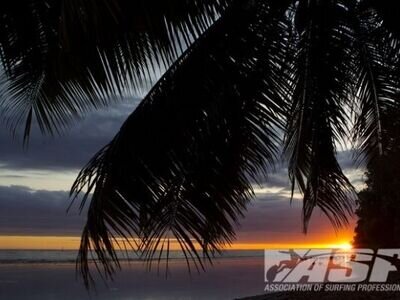 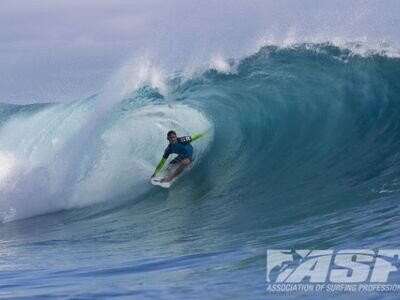