Santa Cruz, California, November 7, 2009 - It was a day in which history was made at the O’Neill Cold Water Classic California, as the massive swell that had been forecast finally hit Steamer Lane with force.

As the sets hit triple to quadruple overhead, producing the biggest conditions this competition has seen in its 12-year history, jet skis were deployed to help the surfers through the turmoil.

“This is the biggest swell we’ve seen here this season,” said local surfer and O’Neill Wetsuits Marketing Manager, Kieran Horn, who won this competition in 2003, and is now the only Santa Cruz surfer through to the quarterfinals.

In addition, the first ever O’Neill Cold Water Classic Series winner was decided today and will be presented with the award after the finals tomorrow. Australian Blake Thornton has claimed the staggering US$50,000 prize money despite being knocked out in the round of 96 here in Santa Cruz after both Jarrad Howse and Adam Melling failed to reach the points they needed to beat Blake to the prize.

Jarrad was knocked out in the round of 48 in a heat, which saw Adam Melling take victory. However needing to reach the finals to claim the prize, Adam was ousted by his fellow ‘Lord’ from the finals of the Cold Water Classic Scotland, Lord Luke Munro.

“I don’t feel too guilty about knocking him out of the running for the $50,000,” said Luke. “Especially after seeing what happened to Jarrad Howse today who was extremely unlucky not to make it through by the tiniest margin.”

In the huge swell, it wasn’t easy work for most of the surfers out in the water today “I’ve had a good day, I’m in the quarterfinals,” said Damien Fahrenfort who won his round 16 heat over O’Neill Cold Water Classic Canada runner up Jay Thompson. “But it was a lot of work,” he said. “A lot more than I am used to.”

One of those World Tour surfers, and currently world number three, Adriano De Souza, was out there battling strong in the swell to also make it through to the quarterfinals.

“It was a tough day today,” said Adriano. “The conditions are pretty big - like eight to ten feet. I am stoked to make it to the quarters. I’m enjoying myself here in Santa Cruz.”

The day kicked off in the round of 48, and the ASP WQS 6 Star Prime event took full advantage of the epic swell to move though both the rounds of 24 and 16 - even changing location midway through the round of 16 - to set up a day of finals on Sunday.

Cory Lopez, another quarterfinalist who was first to surf when the competition moved down the point to Indicators said: “There were some pretty decent waves this morning out on the point. But the swell has picked up about four to five feet bigger and it became a madhouse out the back. Tomorrow, however, looks like great conditions,” he said. “I can’t wait.”

The next call for the final day of competition will be Sunday November 8th at 7.30am

Watch it LIVE at www.oneill.com/cwc/california 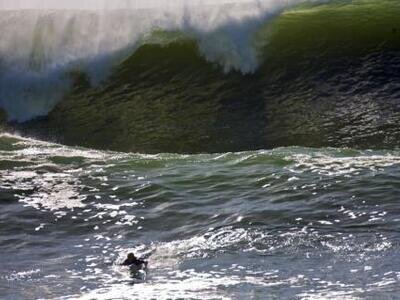 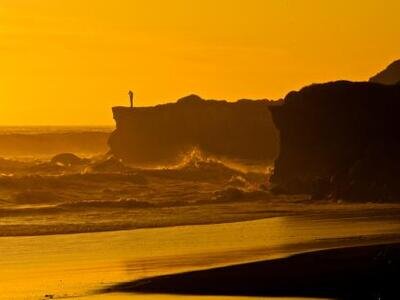 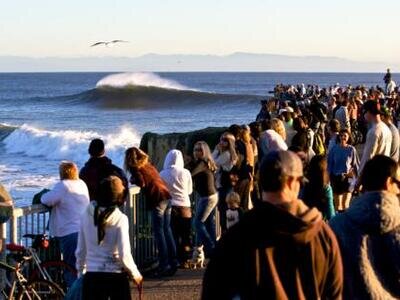 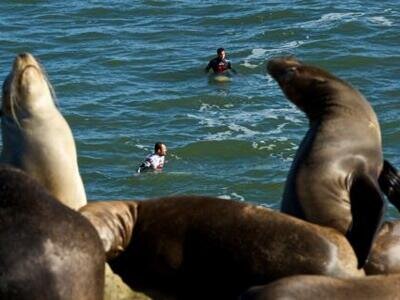 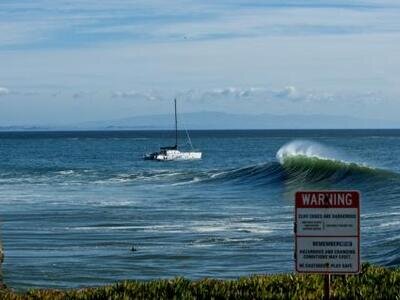 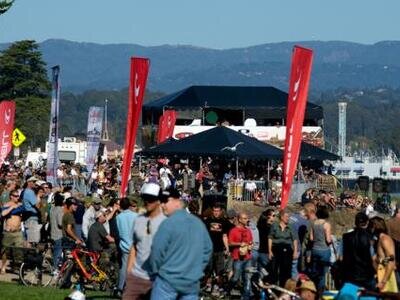 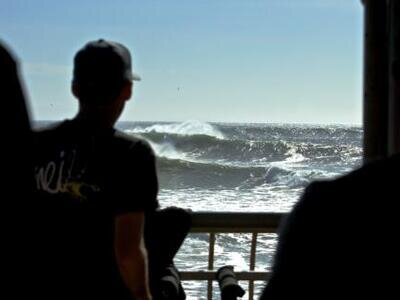 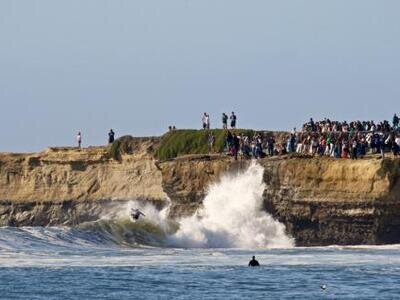