Event No. 7 of 10 on the 2010 ASP World Tour, the Quiksilver Pro France bore witness to some sensational surfing and upsets this afternoon as the 36-man field was reduced to 24.

“I think I’ve actually got Andy (Irons) a couple times out here,” Munro said. “He’s an incredible surfer and you know he’s capable of getting a score anywhere on tour at any time. He’s going to be pretty upset coming off a big win in Tahiti, but he’ll be back on the podium again soon enough.”

“I felt pretty comfortable out there from get go,” Munro said. “It’s sort of like home at Straddy (Stradbroke Island) so my plan was to go out and get a lot of waves. I think (on my 9.77) I got a little greedy. I probably could have hung in there a second longer, but I wanted to make sure I could get out too.”

“Wilko (Matt Wilkinson) really rips on his backhand – I think he has the best backhand on tour for goofy-footers,” Andre said. “I knew it would be tough heat I just tried to get the two best waves of the heat. I’m so stoked to get through.”

After netting a solid barrel-to-snap combination on his backhand, Andre attempted a series of high-flying aerial maneuvers, even successfully landing an impressive rotation to end the heat.

“I think that last maneuver broke my board,” Andre said. “The waves are so fun here. They remind me of home a lot. Good ramps and I’m so happy to keep going in this event. Right now, just thinking about the next heat.”

Andre faces Jeremy Flores (FRA), 22, in Round3 of competition.

Taylor Knox (USA), 39, current ASP World No. 23, survived a tight heat against Adam Melling (AUS), 25, to close the day out this evening. As the tide filled in, both the powerful natural-footers put on an impressive display of rail work, but it was the veteran holding onto the win and advancing to Round 3.

“The conditions change so much in France that I knew the barrels we were seeing earlier in the afternoon weren’t going to be around for us,” Knox said. “It was always going to come down to turns and unfortunately, there weren’t a lot of opportunities for either of us out there. I have a ton of respect for Adam (Melling) he’s an amazing surfer and it’s hard when you draw your friends early. Happy to get through though. I have some amazing boards right now and I’m ready for tomorrow.”

Event organizers will reconvene tomorrow morning at 7:45am to assess conditions for a possible 8am start at Culs Nus Beach.

When competition resumes, up first will be Taj Burrow (AUS), 32, up against Daniel Ross (AUS), 27, in the opening heat of Round 3. 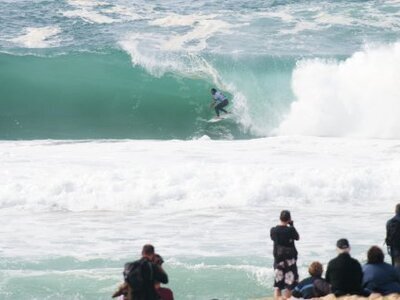 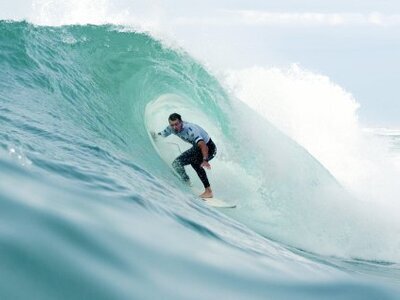 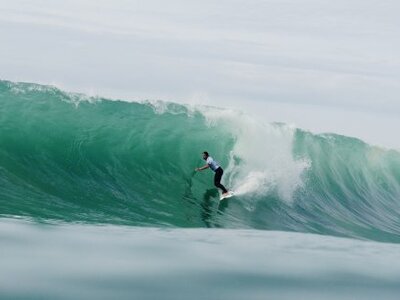 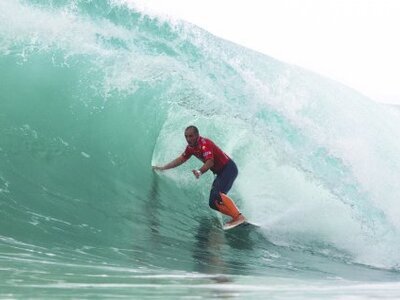 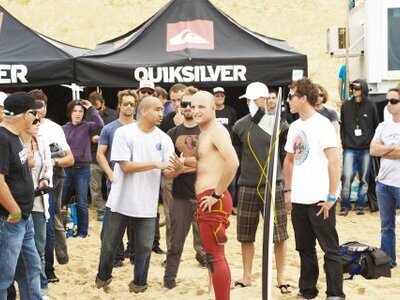 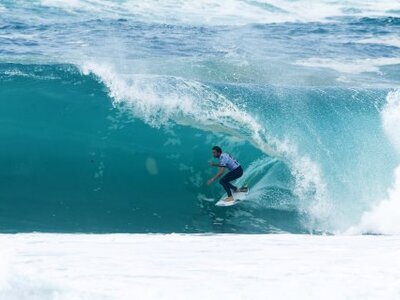 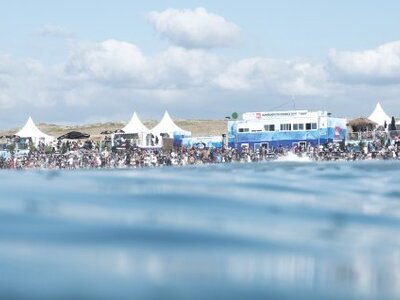 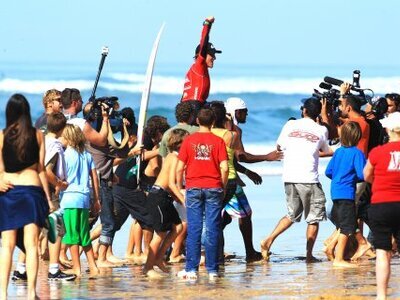