Vancouver Island, Canada, October 27, 2009 - As the O’Neill Cold Water Classic Canada moved into the round of 96 on a crisp sunny Tofino day, the big names of surfing took to the cold Pacific waters. But it was local Canadian surfer, Peter Devries, who once again stole the show.

Storming through his heat with a huge crowd cheering him on from the beach, Peter shone with a heat score of 14.27 against Hawaiian wonder-kid Dusty Payne, and South African star Damien Fahrenfort.

“I was a bit more nervous than usual before the heat. I didn’t want to go in and just pull out a few low scores,” Peter said. “I could see the crowds on the beach but I couldn’t hear them from the water. It was great to come out and have people cheering me up the beach.”

Surfing in his local conditions, Peter was comfortably warm despite the crisp cold. “It’s not too bad out there at the moment,” said Peter. “It’s actually quite warm for this time of year.”

The same, however, could not be said for Hawaiian Dusty Payne. “This is the coldest water I have ever touched in my life,” said Dusty who made it through his heat behind Peter. “I don’t think I could ever acclimate to this. I was so cold out there I forgot sometimes that I was surfing a heat, I was just trying to stay warm.”

The Cold Water Classic Series is definitely is living up to its name here in Canada; “It’s great that O’Neill is out finding surf in these remote wild places,” said Dusty. “I didn’t imagine that it could be to the extent that they brought everyone to a snowboard area to surf!”“I feel like I should be holding a snowboard rather than a surfboard right now,” he said.

Cory Lopez, John John Florence and Charly Martin were three other big name warm water surfers – from Florida, Hawaii and Guadeloupe respectively - who fought through the conditions to make it through to the next round of 48.

Also through to the next round is Cold Water Classic Scotland winner, Lord Adam Melling – who won his heat in which the other two local Canadian surfers; Sep Bruhwiler and event ambassador Noah Cohen, were unfortunately knocked out.
“I didn’t ever think I would be coming to Canada to do a surf competition,” said Adam. “I kind of like it though. Usually when there’s cold water or cold conditions there’s swell with it, so I’m not complaining.”

“I’ve looked a couple of photos of the plot of land in the Highlands that I got for winning the Scotland event,” said Adam. “It’s pretty cool. I think I have used the ‘Lord’ title that I won there once down my local pub!”

Although the swell had dropped slightly from yesterday, so, luckily, had the wind as the first heat kicked off in a one meter swell at Chesterman’s beach. However as the day progressed, so did the weather, with the winds picking up until the surf became uncontestable and the day was called off following heat 13 in the round of 96 ahead of some promising conditions for the days ahead.

The next call will be at 8am tomorrow morning, Tuesday October 27th to start with heat 14 in the round of 96. 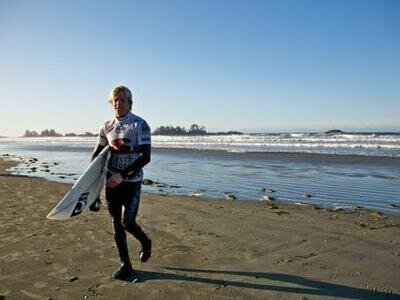 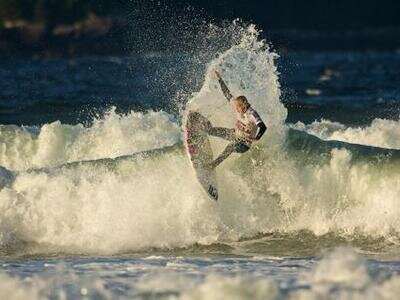 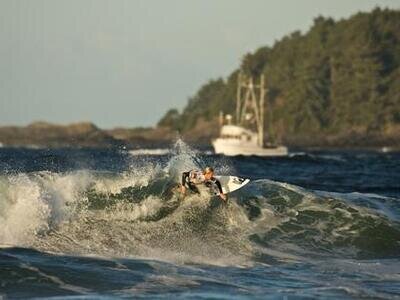 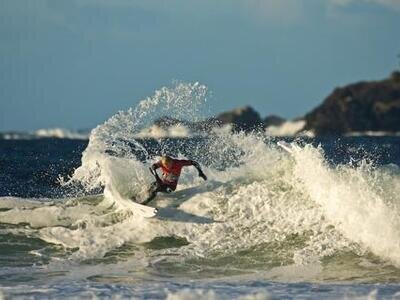 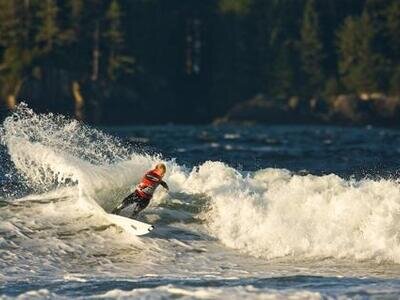 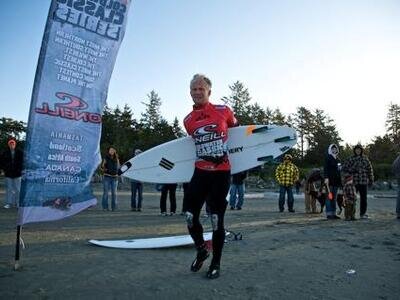