Waves in the 1-2ft (0.5m) range were on offer with the occasional bigger set coming through. After waiting for the tide to lower event officials gave the green light to start with clear skies and light off-shore winds making small but ideal conditions for the 35-minute final.

After watching her opponent get off to a flying start Laura Enever clawed her way back into the final using her priority to nail a 9.17 out of a possible 10 to escape from a combination situation and place herself within striking distance of the Billabong Azores Islands Women’s Pro title. With 5 minutes remaining both girls had an exchange which Enever came out on top with another excellent 8.17 point ride to turn the tables on Conlogue.

“Courtney got a couple of quick scores up on me and she had me needing a combination of scores for quite a while and I couldn’t actually find one but then I got that 9 point ride and I knew that I could do it which I eventually did backing up it up with another good score so I was really happy in the end. It was really cool because I had a whole lot of guys supporting me so it felt really good to win the final and do it for them.”

“I knew that if I got two turns in I would be able to get a score,” continued Enever. “So that was what I was looking for and I needed only a low score so I waited for another one to come in because it would have been pretty stupid of me to have lost it from there so I am really stoked with the way it all worked out.”

Claiming her first ASP Women’s Star-Series title Enever was ecstatic with her win and thankful for all the support from friends on the shoreline. Her best result so far this year the 3000 points will definitely boost her higher on the ASP Women’s World rankings.

“It’s my first Star-Series final and my first win ever so at the moment I am sitting in 3rd position on the rankings so this will push me up and I am really looking forward to the next event in Spain and hopefully I can back it up there with another result.”

“Actually I was thinking how angry the boys on the beach would be if I lost by a combination,” explained Enever about how she was feeling at the half way stage of the final. “Especially after all the coaching they have been giving me the past couple of days. So I knew I had to get a good wave out there to show them what I can do and I ended up getting that 9 and it got me on a bit of a roll and I just waited for another good one.”

Courtney Conlogue (USA) despite getting off to a flying start knew she had her work cut out for her to maintain the lead in such tricky conditions. Set waves were hard to find and priority played a major role in who would take out the title. Her runner-up finish is her best for this season and Conlogue remains focused on making her way into the ASP Women’s World Tour 2011.

“I never felt I had the win in my hand especially in a 35-minute final and I have seen it happen in so many finals that I knew in these kind of waves you never know what is going to come in and when to have priority and how to hold it because it is a gamble out there. I tried to perform my best in the waves we had and try make something out of nothing.”

“Coming into this event I really needed these points,” stated Conlogue. “To get to the final is what I wanted to achieve and to win it would have been a bonus for me. I tried my best to impress the judges even though it was really tough to make it look fun.”

Possibly the most tactical final Conlogue has surfed in, the young natural-footer from Santa Ana, California, felt that with time and experience these types of situations will became part of her surfing.

“It was definitely a tough final and I went out there trying to play it smart which I think I did but Laura maintained priority on that one left that came through and that gave her momentum and confidence to keep attacking. Just knowing when to hold and when to use priority will come to me and after time my judgement and second nature will help me with that. This is all just practice to try and qualify for the world tour and hopefully I will be able to put on a show of what I can actually do on a good wave.”

Heat nº16 of round one of the Billabong Azores Islands Pro presented by Nissan was also completed leaving the scene set for a marathon final day of the official waiting period as contest officials plan on running split banks in an attempt to finish the event. The forecast looks promising for an increase in swell overnight and a call has been made for 07:00am for a possible start shortly after. 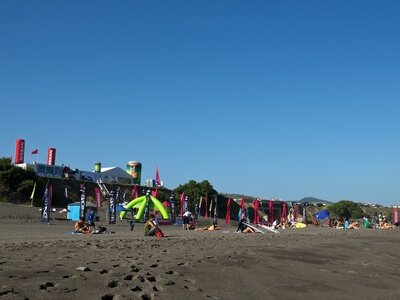 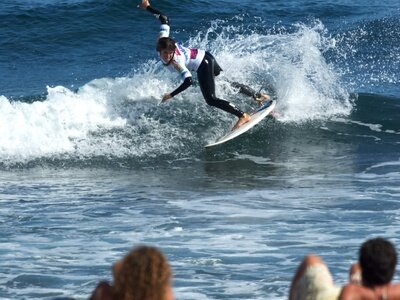 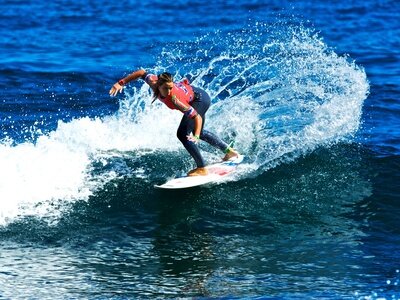 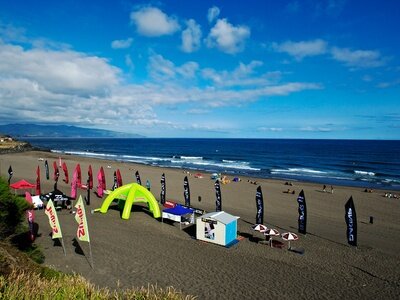 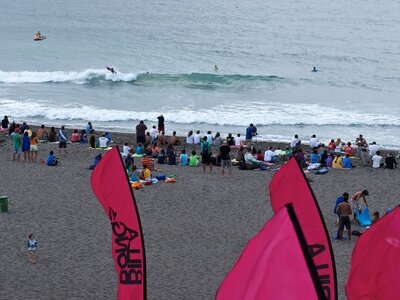 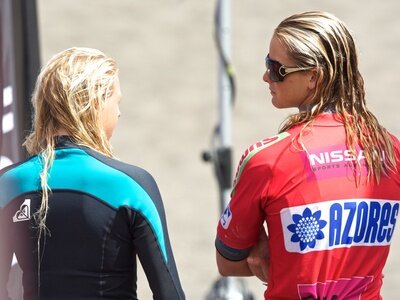