Teahupoo from the Phantom HD Camera

The 39 year-old American surfing legend defeated Aussie tour young gun Owen Wright (Lennox Head, NSW, AUS) in the final held in two-metre plus waves at the infamous Teahupo’o break, making it two wins from four starts this season and it extends his record-breaking number of total career victories to 47.

Wright beat Slater the first three times they met, a statistic any surfers would claim proudly, but in his first ever Men’s World Tour final it all seemed to go the American’s way, with Slater controlling the heat and notching up excellent scores with his incredible display of precision tube riding.

Slater’s final two-wave combined total of 18.43 out of a possible 20 points saw him finish clear of Wright on 17.10 points, securing the 39 year-old the $75,000 US first place prize, 10,000 valuable world title ratings points and above all - a reminder to all that the best surfer ever is still well and truly, the best.

Slater's win is the pinnacle of an incredible 10 days of action and drama in the South Pacific. On Saturday (Aug 27) the French Government issued a "Code Red" advisory warning that prohibited water craft from legally operating, a safeguard against historically large 6-to-10 metre swell that slammed Tahiti for almost 24 hours.

The warning meant the Billabong Pro was unable to run however an elite number of big-wave tow-in specialists tackled the giant waves. Throughout the course of the event, medical staff performed almost 20 treatments on injured competitors and an estimated 50+ additional treatments were given to non-competitors.

Finishing equal third were South African Travis Logie (ZAF) and Australian Josh Kerr (AUS). Both surfers put in career-best performances to reach the semi-finals, with Kerr going down to Slater and Logie losing out to Wright.

Logie’s Teahupo’o campaign bordered on a fairy-tale finish; the 32 year-old was a late entrant to the event, rode and broke borrowed equipment, suffered multiple injuries, had to defeat close friend and world number two, Jordy Smith (ZAF) twice after a controversial heat restart and then make the final in order to guarantee his requalification before the next event in New York.
Jeremy Flores (FRA), 23, put in some of the most inspiring performances of the event, bagging the biggest waves and even surfing a Perfect 20 heat on sunday. For his heroics, Flores was awarded the Andy Irons Award for most committed performance of the event. This is the inaugural year for the award, honouring the late ASP and 2010 Billabong Pro Tahiti Champion, Andy Irons (HAW). 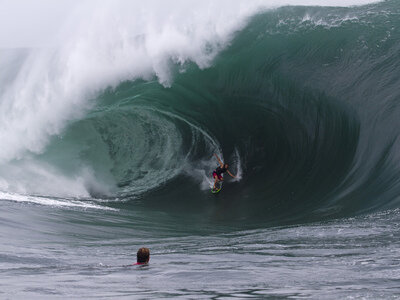 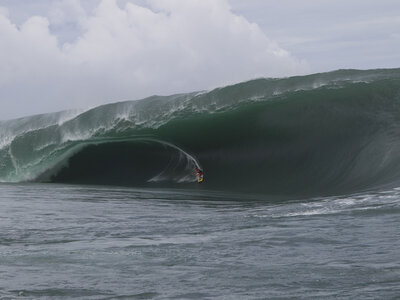 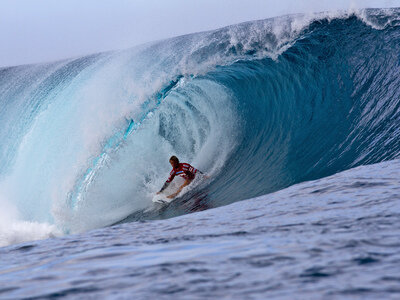 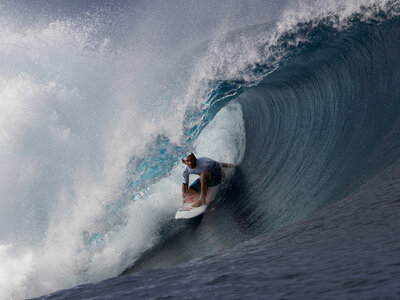 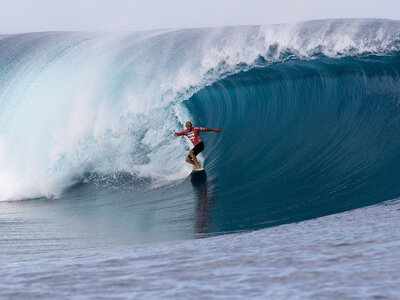 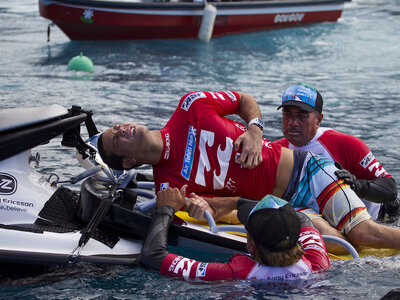 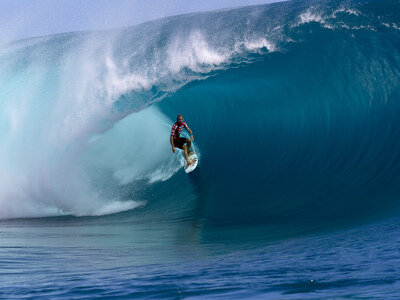