Round Two of competition was completed late this afternoon in excellent 4-5ft (1.2m) right-handers at the reef point-break of Ribera D'Ilhas.

After being on hold for over three hours early this morning the Quiksilver Pro Portugal was rewarded with signs of a building swell. As the tide dropped out and started to push back in with a pulsing ground swell conditions pumped offering long rippable walls through to night fall.

Wilson, current ASP World nº 30, needed less than 5 minutes from the opening siren in his first heat to hook into two consecutive bombs to amass a combined two-wave total of 17.60 out of 20, the highest of the event. Despite placing second in his second encounter, Wilson still cracked out a 9.23 out of 10 with stunning innovative manoeuvres.

“I actually started third in line on the point,” explained Wilson of his first heat. “I saw that set coming and the guys were deep so I paddled them out as far as I could and turned around to get the first one and that got the ball rolling. Then I lucked into that 9 which I got out in time for. It is really fun out there now because this morning it was about knee high and now it has really pumped.”

Wilson, in his first year on the ASP World Tour, is hovering too close for comfort to the mid-year 32-man cut-off and hopes to get his year going with a big result. The experience gained competing against the world’s best surfers showed during his outstanding campaign opener.

“I have strong results from the end of the year but I am trying to find some results at the start of the year. It is hard coming onto the Tour as a rookie because you are thrown straight into the deep end but that is the way it has to be if you want to beat those guys. I have done all I can to get some momentum going and try and stick it to those guys.”

Hizunome Bettero (Ubatuba, BRA) 25, was able to push Wilson in their late afternoon heat with an opening near perfect 9.5 out of 10 which was built of massive backhand gouges on the bomb of the clash. Backing up with an 8.00 Bettero demonstrated the potential of his surfing in the excellent late conditions.

“I was relaxed out the back and that first wave came all the way through and I could make some good turns so I am so stoked to get that score in such a hard heat. All the guys are surfing great and to make that heat and go through to the man-on-man I am stoked.

Jeremy Flores (FRA) 23, held a controlled heat and looked comfortable with the changing swell and tide as he continued to display fast, flowing surf in the wind affected faces during the afternoon.

Brandon Jackson (Durban, ZAF) 24, placed second behind Flores to secure a solid result at the Quiksilver Pro Portugal. A series of forehand smashes finished off with a close-out tail-slide earned a 7.83 out of 10 and pushed Billy Stairmand (NZL) into third place and gave a pass into the next round to Jackson.

“I am a big boy so I tried to gun for the big waves and I knew I could hold it on the bumps. Bigger waves and bigger turns to get the good scores. It was a stacked heat and they were all surfing really well but I went out to get my scores without thinking about them. I have had a bad year so far and it is nice to be here in Ericeira with a good right point and getting through some heats. Hopefully I can go out and make a few more.”

Gabriel Medina (BRA) 17, relied on his mix of speed and innovative surfing to secure a comfortable win into the next round. High tide chop and stronger afternoon winds made conditions tougher than those experienced during the morning session of competition.

“It was hard to get the clean turns but I got one good one with an 8 and a 7 so I am stoked to get through and I hope we have some good waves tomorrow too. I feel good and confident and I am trying to stay calm and enjoy the competition which is what I am doing. My board is good and I got it 3 days ago so it is all perfect.”

Richard Christie (NZL) snuck home with a deserved win pulling one huge forehand hack mixed with a series of snaps to pip Aritz Aranburu (EUK) into second place. Both surfers advanced through to Round Three man-on-man heats.

“Winning a heat is so much better than coming second because it does so much for your confidence to keep the roll going and to keep you relaxed. Any contest with over-head waves makes me happy because I am not the smallest fellow.” (laughs)

Christie suffered a broken leg rope early in the 30-minute bout placing added pressure on the powerful natural footer. Fortunately for Christie his board narrowly missed being smashed against the shore line cliffs.

“It was my second wave and I was trying to catch this wobbly one on the inside and they were obviously not the ones to get. Then I snapped my leg rope and I swam for it and got it back just before it hit the rocks. It is my favourite board so I was lucky for sure.”

The Quiksilver Pro Portugal will make a first-call tomorrow at 07h30 local time for heat nº1 of Round Three which will see Richard Christie (NZL) up against Cory Lopez (USA). 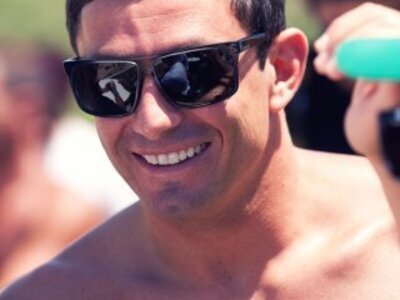 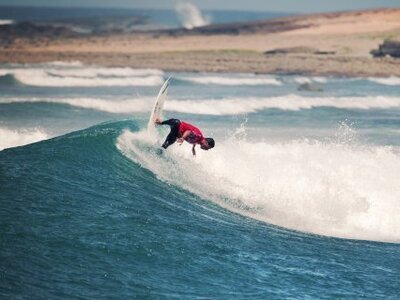 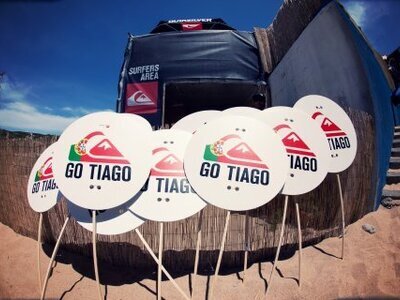 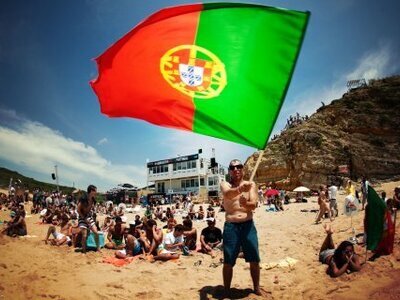 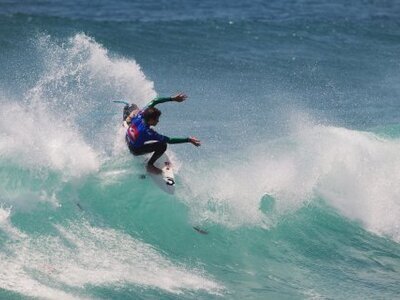 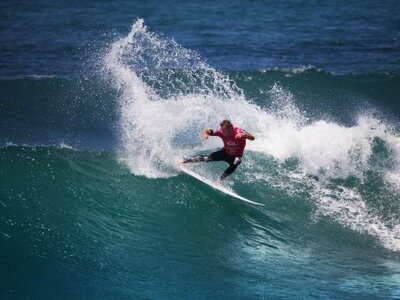