March 24, 2010 - Marrawah, Tasmania, Australia - Defending O’Neill Cold Water Classic Tasmania champion Jordy Smith got out of his sick bed and into the wild and cold Southern Ocean waters to up the ante in this 6-Star ASP event.

But not to be intimidated, 17-year-old John John Florence then took to the water, pulled out some of the most impressive surfing this competition has seen so far, and walked away with a perfect 10.

And this is only the second day of competition at the O’Neill Cold Water Classic Tasmania.“I couldn’t really get any waves out there to start with,” said John John. “Then I got this one and thought I really have to do something out there, so I did a few turns and an air and then another air.” He scored a 10. “It’s hard work out there though,” he said. “At times I could hardly breathe.”

With a cold and blocked sinuses, Jordy Smith in the first heat of the Round of 96 still managed to produce an awesome display of surfing, scoring a 9.17. Then with an air reverse from the South African, who is currently sitting second on the World Tour, he picked up an 8.0 to couple that. This is from a guy with a cold. Wait until he is back on full form.

“I feel awful right now,” said Jordy. “It’s all in my ears, nose and throat. I need to go to the doctor and get some antibiotics and lay low and try to get better,” he said. “But it’s great to come back here and try to win this event as the defending champ.”
Despite the challenging conditions in the 3meter swell, there was plenty of entertainment in the surf today. And not all the excitement was limited to the afternoon’s round of 96.
Coming through the round of 144 and one to keep an eye on is World Junior Champion Maxime Huscenot. Maxime may be excelling in these wild raw conditions, but it’s not on his list of top five favourite places to surf in the world; “I’m from Reunion Island so I don’t really like the cold water,” he said. “I really want to go to all the O’Neill Cold Water Classic events, but I think maybe Scotland is too cold for me. I can’t imagine putting on a thick wetsuit like that with boots and a hood and everything.”

Former O’Neill Cold Water Classic Scotland winner Adam Robertson is another surfer to watch out for in this competition. The Australian excels in these conditions and today was no exception. “It’s definitely a bit challenging out there. But it’s good to actually have waves in these events so I am enjoying it!”

Conditions had eased slightly from yesterday allowing the competition to use its mobile format and head to the more exposed beach of Lighthouse. That’s not to say that conditions were by any means easy. This is the O’Neill Cold Water Classic Series after all, and the surfers were battling through 3meter swell with strong winds, to find some of the choice waves on offer.

However, the forecast shows that things are only going to get better. And possibly a lot better at that. “It is showing that everything is gradually easing from here,” said contest director, Matt Wilson. “And it’s also showing some rare winds coming in so I am taking advice from locals around here because there is the possibility they could make for some favourable conditions.” 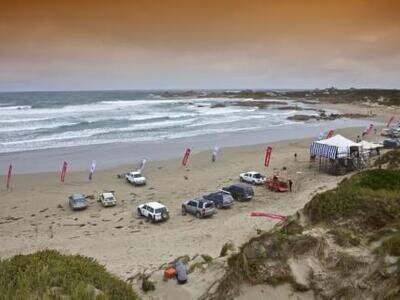 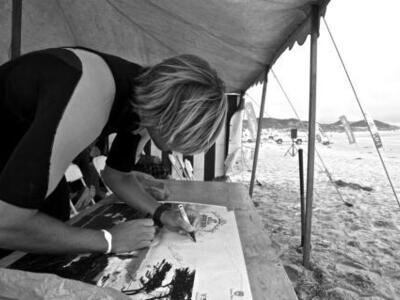 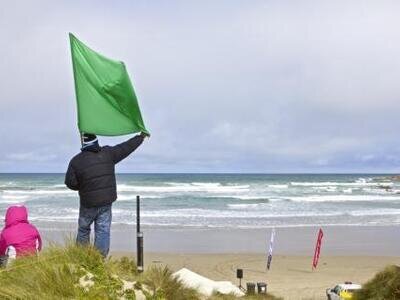 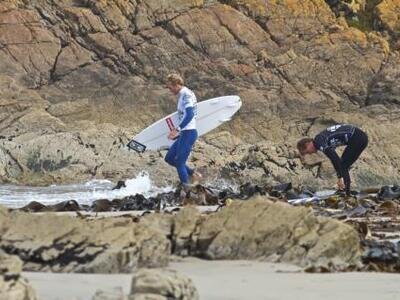 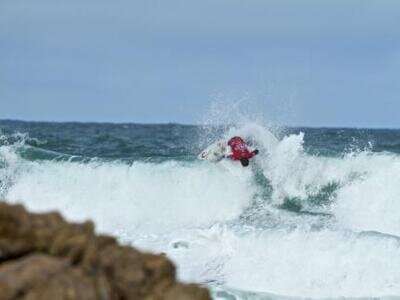 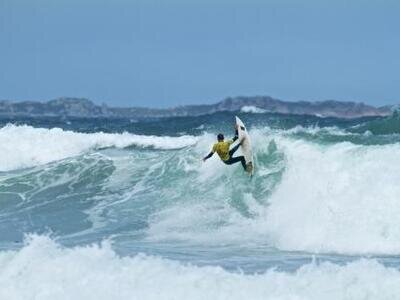 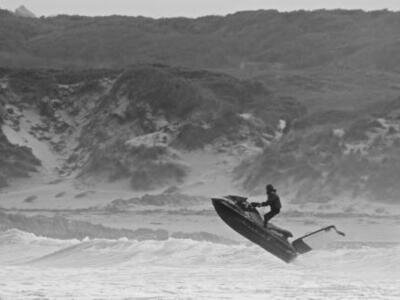 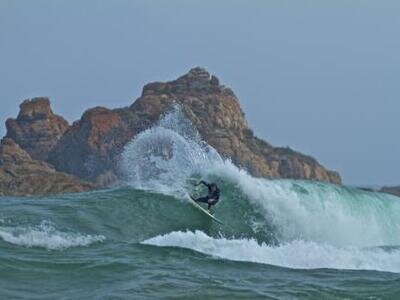