Messy swell lines made for tricky conditions which improved on the incoming tide with many tight encounters at the main event site of Ribera D'Ilhas. The ASP PRIME Quiksilver Pro Portugal offers massive points and has attracted a selection of the World’s finest competitors looking to qualify or maintain their position on the ASP World Tour. European surfers are also out to gain the added points on offer for the ASP European Men’s Series.

“I feel pretty good after that heat and just opened up with that 6 to get my feet on the board and then I just took it from there and it all fell into place. I was well positioned and Hodei (Collazo) was sitting a bit too wide so I ended up getting a couple of good ones.”

Quinn, a finalist earlier this year in the ASP 6-Star in Scotland, looked for the critical sections to perform his turns on one of his favourite boards that has already taken him to one final.

“I am on the same board I used in Scotland to get to the final so it is going good. There are a few more heats to go before I have to start thinking about finals. First I want to make the quarters and then take it from there.”

Caio Ibelli (Guaruja Sao Paulo, BRA) 17, destroyed a long right-hander with a mix of critical snaps and flowing rail turns in the opening minute of his heat to kick off with a 9.10 out of 10 one of the highest single scores of the day.

“I am so stoked that I found a really good wave in the first minute with a 9.10 ride. I tried to get a good one when the heat started and that happened for me. The waves are good and fun now and I want to keep going.”

Ibelli had to fight off an inform Alain Riou (PYF) 27, who answered back with an excellent 8.10 to leave him within striking distance of the young Brazilian. Riou threw down the challenge with his precise backhand attack however failed narrowly to peg back his opponent.

“I didn’t listen too much to the scores,” explained Ibelli. “I heard my scores and then I went out to catch a backup wave and I got a 6 and then nothing after that but Alain (Riou) surfed very well and the pressure was on in the heat.”

Ibelli, who is sitting low on the ASP World rankings in position nº141, has secured his best result in an ASP PRIME event and will face fellow up-and-comer Miguel Pupo (BRA) 19, and Davey Cathels (AUS) 20, in the following round.

“In the PRIMES this is my best result for sure to make it to the No Loser round. Last year I got a 3rd place in a 6-Star and I want to do better than that here if possible.”

John John Florence (HAW) 17, pulled off a pair of savage hits in a relaxed display against Brandon Jackson (ZAF) to claim an 8.67 out of 10 and a combined two-wave heat total of 16.27 one of the highest of the day.

“I was super stoked and it was a good wave and I got lucky because you are sitting way up the point now and you can’t tell which ones are going to close out or which ones are going to run through with a bit of a wall. Then when you do get a good one you have to ride it all the way in and then paddle all the way back out again. It is a fun right point and these are the best waves I have had in competition for a while.”

Jeremy Flores (FRA) 23, was pushed all the way by Andre Silva (BRA) 28, with the young Frenchman paddling into his final wave with only seconds remaining and needing a solid score. Flores kept his composure and laid down a combination of snaps and cutbacks finishing with a strong last turn to secure the required score.

“I was behind in the scores the whole heat so I was in second and I needed 6 points and in the last minute I got the wave. It was the only fun wave I got and I thought not to fall off and I got the score so I am happy to make it.”

Junior Faria (Sao Paulo, BRA) 24, currently nº56 on the ASP World rankings, is on a roll with another excellent result in the Quiksilver Pro Portugal to add to an already successful year for the power house natural footer. In a wave starved, low scoring, tactical clash against Heath Joske (Nambucca Heads, AUS) 22, Faria held a slim lead the entire matchup to eventually steer clear with an excellent 7.50 out of ten in the final moments.

“There is a long wait between sets and even when they come it is hard to know which ones are good so it was a matter of patience and looking for the right ones. This is my best year so far and I had a good contest at Trestles and Saquarema so for me it is about making heats and as last year was not a good year for me every heat is going to improve my ranking.

Pat Gudauskas (San Clemente, USA) 25, relied on a series of forehand snaps and carves on his opening ride to take control of a slow heat to oust Travis Logie (ZAF) 32. Unable to hear scores due to the extreme low tide and wind, Gudauskas kept composed under the situation to find a solid backup ride towards the later end of the clash.

“I didn’t hear until the very end what it was. I was trying to do the math based on what Travis (Logie) needed so I was a little stressed out. It is tricky as it is more north the swell and not so much from the west today so it is hard to pick the ones which are going to hit reef. Also the wind is a bit more onshore so it makes it all a little more challenging but still really good waves out there.”

The Quiksilver Pro Portugal will make a first-call at 09h00 tomorrow for a possible start shortly after to Round Four with Cory Lopez (USA) facing fellow Brazilians Gabriel Medina and Junior Faria. 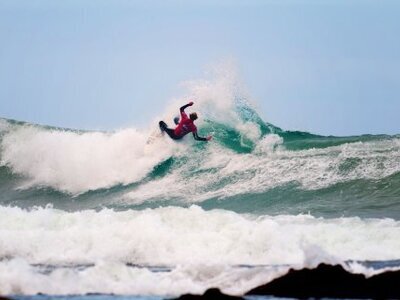 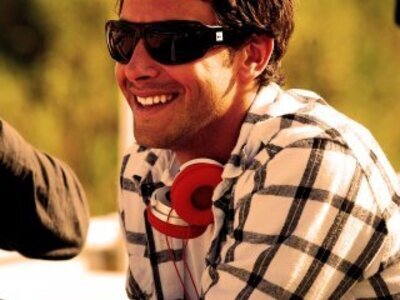 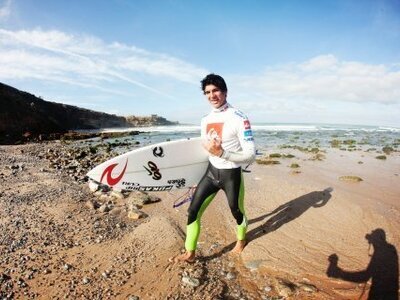 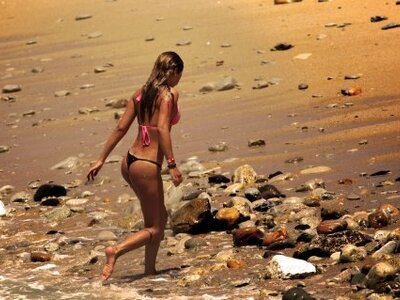 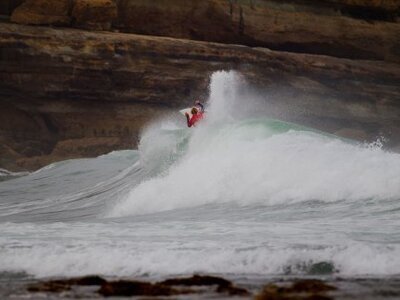 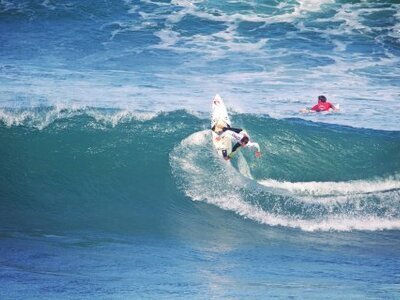 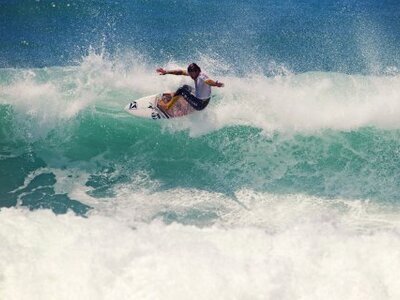 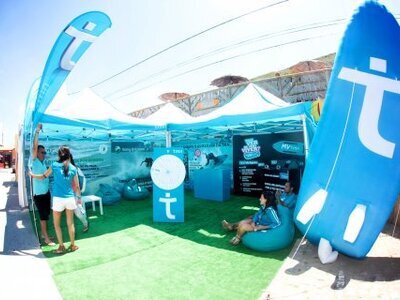