HUNTINGTON BEACH, California / USA (Thursday, August 4, 2011) – The ASP PRIME Nike US Open of Surfing continued today with a massive day of competition and the world’s best surfers tore into the increasing swell on offer at Huntington Beach Pier to ignite the event’s top scores while furthering their campaigns for the prestigious Nike US Open of Surfing event crown.

In addition to men’s ASP PRIME competition, the ASP Top 17 took to the water to decide the Quarterfinalists at the final stop on the ASP Women’s World Title Season.

Dane Reynolds (Ventura, CA), 25, has been absent from the 2011 ASP Word Tour season, but put on a show in an amazing heat to earn the event’s highest heat-total of 17.43 out of 20 to win his Round of 48 clash over California prodigy Kolohe Andino (San Clemente, CA), 17, Aritz Aranburu (EUK), 25, and progressive Australian Julian Wilson (AUS), 22. Reynolds got off to a slow start in his heat, but unleashed a savage backside 360 air and earned a 9.33 for the maneuver, the highest single-wave score of competition. The regular-footer immediately backed up the wave with another excellent ride to secure his victory.

“It was fun out there,” Reynolds said. “I kind of just sat off to the left of everyone and took it easy. I didn’t really get any waves in the beginning and Kolohe got an 8 in the beginning for a small wave, so I knew if you were to get a set wave, anything you did was going to be a good score. That 9.33 was really important, I was looking pretty bad in the beginning and that definitely turned the heat for me.”

Thiago Camarao (BRA), 23, took an exciting come from behind win in the dying minutes of his heat when he boosted two air-reverses on a set-wave to garner an 8.93 out of 10 to launch from third to first.

“Adriano was just beside me and we were hassling a little bit, but he let me go on that wave,” Camarao said. “I knew I should do my best. I needed a huge score and there was a good air section at the end. I knew I had to go for the air.”

Camaro’s win was no easy task, as he defeated fellow countrymen Adriano de Souza (BRA), 24, and Miguel Pupo (BRA), 19, to take the victory.

“I was so excited because Adriano (de Souza) is a legend in Brazil,” Camarao said. “What he has done for Brazilian surfing is amazing. Everything he has done has brought Brazilian surfing to the top. When I saw I was with him and Miguel (Pupo), who is coming from really good results, I knew it was going to be a gnarly heat. I knew I had to surf my best.”

Taj Burrow (AUS), 33, looked lethal in his Round of 24 heat and unloaded an impeccable variety of forehand maneuvers on two righthand runners, earning a 15.27 out of 20 heat total to dispatch of fellow elite ASP World Title campaigner C.J. Hobgood (Satellite Beach, FL), 32.

“I was excited out there,” Burrow said. “It’s got that light wind and the right tide. You can kind of keep your board moving the whole time, so it was good, I liked it. I’m looking forward to getting to the end and hopefully I can hold the check.”

Courtney Conlogue (Santa Ana, CA), 17, kept her chances of winning the Women’s Nike US Open of Surfing alive when she capitalized on her local knowledge of Huntington Beach to defeat veteran competitor Silvana Lima (BRA), 26, in Round 4.

“The conditions are really tricky and I didn’t know whether to go frontside or backside, I stuck to my backside and it ended up working really well in that heat,” Conlogue said. “I have a game-plan out there but it’s constantly changing with the tide filling in.”

Conlogue, current No. 7 on the ASP Women’s World Title Series, was relieved to avoid a 9th place finish and hopes to continue her form tomorrow.

“The Round 4 heats, you really want to get through them because a 9th place result isn’t the best,” Conlogue said. “I was really looking forward to making it to the Quarters and hopefully I make it to the Semifinals in my next heat tomorrow.”

Conlogue will face off against freshly-crowned ASP Women’s World Champion Carissa Moore (HAW), 18, in the Quarterfinals.

“It’s hard when you have those heats,” Gilmore said. “I knocked out Sally (Fitzgibbons) in France when she was going for the World Title and I know it’s a miserable feeling to lose, but at the same time you want to win. No matter what’s on the line you’re going to go for it. Mel (Bartels) is an exceptionally great surfer and I don’t know why she doesn’t make more finals. I’m sure she’ll be back, she surfs great and we’ve seen her fall off the tour before and she’ll probably come back hungry and surfing even better.”

Tomorrows schedule will see the completion of the men’s Round of 24, men’s Non-elimination Round of 12 and the ASP Pro Junior Women’s Semifinals. Wrapping up the day will be the Hurley Pro Trials.

The Nike US Open of Surfing represents a massive action sports festival which also includes Skate, BMX, Art, Music and Fashion shows all of which are free to the public. 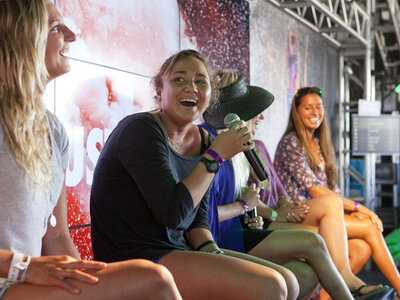 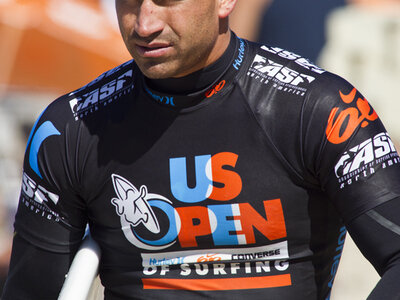 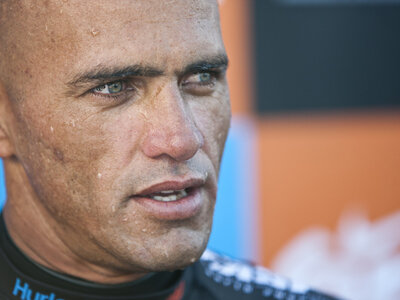 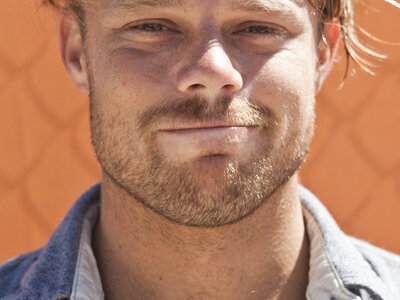 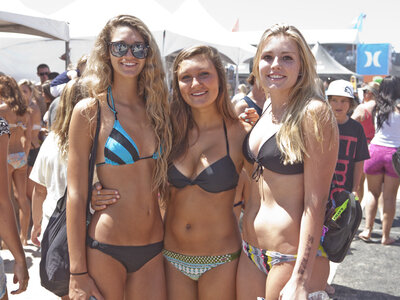 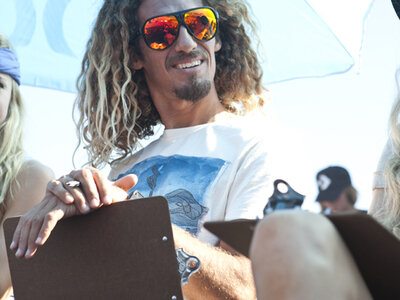 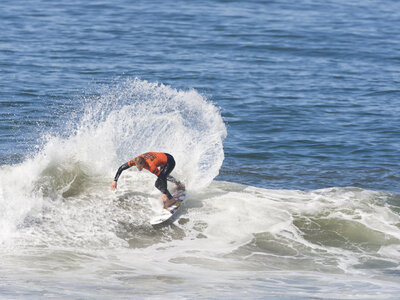 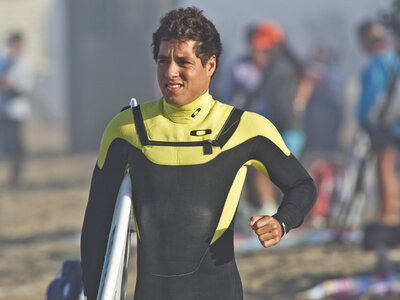