Light off-shore winds and 2-3ft (1m) lines pulsed at the main event site of Ribeira D’Ilhas allowing for some excellent high performance surfing. The high tide forced a halt to Round Three of competition with the final three heats to be run when competition resumes tomorrow.

Jeremy Flores (Capbreton/New Caledonia, FRA) 22, was on fire and looked sharp and lightening fast on the tricky rights. The smaller swell meant flatter sections and excellent reading of the waves was needed to obtain the major scores. Getting a quick start to open his account with an 8.33, Flores found his rhythm and built a massive 17.00 two-wave heat total.

“My board is going good at the moment. It’s the one I used in Peniche when it was about 6ft and powerful and I rode it now in 2ft, soft waves and it went ok. I got into a rhythm with some fun waves running along the reef which allowed me to get in a few turns.”

A simple tactical plan and only three men in the heat allowed Flores the room to move during the 25- minute clash. “The game plan out there today was really just to catch anything because you never know what the waves will do. Some have a good inside section and then the big ones have a good outside section and then they just die off. In three man heats it is better with a lot less hasseling for waves.”

Leading into the crucial man-on-man stage of the Quiksilver Pro Portugal, Flores explains the importance of this concept at the point break of Ribeira D’Ilhas
“Especially here man-on-man heats are good. There are let’s say four really good waves every heat so sometimes in four-man heats you don’t get that good wave. With man-on-man I think we won’t miss any of them.”

Not to be out done, Josh Kerr (Gold Coast, AUS) 26, in the final heat before the high tide stoppage scored the wave of the day punting a forehand air-reverse in between a series of snaps to claim a 9.33 out of ten. With a 7.67 to add to that, Kerr equalled Flores’ display with a 17.00 point total as well.

“I was actually the widest out of everyone and the wave kind of by-passed the guys and I got to luck into it,” explained Kerr. “I was tripping that a section popped up. It is hard to see the sections because it is so clean out there now with no wind. I didn’t know if it was going to be a section or if it was going to peter out and luckily I got to do an air-reverse off it so I’m stoked.”

Frederico Morais (Cascais, PRT) 18, advanced along with Kerr to find himself with his best career result in a major ASP Star Series event. Knowing the tide was filling in and afraid of a wave starved final stage, Morais got his score count going early. Modest scores mixed with well thought out wave selection secured his pass into Round Four of the Quiksilver Pro Portugal. “This is the best result of my career and the first time for me in the man-on-man round in a big event. I have competed in two-man heats in the Pro Juniors so I am going to give my best and show I can surf.”
Morais can consider himself fortunate to have had many years of experience at Ribeira D’Ilhas despite his young age and guidance from the watchful eye of local legend Tiago Pires (PRT). “I used to stay at Tiago’s place surfing here and I used to come here with my dad on the weekends so I have surfed a lot at this break. It is not easy to surf this spot as it breaks here on the inside and then on the outside too so he (Pires) helps me a bit with strategies for here.”

Jonathan Gonzalez (Tenerife, CNY) 30, kept his campaign rolling with another strong performance which never looked in doubt. Building on a series of recent results Gonzalez is finding the confidence he was lacking in the first half of the season.
“I went out with the same plan as yesterday and that was to get off to a quick start and then try and keep going and build on that start. Today I got that 8.00 and from then on I was more relaxed.”

Sandwiched between fellow Brazilians Leonardo Neves and Beto Mariano the task on paper looked daunting however following his consistent plan of attack, Gonzalez weaved his way onto a backup score thus avoiding any possible shut down from his opponents. “I was lucky to get a few more average waves because there are not many and also I was up against two Brazilians in my heat and it was tough for sure. I am going to keep with the same game plan and hopefully keep it all together and on a roll.” Justin Mujica (PRT) 33, advanced behind an inform Hodei Collazo (EUK) into Round Four of competition. Throwing caution to the wind, Mujica laid down some trademark forehand smashes on his first wave to nail an 8.00 and a comfortable second placing. Mujica now finds himself pitted against Jeremy Flores in his next encounter and the thought does not daunt the former ASP European title holder.

“Any result here will be good for me and I am stoked to be in the contest. I have nothing to lose so I am going to go back out there again to do my best. It will be a tough heat but I don’t care, he (Flores) is not unbeatable and maybe he is in better shape than me but it is already a great result for me so let’s see what happens.”
On somewhat of a comeback to full time competition, the flamboyant Mujica, originally from Venezuela, hopes with results like those achieved so far in the Quiksilver Pro Portugal will help his return to the winner’s circle.

“I had a couple of bad years so I had to make some choices and now I have been making a couple of trips. My team manager is supporting me a lot so maybe with a couple of results I can get back a little bit more of my goals. Surfing is so complicated but step by step is the way to go big.” Adrien Toyon (REU) 21, was pleased to get into Round Four with a real chance to advance even further. One of the stronger backhand surfers in the event, Toyon looks comfortable where many others have struggled. If the swell increases again overnight Toyon is very capable of causing more than one upset.

“I am happy with the result so far and I hope I can get through a few more heats because I feel good at the moment. I have been training pretty hard the last month and I surfed in Brazil and now I am here on this point break so I am so stoked.”
“I don’t think there is an advantage for guys on their forehand,” explained Toyon. ”You really have to catch the best waves and surf them the best you can. On my backhand I am ok. I feel my legs are a bit sorer now because I did maybe ten backhand turns on the wave but I like it.” (laughs) Surfers competing in the Quiksilver Pro Portugal are out to claim valuable ASP World Ranking points in their endeavour to qualify for next year’s elite ASP World Tour. European surfers are on stop nº 10
of 12 in their bid to claim this year’s ASP European Men’s Title currently lead by Marc Lacomare(FRA). 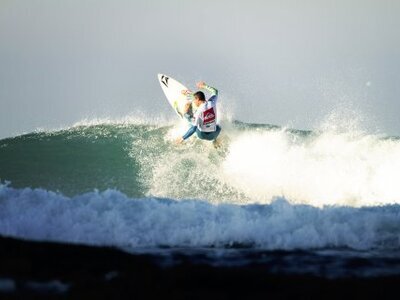 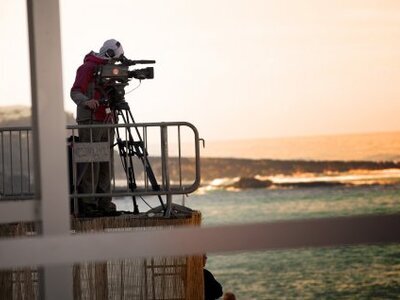 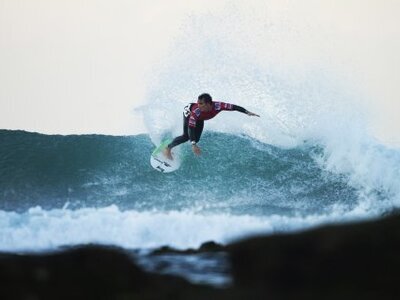 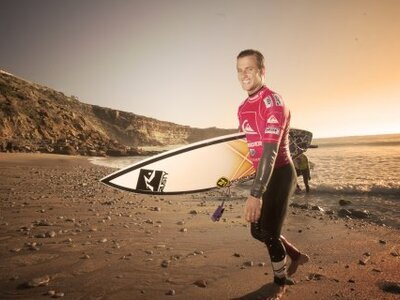 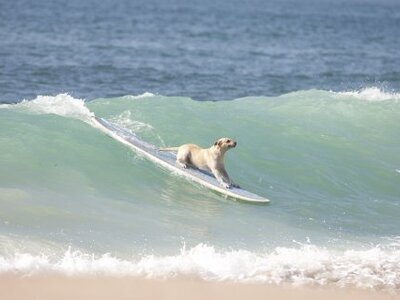