LOWER TRESTLES, California/USA (Friday, September 17, 2010) – Clean four-to-six foot (2 metre) waves pumped through the lineup at Lower Trestles today with the greatest assemblage of surfing talent in history unloading a barrage of high-fi performances as the Hurley Pro at Trestles completed Rounds 3 and 4.

Event No. 6 of 10 on 2010 ASP World Tour, the Hurley Pro at Trestles is the first event in history to activate the new 36-man competitive format, including the on-elimination three-man Round 4, and today’s experience proved a resounding success. Owen Wright (AUS), 20, 2010 ASP Dream Tour rookie and current ASP World No. 10, scored one of the greatest comebacks in ASP history today, vaulting past former nine-time ASP World Champion Kelly Slater (USA), 38, and C.J. Hobgood (USA), 31, in the last three minutes of their Round 4 bout.

“The start of the heat was really tough for me,” Wright said. “I was out of rhythm and the other guys were catching all of the waves. I was kind of stuck in a rut. Then that set came through and I got started. C.J. (Hobgood) paddled for one and just missed it and I paddled wide and a bomb set came to me. It was the best wave I’ve ever caught out there. It was just such a smooth wave, it actually felt like Bells.”

With the activation of the new 36-man competition format, Wright’s Round 4 victory advances the young goofy-footer directly into the Quarterfinals while Slater and Hobgood will have to battle through Round 5. “I’m really stoked to get through to the Quarterfinals,” Wright said. “I’m guaranteed a 5th at least and I’m pretty stoked with that. I’ll definitely be looking to go a bit further. I feel like this wave really suits me, but it suits everyone as well, so I’ve just got to keep doing my thing and hopefully we keep getting perfect waves like that again tomorrow.”

Mick Fanning (AUS), 29, reigning ASP World Champion and current ASP World No. 6, was in lethal form today, surgically dismantling several Lowers righthanders while taking out an impressive Round 4 heat, hosted in a flurry of high-quality sets. “The three-man Round 4 is way gnarlier,” Fanning said. “I went out there and I was thinking ‘yeah, just stick to your game plan,’ but everything happened so fast. We had sets the whole time and there were three guys that I knew could get big scores. I knew anyone could win, it was pretty much just whoever surfed the best. It was fun, but it was really nerve wracking though.”

Fanning’s Round 4 victory saw the defending event champion move directly through to the Quarterfinals while forcing Kieren Perrow (AUS), 33, and Chris Davidson (AUS), 33, to Round 5 in the process. “I’m into the Quarterfinals now, I have a result,” Fanning said. “The lowest you want is the Quarters and when you lose at this stage in the game it sort of plays with your head a little bit. You start wondering if you have to change anything, anyone one of those guys you come up against in Round 5, that’s an extremely hard round.”

Jordy Smith (ZAF), 22, current ASP World No. 1, blasted a series of progressive maneuvers including two airs on a steep righthand wall to amass one of the highest single-wave scores of the event, an impressive 9.60 out of 10 to eliminate American rookie Brett Simpson (USA), 25, in Round 3. “I’m just relaxing and having fun with everything,” Smith said. “The waves are absolutely pumping. I don’t think I’ve surfed Lower Trestles like this in forever, so just to be out there surfing with a friend is a good enough achievement in itself.”

After falling to Simpson in the Final of the ASP PRIME U.S. Open of Surfing, Smith was satisfied to win the rematch against the Californian at the Hurley Pro at Trestles.
“It felt good to get one back on him,” Smith said. “To lose a hundred grand at the U.S. Open is a pretty big knock to the chin, and just to make one more round here is cool.”

Smith would continue his momentum through the afternoon, winning his Round 4 heat, but breaking two boards in the process. Taj Burrow (AUS), 32, current ASP World No. 3, tore into today’s idyllic conditions, dominating his Round 3 heat before posting an impressive win in Round 4. “I’d have to say that’s the most rippable surf I’ve ever been in for contest, free surf, anything,” Burrow said. “It’s as good as it gets for turns – it doesn’t get any better. I can’t believe our luck. Whoever wins this thing has really earned it because you have to go so mad to get a score.”

Dane Reynolds (USA), 25, current ASP World No. 4, is one of the surfers capable of ‘going mad’ at Lower Trestles as the young Californian posted the highest heat total of the event, an 18.50 out of a possible 20, for an incredible display of progressive surfing in Round 3.

“I’m a big fan of watching good surfing, especially the risky stuff,” Reynolds said. “Jordy (Smith) pulls out ‘Supermans’ in heats all of the time and I’ve never tried one in my entire life. There’s a fine line between a ‘Superman’ being like ‘eeehhhh’ and that one was really nice, so it was good to see. I hate being first heat because I like to watch everyone surf and have these guys getting my psyched up.” Reynolds was unable to advance through his afternoon Round 4 heat, and will face Damien Hobgood (USA), 31, in Round 5 of competition tomorrow morning. Surfline, official forecasters for the Hurley Pro at Trestles, are today’s conditions to increase through tomorrow.
Event organizers will reconvene at 7am tomorrow to assess conditions for a possible 8am start to the final day of the Hurley Pro at Trestles. When competition resumes, up first will be Kieren Perrow (AUS), 33, against C.J. Hobgood (USA), 31, in the opening heat of Round 5. 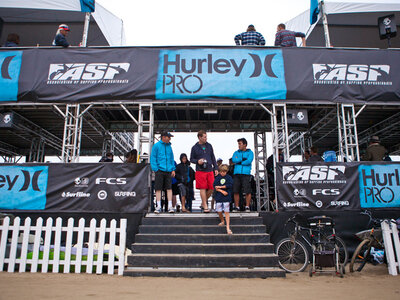 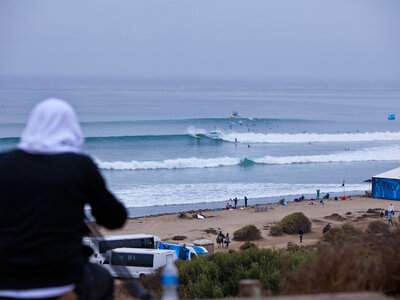 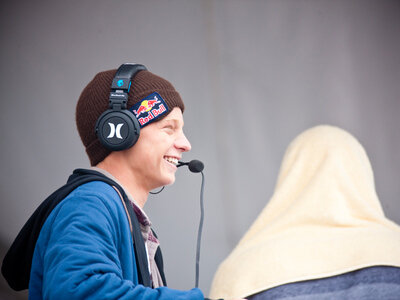 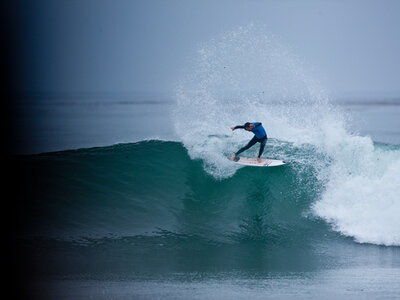 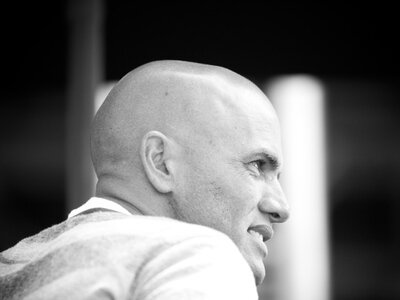 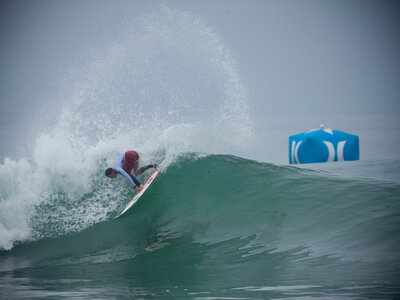 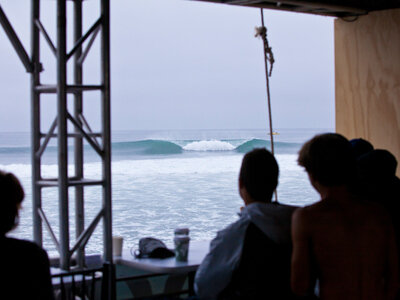 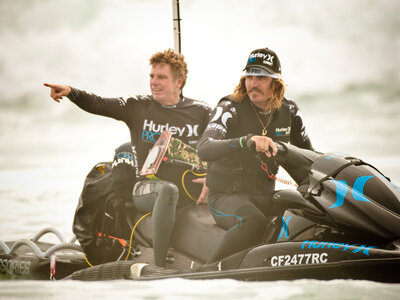