Parkinson easily accounted for Brazilian wildcard Heitor Alves (BRA) in his 40 minute, Round 2 encounter, locking in two 'Backdoor' barrels for a combined heat total of 10.83 points to Alves' low scoring 5.84. Parkinson made a stirring return to competition following seven months rehabilitation from injury by winning the first jewel in the Crown, the Reef Hawaiian Pro in November. Following his quarter final finish at Sunset Beach last week, Parkinson now only has to advance from his next heat against Owen Wright (AUS), and the 29 year-old will make history as the first-ever Aussie to claim three prestigious Vans Triple Crown titles.

"The current was just roaring out and you had to paddle in the whole time and it was so hard to pick the right wave. But I got a couple five piont rides and it was enough," said Parkinson. "I've enjoyed my winter so much, winning the Vans Triple Crown of Surfing it would just kinda be the icing on the cake. Especially after the year that I've had. It would mean a lot to me, to know I can still win something, that I can still win in Hawaii."

Bruce Irons (HAW), Hawaiian surfing legend and brother to the late, three-time World Champion, Andy, also made an emotional return to competition today, flying in from Kauai just hours after the birth of his nephew, "Andy Axel Irons".

Mom, Lyndie, introduced the healthy baby Andy to the world at 8:00am local time after a successful birth at Wilcox Memorial Hospital near the Irons' family home in Kauai.

Bruce, a former Pipe Master (2001) bowed out of competition today, going down to Australian Tom Whitaker (AUS) in a wave starved but emotionally charged clash with Tom Whitaker (AUs) but had every reason to smile.

"I was at the hospital at eight o'clock, the baby came out, some guy gave us a private jet, picked us up at the airport, flew by the (Pipeline) lineup and parked at Mokuleia, and we drove right here," said Irons.

Whitaker, who ironically received his place in the event as Andy's replacement, bowed out later in the day to Patrick Gudauskas (USA). A new father himself, he shared the joy of the Irons' family.

"It was just an emotional heat, life's not about getting through heats anymore, it's about loving people. Little Andy was born this-morning and Bruce was there. I've got a little boy now too, so we just connected. Today was always going to be an emotional heat," said Whitaker.

While Vans Triple Crown Rookie of the Year Julian Wilson (Aus), 22, wasn't competing in this event, results from today confirmed that he has earned a berth on the 2011 ASP World Tour. Dusty Payne (Haw), today's top heat scorer, is on the 'bubble', needing a strong result here to qualify, but others set for the 2011 tour include Raoni Monteiro (BRA), 28, Josh Kerr (AUS), 26, and Alejo Muniz (BRA), 20.

Payne, 21, 2010 ASP World Tour rookie, currently sits at No. 36 on the ASP World Rankings in need of at least an Equal 9th to vault himself into a requalification spot for 2011, but the young Hawaiian is calm when discussing his campaign at Pipeline.

"There's no pressure," Payne said. "If you have it (pressure) you can fall and blow it. So just keep your head up and do your best. That's all I'm working on."

Following his emphatic Round 1 victory, including the day's high heat total of a 15.10 out of a possible 20, Payne notched in some late heroics in Round 2, netting a rare barrel up the beach at Gums.

"I nearly started the heat at Gums but decided not to and ended up at Backdoor," Payne said. "Then I was watching these really good barrels come through up there and decided to head up there. There's not any current at Gums so I was just sitting there by myself and Andy (Irons) sent me a good one. I didn't think I was going to get barrelled in that heat, but there it was."

John John Florence (HAW), 18, current ASP World No. 72 and wildcard into the Billabong Pipe Masters in Memory of Andy Irons, utilized his extensive knowledge of the challenging break today, scalping Kai Otton (AUS), 30, and Dean Morrison (AUS), 29, en route to Round 3 of competition.

"It's tricky out there but there are still some good barrels," Florence said. "I'm just happy to get to paddle around out there with only a couple guys and get some waves. I'm comfortable here and hopefully the waves improve in the coming days."

Florence has drawn reigning 10-time ASP World Champion Kelly Slater (USA), 38, in Round 3 of competition. Event organizers will reconvene tomorrow morning at 7am to assess conditions for a possible 8am start. When competition resumes, up first will be defending Billabong Pipe Master Taj Burrow (AUS), 32, up against Matt Wilkinson (AUS), 22, in the opening heat of Round 3.

The final stop on the 2010 Women's Vans Triple Crown will see the current top four surfers on the ratings after the first two jewels, Tyler Wright, Stephanie Gilmore, Coco Ho, and Alana Blanchard (HAW), 20, battle for the prestigious ASP Specialty Series title in a one-heat battle at Pipeline, the Vans Duel for the Jewel. The event will take place during the Billabong Pipe Masters waiting period, December 8 through 20, 2010. 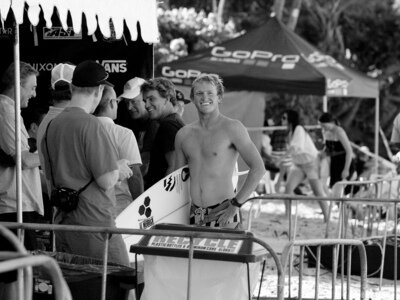 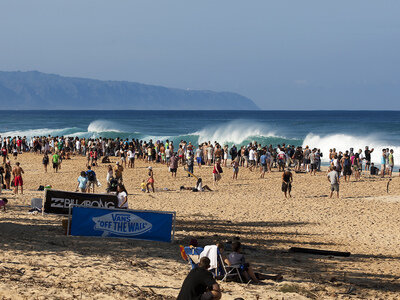 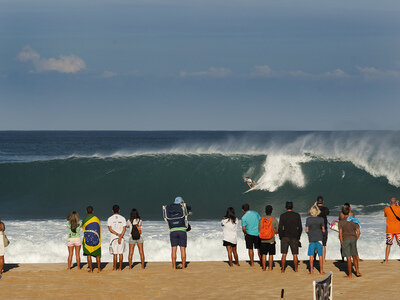 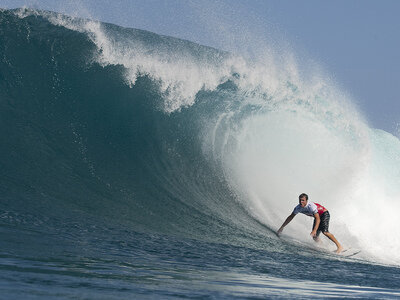 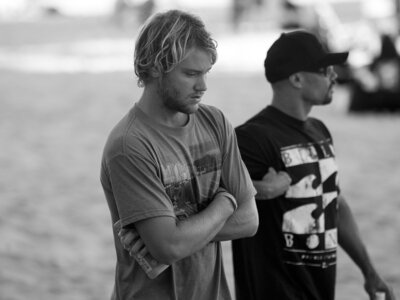 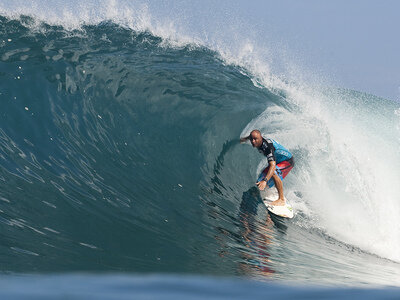 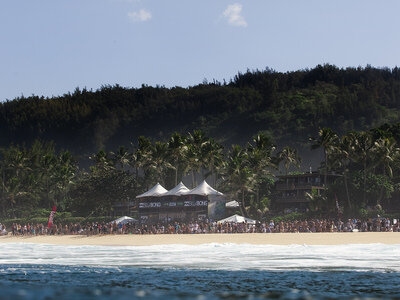 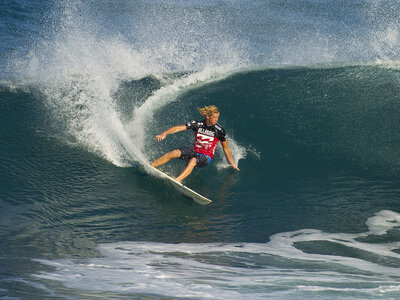