Flores is the first European surfer in the 40-year history of this event to write his name in the champion's honor roll. This was the first major win of his six-year career and his largest pay check - $75,000. He was also personally presented with a handmade Gerry Lopez surfboard by the legendary Pipe Master himself and ended the year ranked 9th in the world.

"It's such a dream," said Flores, who was the youngest surfer in history to qualify for the ASP World Tour in 2007, at age 18. "I've been coming to Hawaii for so long. This is my favorite place in the world. Thanks so much to everyone. And from my little island Reunion Island, where I'm from, it's just as small as here."

Flores employed steely faith and patience in the critical heats he surfed today, taking down Kieren Perrow (AUS) in the final and Kelly Slater (USA) in the semi finals with last minute tube-riding charges in clean four-foot surf. For Perrow, this was the first final of his career. Perrow's consolation was the top wave-score of the day: 9.7 in his semi-final against Dane Reynolds (USA). Reynolds and Slater finished equal third overall.

When talking of his last-minute ability to turn the heats today while under crazy pressure: "Never give up," said Flores. "I'm not going to give up. It's the final. It's the Pipeline Masters. It's everything."

The 2007 ASP Rookie of the year rode a board with an Andy Irons image on it in honor of his incredible surfing performances at the Billabong Pipe Masters.

"AI Forever! He's my idol", Flores said after his win. "I grew up watching him and I dedicate this victory to him."

Slater, 38, was a key component in all major outcomes today after his elimination of Adrian Buchan in the Quarter-finals allowed Joel Parkinson (AUS) to achieve an historic third consecutive Vans Triple Crown Title. It is only the second time in the sport's history that a surfer has won this many Triple Crown titles.

After losing yesterday in round three, Parkinson, 29, had to watch his third consecutive Triple Crown title unfold from the sidelines. If Adrian Buchan made it to the final, he would have stolen the title from Joel. Parkinson won $10,000, a one-of-a-kind $10,000 Nixon watch for his position as the most consistent performer across the Vans Triple Crown series. He won the first stop at Haleiwa, returning from an injury that took him away from the ASP World Tour for six months; he reached the quarter finals at Sunset Beach, and finished equal 13th here.

"It's really sweet this year," said Parkinson. "I had close calls a couple of years, with Andy one year when he had to win the final to win the Triple Crown and he did. He took the money, the cars, everything from me," he laughed.

"Thanks for everything, I'll be back next year."

Slater was satisfied with his year but, always the perfectionist, blamed himself for an error in judgement that saw him let Flores get the deciding wave in their heat : "I had a really good year. I feel a little bummed to finish it the way I did, I just let Jeremy get a wave. I had priority and it was my wave to take but I let him get a wave. He's in the final now. A little mistake but that's the way it goes. I feel like I spend my whole year looking forward to getting back to Hawaii." 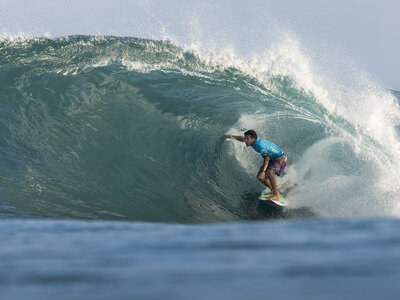 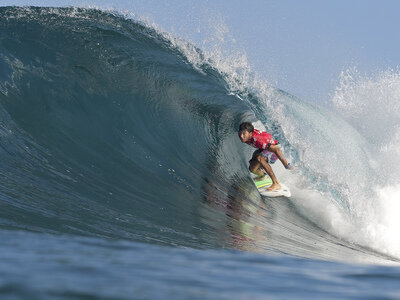 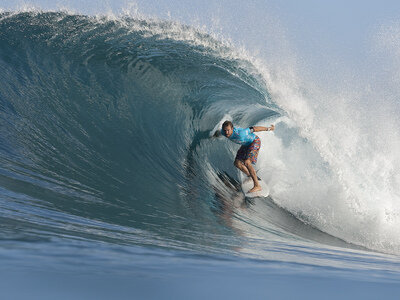 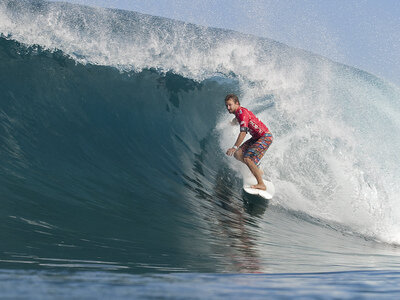 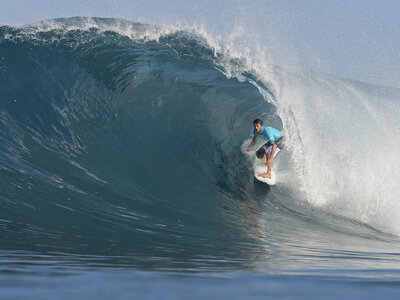 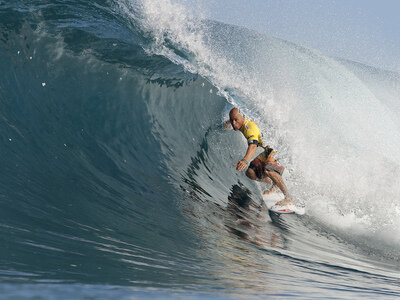 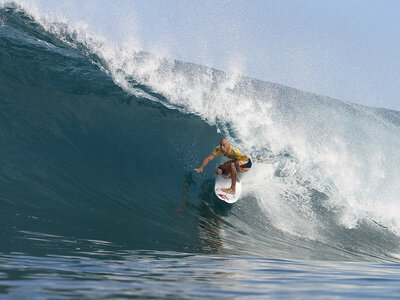 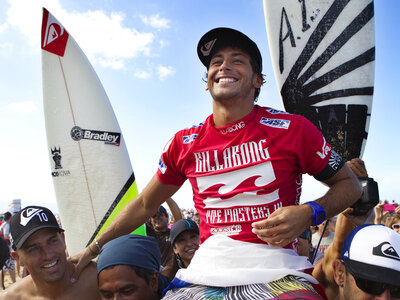