LOWER TRESTLES, California/USA (Sunday, September 12, 2010) – Day 1 of the Hurley Pro at Trestles went off with clean three-to-four foot (1.5 metre) waves rolling through one of the world’s most rippable waves in Lower Trestles and the newly-minted ASP Top 34 took elevated the performance level yet again.

Event No. 6 of 10 on the 2010 ASP World Tour, the Hurley Pro Trestles completed Round 1 and the opening 5 heats of Round 2 today, with the world’s best surfers taking to the Trestles canvas with reckless abandon.

Dane Reynolds (USA), 25, current ASP World No. 4, stumbled in the opening heat of the morning, losing to an in-form Chris Davidson (AUS), 33. Despite his relegation to the elimination Round 2, Reynolds put in a sensational afternoon performance, blending backhand fin-free maneuvers with a brutal forehand assault to collect the highest heat total of the event, a 17.70 out of a possible 20, to dispatch lethal, local wildcard Kolohe Andino (USA), 16.

“I was nervous going up against him (Andino),” Reynolds said. “I hate surfing against
younger kids. If I surf against someone like Davo (Chris Davidson) I know what to expect, I know how he’s going to surf. Kolohe (Andino) can do huge moves and that’s usually my deal that I can pull out against other guys, so I was a little nervous going out there, but I got my bearings straight and got a couple of sets. I felt like every time a set came I was on the second one and it had a nice wall.” Jadson Andre (BRA), 20, 2010 ASP Dream Tour rookie and current ASP World No. 11, took out his first elite career win earlier this year in Brazil, and continued to exhibit the form that has made him one of the most exciting surfers in the world. The fleet-footed South American executed a number of high-risk aerials on his forehand to net a 17.03 out of a possible 20, taking top honors for Round 1.

“This wave is amazing for me,” Andre said. “I think Trestles is one of the best waves and it fits my surfing. I’m hoping to get a good result here because that left is just amazing. The right is amazing too. The current, the wind, everything felt perfect.”
Mick Fanning (AUS), 29, reigning ASP World Champion and current ASP World No. 9, survived a hard-fought Round 1 heat this morning, scoring an excellent 8.67 in the last 10 minutes before backing it up and taking the win.

“Halfway through, I was thinking that it was going to be one of those heats where I get nothing and the other boys get everything but that one wave came and turned the heat,” Fanning said. “I just tried to get the score I required and got a bit lucky. Some people say that they don’t really care about winning in the first round, but it’s sort of a good mental edge to win that first round. No one really likes being in that second round. It’s good just to move on.”

The defending event champion, Fanning is one of the favorites to repeat this season, but remains humble when discussing the remainder of the event.“I’m just going to take it heat by heat,” Fanning said. “I have a lot of work to do and it’d be awesome (to win two years in a row). There is a good bonus at the end of it, but first and foremost, I need to make it through more heats.”

Taj Burrow (AUS), 32, current ASP World No. 3, took out a convincing Round 1 victory over local Patrick Gudauskas (USA), 24, and newly instated ASP Top 34 member Gabe Kling (USA), 30, with some impressive surfing on his backhand.“I normally don’t look to go left, but I noticed they had some really good walls and there’s always a ramp on them,” Burrow said. “I’ve been free surfing out here a bit and had a couple of airs in my free surfs on the left, so I figured why not throw it out there in a heat. You’ve got to look for both waves, but I was definitely thinking lefts more than rights for that heat. Everyone is lethal out there, especially Pat (Gudauskas) being a local guy. It’s just about picking those good ones and doing your thing because there are a lot of good guys in this event.”

Jordy Smith (ZAF), 22, current ASP World No. 1, posted a confident Round 1 win this morning, manhandling the performance-oriented Lowers lefts and rights to advance directly to Round 3.“It’s always good to get an opening round win, but I think the best thing about having the number one on my back is you get a pretty good car park spot up at the top,” Smith said. “I think it’s the best part because you don’t have to walk too far. The waves are pretty fun down here, there is some good surfing going down and I’m sure it’s only going to get better throughout the day.”
Currently the frontrunner in the race for an inaugural ASP World Title, Smith maintains his focus on the present.

“Every contest is important to get a result,” Smith said. “I’m just having fun and enjoying this event and enjoying this year and trying not to take it too serious.”
Matt Wilkinson (AUS), 21, 2010 ASP Dream Tour rookie, narrowly survived the ASP’s midyear field reduction at the last event in Tahiti, surviving while knocking out teammate and former ASP World Junior Champion Kekoa Bacalso (HAW), 25.“It was really tough because I had a heat with one of my friends Kekoa (Bacalso) and whoever lost that heat was going to be knocked off tour,” Wilkinson said. “I got through and I was super stoked and he was out there super bummed and it was kind of hard because I wanted to show emotion, but I felt bad doing it because he was out there so sad. I guess that’s what you have to do and I’m happy to be here.”Currently ranked No. 24 on the 2010 ASP World Title Race rankings, Wilkinson understands that the marathon back half of the season will be ever-important in his race for requalification.

“I’m pretty excited,” Wilkinson said. “I’m away from home until the 20th of December so that’s going to be tough, but these next few events I think suit my surfing and I definitely have a bit more confidence in the second half of the year. Hopefully I can get a few results and maybe make the Top 16.”Kelly Slater (USA), 38, past nine-time ASP World Champion and current ASP World No. 2, scored a confident win in his Round 1 bout this morning. Currently in the process of hunting an unprecedented 10th ASP World Title, Slater has also been a big supporter of the recent changes made at the ASP World Tour level.“I’ve been a real proponent of a new format for years, allowing guys to surf a number of times and still be in the event,” Slater said. “You’ve got a guy like Dane (Reynolds) who went out in his heat and probably caught 10 waves and fell on eight of them and he didn’t really put on a great performance for him. That’s going to happen with a lot of guys who want to go for it and with a couple of rounds you’re allowed to get into the fourth round and completely mess around and try a different board and take off on waves deeper than you usually would or throw the tail more. I think making it into the fourth round and you don’t lose, it’s probably better because I think the surfing level is pretty good in that round.”Surfline, official forecasters for the Hurley Pro Trestles, are calling for the swell to dip over the next couple of days before a stronger swell system moves in on Thursday, Friday and Saturday.Event organizers will reconvene at 7am to assess conditions for a possible 8am start. When competition resumes, up first will be Owen Wright (AUS), 20, up against Luke Munro (AUS), 27, in Heat 6 of Round 2. 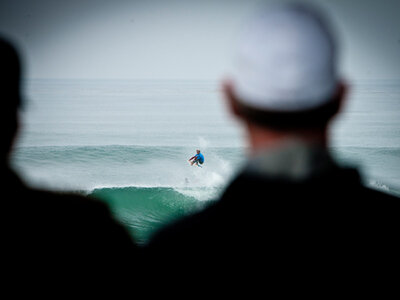 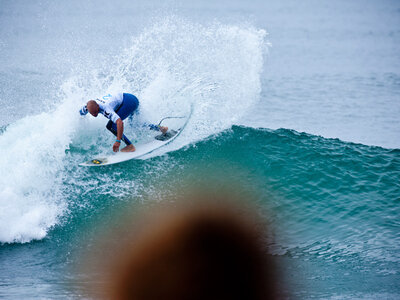 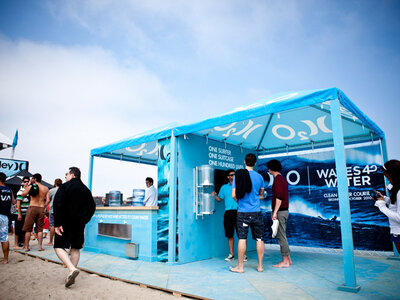 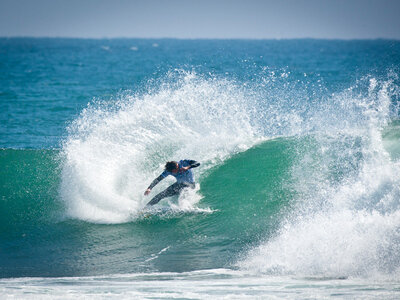 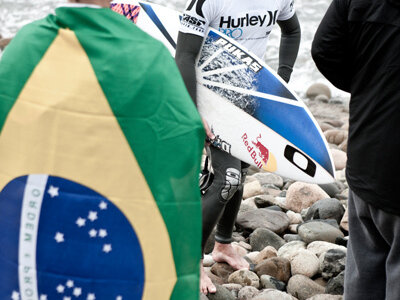 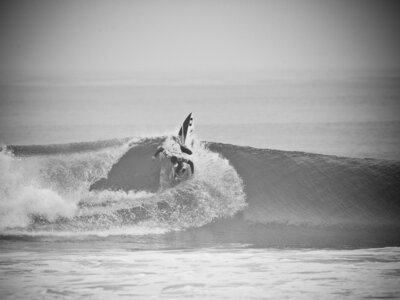